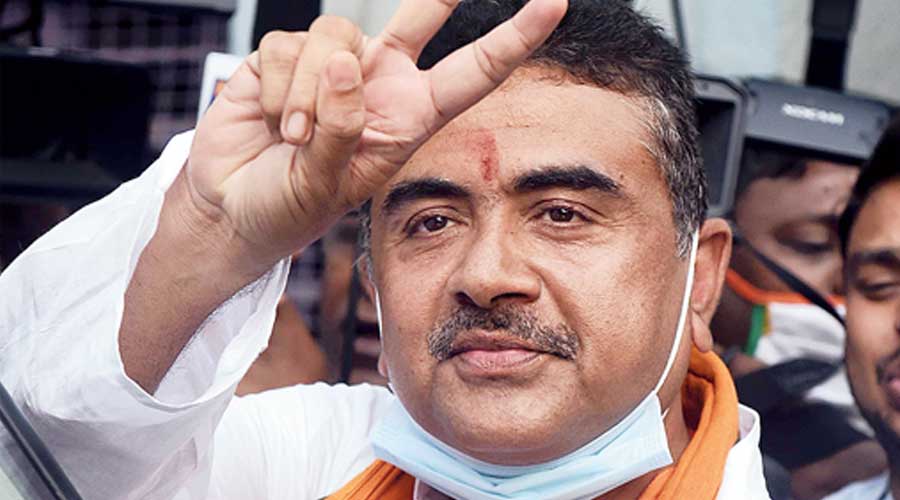 This comes in the wake of the Friday incident when Suvendu Adhikari went to the girl’s village to meet her bereaved parents.
File picture
Our Correspondent   |   Jalpaiguri   |   Published 01.05.22, 12:58 AM

A group of Trinamul youth leaders of Jalpaiguri district on Saturday reached the house of the minor girl of Maynaguri block who had been allegedly molested, and who earlier in April fatally set herself ablaze, and handed over a new bed to the girl’s family.

This comes in the wake of the Friday incident when Suvendu Adhikari, the BJP MLA and leader of the Opposition in the Assembly, along with a group of BJP MLAs and party leaders, had gone to the girl’s village to meet her bereaved parents.

While the BJP delegation was seated on a bed to talk to her parents, it cracked and collapsed. Suvendu had given Rs 20,000 to the girl’s father and had asked him to get a new bed.

Saikat Chatterjee, the Jalpaiguri district Youth Trinamul president, along with some party leaders of Maynaguri block, went to the girl’s house on Saturday.

“Suvendu Adhikari came here only to do politics. They did not do any good for the poor family but instead damaged one of their beds,” Chatterjee alleged. “That is why we felt it necessary to stand by them.”

The girl had been molested allegedly by a local Trinamul leader in February. As her family had filed a complaint with police, the accused and his associates reportedly threatened her and her family with dire consequences on April 13.

The panicky girl had attempted suicide by setting herself on fire. She sustained severe burn injuries and died last Monday battling her injuries at the North Bengal Medical College and Hospital in Siliguri.

During his visit, Chatterjee also announced that he would bear the educational expenses of the victim’s brother. Her brother, who is 10 years old, is a class IV student at a local school.