No bail prayer was moved by him, says party leader's lawyer 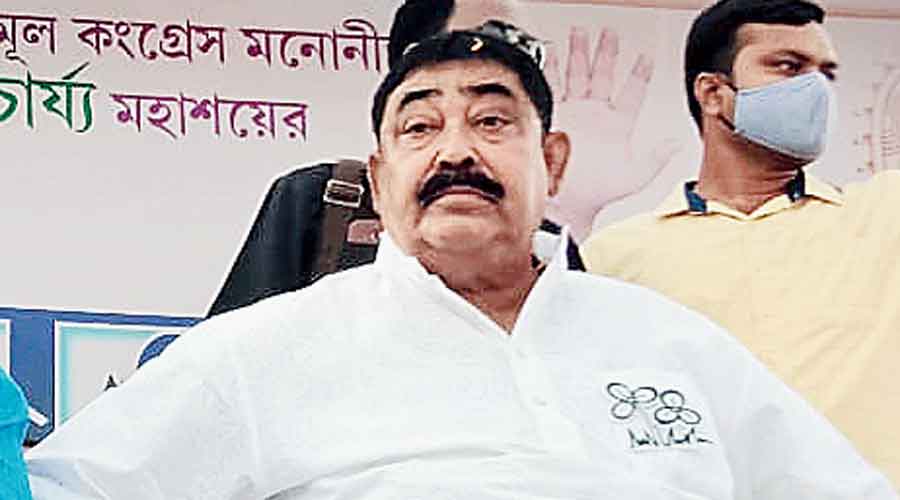 A special CBI court in West Bengal's Asansol town on Thursday remanded TMC leader Anubrata Mondal in 10-day custody of the central agency in connection with a cattle smuggling case.

The TMC Birbhum district president was arrested by CBI sleuths from his Bolpur residence earlier in the day.

The special CBI court judge remanded Mondal in CBI custody till August 20 on a prayer by the investigating agency.

The TMC leader's lawyer said no bail prayer was moved by him.

On the allegation that Mondal was not cooperating with the agency's investigation, the lawyer said that an accused has the right to remain silent and that whatever he has to say will come up during the trial.

Mondal was arrested after an almost hour-long interrogation by a CBI team that arrived at the Birbhum district president's house early on Thursday, he said.

"We have arrested him for non-cooperation in the investigation into the cattle smuggling scam. We have found Mr Mondal's direct involvement in the scam. We will question him today and take necessary action as per law," the official told PTI.

The CBI served a notice to the TMC leader under Section 41 of CrPC before arresting him, he said.

Mondal had twice skipped his scheduled appearance before the central probe agency in the last few days, citing ill-health.

Earlier in the day, a CBI team comprising at least eight officers along with personnel of central forces reached Mondal's residence around 10 am, and conducted a search operation, as part of the probe.

Mondal was grilled in a room on the second floor of his residence, the official said.

He said the CBI would also question the doctor of a Bolpur hospital who had prescribed Mondal bed rest for 14 days.

Sleuths of the probe agency are conducting raids at residences of several close associates of the TMC leader as well, the official added.