Trawlers back with fish weighing 100 tonnes

Fishermen explained that favourable weather had included over 10 consecutive days of easterly wind, known to cause fish to swim toward fresh water where nets are laid 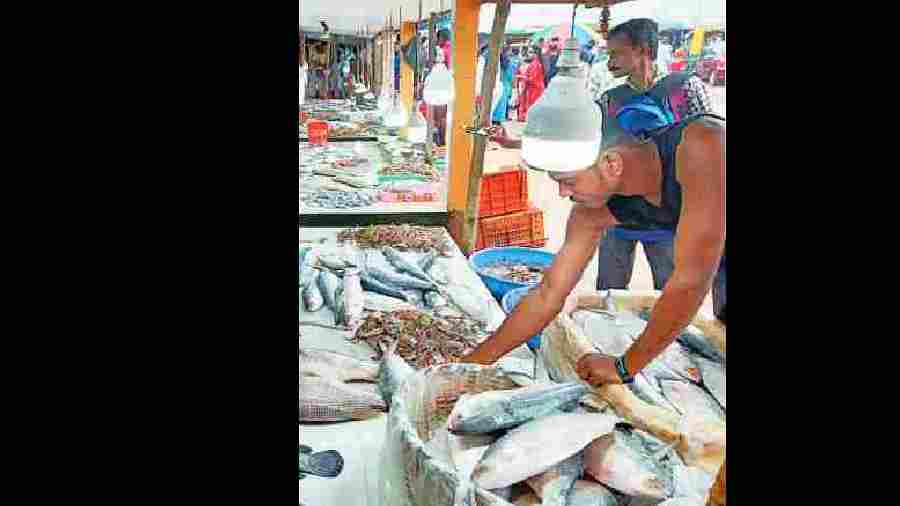 Hilsa fishermen in East Midnapore and South 24-Parganas finally saw an end to a two-year drought this week when they returned from deep seas with catch of over 100 tonnes.

As many as 3,000 trawlers from both  districts had set off last Friday for hilsa fishing. They came back on Wednesday and Thursday because of the high tide, but happy with the catch.

This week alone, the catch was over 100 tonnes.

After two years, trawler owners, operators and fish vendors  — who since 2020 have been waiting for a “proper catch” of the coveted fish — are smiling.

“The lockdown was responsible for our poor 2020 yield, and in 2021 several natural factors had altered owing to the past year's lockdown,” said a fisherman in Contai. “This year seems to be a return to the normal, pre-2020 times for us," he added.

Bijan Maiti, trawler owner and secretary of the Kakdwip Fishermen's Association in South 24-Parganas, added: “For the last two years very few hilsa had been caught in nets. As a result, trawler owners had suffered enormous financial losses. This time, the weather has been favorable for hilsa fishing for several days in a row,” he said.

He added that the size of hilsa was also better this season.

“For the past two years, the size of hilsa was small. This time, trawler owners and fishermen are getting higher prices owing to larger hilsa being caught,” Maiti added.

Fishermen explained that recent favourable weather had included over 10 consecutive days of easterly wind,  known to cause fish to swim  toward fresh water where nets are laid.

Shyamsunder Das, secretary of the Digha Fishermen and Fish Traders' Association, said: “Trawlers left again to catch hilsa today (Friday). As hilsa is now being caught in nets, the price of the fish will drop a bit over the next few days."

Asked about the reason behind hilsa weighing over 1kg getting caught in large numbers this year, assistant director of fisheries (marine), Jayant Kumar Pradhan attributed it to a lot of factors.

“Every year ,fishing in the sea remains banned from April 15 to June 15. This gives hilsa time to breed and grow. Although fishing has started for about a month now, small hilsa have not been netted. For several days, the sea breeze has also been blowing. It has rained occasionally too. All these  factors have contributed to healthier fish,” he said.