Tragedy after 8-hour battle of tuskers 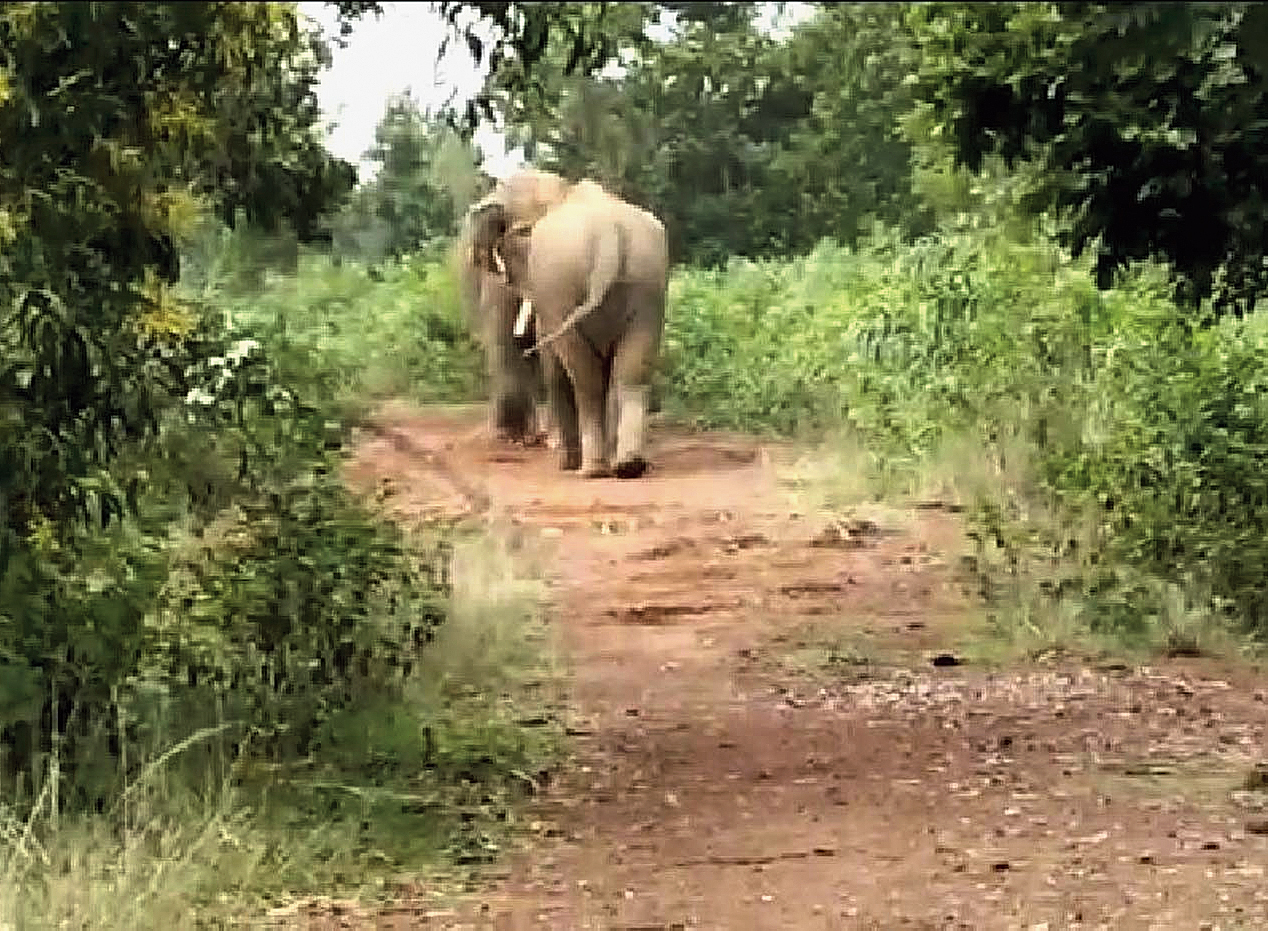 Two full-grown tuskers were locked in a fierce fight that lasted eight hours in a Jhargram forest last month before the grievously injured loser retreated, out of the forest officials’ radar. The injured elephant was finally found in a forest 20km away on Tuesday and died within half an hour.

Such encounters between elephants are not uncommon but the ferocity of the fight on October 28 stunned even seasoned foresters who have tracked herds for years.

“A hula party was alerted by the loud trumpeting of the animals during the fight. Our team reached there around 12.30pm and witnessed the fight from a distance,” a forest official of the Midnapore range said.

A hula party comprises men on improvised mini-vans armed with searchlights, fireballs and crackers and is deployed to chase away elephants.

They did not try to stop the fight because the elephants were not straying into human territory and the battle was the result of their “natural instinct”. Also, intervention could anger the two more.

Asian elephants, though smaller than their African counterparts, grow up to 10ft tall at the shoulder and can weigh up to 4,990kg (5.5 tonnes), according to National Geographic.

Broken tusks found after the battle
(Picture sourced by The Telegraph)

One of the elephants that was found injured 20km from the spot of the fight on Tuesday. It died within half an hour
(Picture sourced by The Telegraph)

The fight raged for over eight hours inside Moupal forest in the Lalgarh range. The tuskers locked their heads against each other and had their trumps intertwined, forest officials said.

At sundown, the lone tusker retreated and fled the spot. The winner let out a few trumpets before returning to his herd.

Broken tusks were collected by foresters after both the elephants left the spot.

“The loser was a loner and had probably been trying to make his way into a herd. The dominant male in the herd would not let that happen and confronted the intruder,” said Sakti Sankar Dey, chief conservator of forest (western circle).

Herds of elephants from Dalma enter the forests of Jhargram, Purulia, Bankura and West Midnapore in south Bengal every year and spend several months before heading back to Jharkhand. The forests of south Bengal are interspersed with human settlements and farmlands that provide easy source of food for the pachyderms. “Some herds have made south Bengal forests their home and do not go back to Jharkhand at all,” said a senior forest official who has tracked elephants for decades.

The injured elephant was found at Bhadutala forest in neighbouring West Midnapore on Tuesday morning.

“Our men kept looking for him but could not trace him until Tuesday morning,” said a beat official in Midnapore.

The animal was unable to move his right front leg when foresters found him. Its tusks were broken and the lungs seem to have been punctured by splinter bones from a fractured rib cage, said a forest official.

“When the tusker did not charge despite our men standing just 20-25m apart, it became clear that the animal was too weak to move,” Dey said.

The elephant was spotted around 9.30am and died around 10am, before he could be tranquillised for treatment.

The body has been sent for post-mortem but preliminary assessment by vets of the forest department suggested multiple fractures in the rib cage and punctured lungs.