Over the last few months, BJP leader has repeatedly claimed that there would be a Maharashtra-like situation in Jharkhand, Rajasthan and West Bengal 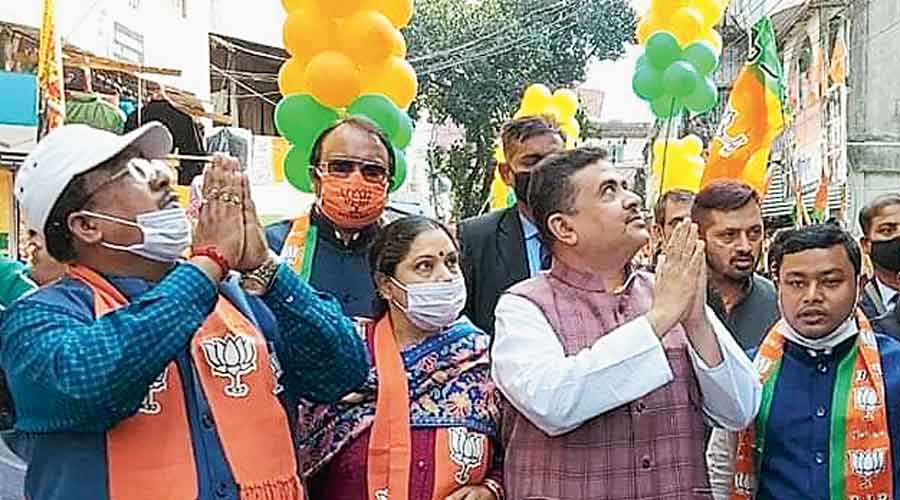 The Trinamul Congress government in West Bengal will "cease to exist" by December, and assembly elections will be held in the state along with the Lok Sabha polls in 2024, leader of opposition Suvendu Adhikari claimed on Tuesday.

Speaking to reporters in Tamluk in Purba Medinipur district, Adhikari said the stage is being set for the removal of the TMC government from the state.

Over the last few months, Adhikari has repeatedly claimed that there would be a Maharashtra-like situation in the Opposition-ruled states of Jharkhand, Rajasthan and West Bengal.

His comments drew sharp reactions from the TMC, which accused the BJP of engineering the rebellion in Shiv Sena and toppling the Uddhav Thackeray-led government in Maharashtra.

"If he can foresee things, why couldn't he predict and stop the recent political happenings in Bihar? It seems that out of frustration in politics, he has started practising astrology," state minister Chandrima Bhattacharya of the TMC said.

"Any such attempts by the BJP to topple the state government in West Bengal would be given a befitting reply," she said.