Tiger count up in Sunderbans 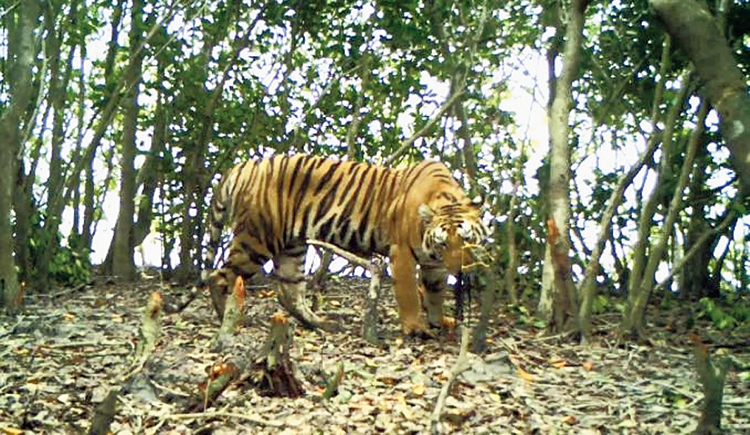 The big cat count in the Sunderbans is nearing hundred, the latest census conducted by the forest department has revealed.

The findings of the 2019-20 census shared by the state administration on Wednesday counted at least 96 in the Indian territory.

The state, however, conducts a census of the big cats every year. The 2018-19 state census had coincided with the national census.

Sightings, too, have gone up in the Sunderbans because of the lockdown, forest officials said.

“Before the lockdown, when tourists were allowed, forest officials would report not more than two sightings a week,” said Sudhir Das, the director of the Sunderbans Tiger Reserve.

The number of sightings in a week has gone up to six times since the lockdown, Das said, mainly because “launches and motorboats have stopped plying “.

Rajib Banerjee, the state forest minister, said there were 23 male tigers, 43 females and 11 cubs among the 96.

Senior forest officials attributed the rise in the number of tigers to a healthy prey base in the area.

Joydip Kundu, a member of the state board for wildlife and general secretary of the Society for Heritage & Ecological Researches (SHER), said the rise in count was shot in the arm for tiger conservation efforts.