Imagine a Lennon teaching English at 94

Teacher from Kharagpur celebrates birthday with award for role as educationist 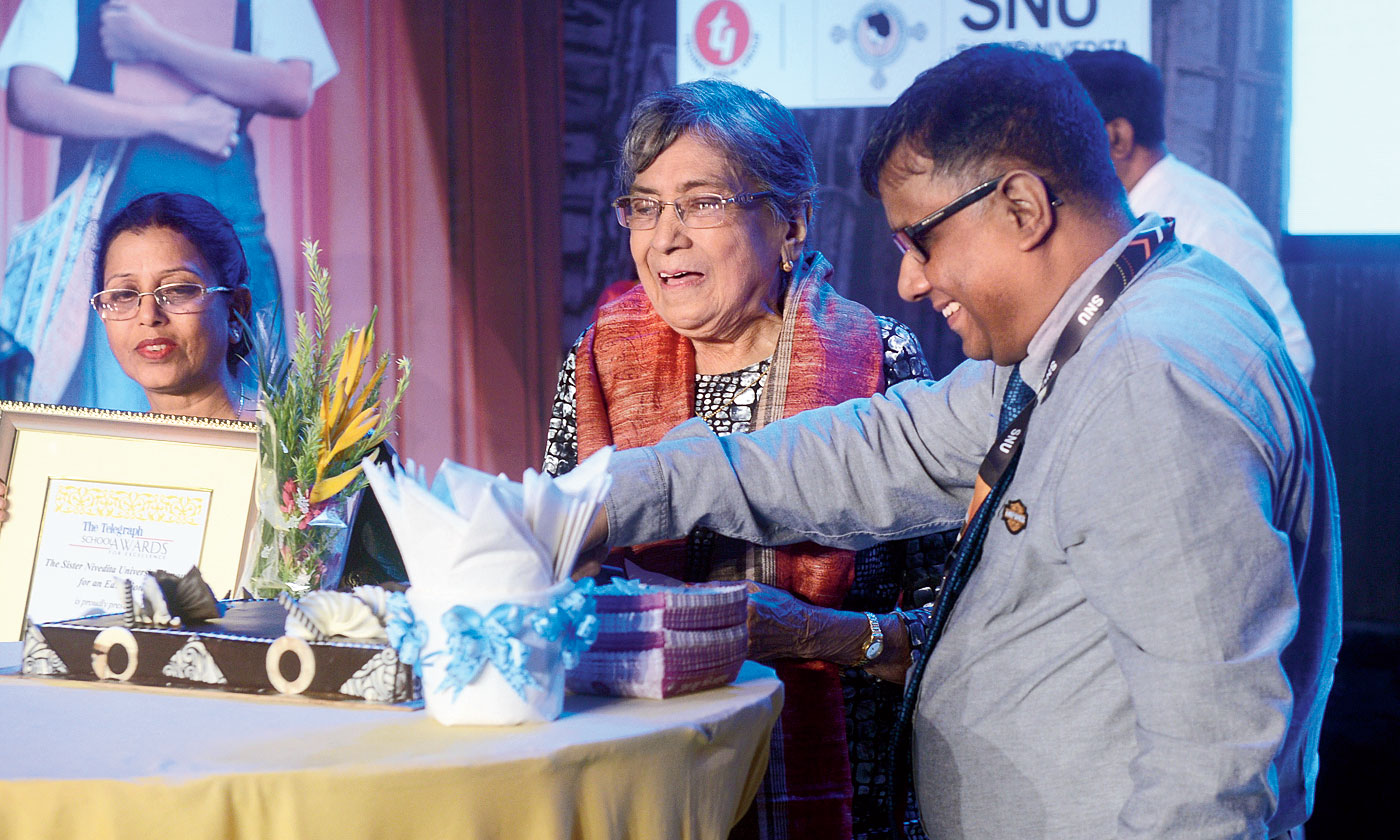 The audience at Nazrul Mancha gave a standing ovation to birthday girl Olive Lennon who turned 94 on Saturday.

The nonagenarian Lennon still teaches English to her nephew and a small group of children at her Kharagpur home. Her home is open to anyone who wants a lesson on how to teach English.

She had first entered the classroom as a teacher in 1944 when she was 19. Lennon, who was educated in Tamil Nadu where her father worked in the railways, had applied for a teaching job at the Bengal Nagpur Railway and she got posted in Kharagpur that became her home. It was here that she found her love.

“I got the job in a railways school in Kharagpur and came here in 1944. I met my husband here and he was working for the railways,” Lennon, who received The Sister Nivedita University Honour for an Educationist at The Telegraph School Awards for Excellence 2019, said.

Lennon got married in 1949 and did some stop-gap jobs for a few years. In 1954, she was back to teaching, this time as a faculty in St Agnes School, Kharagpur. She taught there till 1990 when she retired at the age of 65.

Lennon said that she had always taught primary class students.

Barry O’Brien, a trustee of The Telegraph Education Foundation, said Lennon had taught English to every family in Kharagpur.

“They say that in Kharagpur somebody or other in the family has been taught by her,” said O’Brien, while introducing the teacher to the audience.

While most people would love to lead a retired life at home at 65, Lennon took up a new challenge. “Sacred Heart Primary School in Kharagpur was looking for a headmistress and they requested me. I took up the assignment,” Lennon said in her unwavering voice.

Between 2003 and 2005, Lennon taught at a private school before finally bidding adieu to classroom teaching at the age of 80 in 2005.

“But I continued giving tuitions at my home. I teach even now but to a small group of children and my nephew. I teach now to keep myself occupied,” she said.

The “young girl” of 94 walked on her own to the dais to receive the award on Saturday. When some people tried help her on to the stage, O’Brien asked them to leave her so that she could walk on her own.