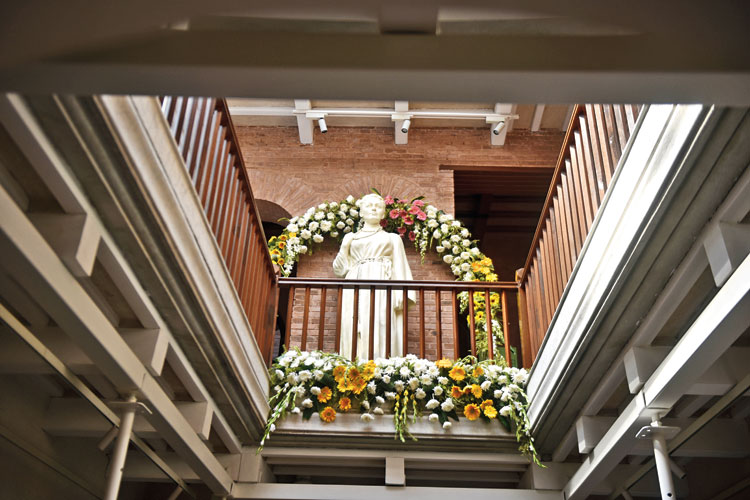 The Sister Nivedita Heritage Museum and Knowledge Centre — which offers a concise account of how Nivedita left a mark on women’s emancipation, nationalism and education — was unveiled on Sunday.

A programme was held at Girish Mancha to mark the inauguration of the museum at 16 Bosepara Lane (now 16A Ma Saradamoni Sarani) in Bagbazar.

The Bosepara Lane house was Sister Nivedita’s first permanent home in India, the country to which the nun from Ireland — born Margaret Noble — devoted her life.

The museum contains several artefacts such as Nivedita’s chair and paperweights that Acharya Jagadis Chandra Bose had gifted her. The artefacts have been collected from the school Nivedita had started and from Sarada Math, said Pravrajika Asheshaprana, a member of the museum’s advisory board.

“This is the house where a tea party with great minds, including Rabindranath Tagore, Swamiji and Jagadis Chandra Bose, had been hosted by Sister Nivedita. The first relief operation by Ramakrishna Math and Mission, following a plague outbreak, was started from this house in 1899,” Pravrajika Asheshaprana said.

The building has several galleries, in one of which there is a virtual mannequin of Sister Nivedia.