The PK playbook for Mamata: what first moves signal 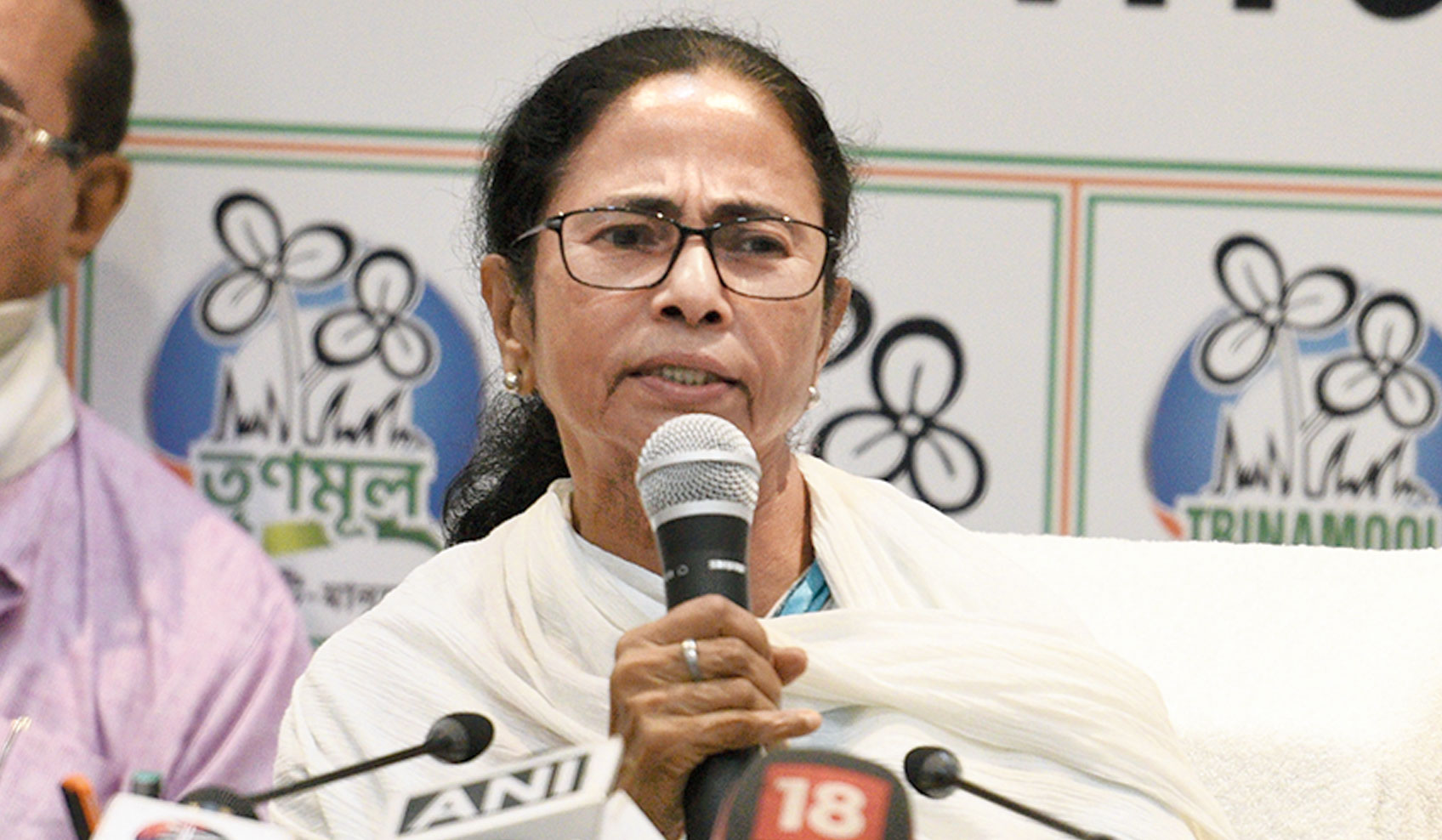 Trinamul sources said the initial burst of calls and messages can be categorised broadly into congratulatory ones thanking Mamata for giving them a chance to connect, grievances highlighting how government benefits are eluding deserving citizens and complaints against local leaders.
Picture by Gautam Bose
Devadeep Purohit   |   Calcutta   |   Published 31.07.19, 08:24 PM

Sachin Tendulkar is what he is because of his own ability and the job of his coach is at best to help him “make a few adjustments” — this parallel defines poll consultant Prashant Kishor’s association with Mamata Banerjee, a professional familiar with the workings of I-PAC has told The Telegraph while explaining the organisation’s mandate in Bengal.

I-PAC (Indian Political Action Committee) is an apolitical platform of young professionals, which carries out a range of election-related consultancy services and whose feedback plays a role in fashioning the campaign strategy and focus areas of the party that seeks its services.

“Tendulkar’s coach can at best tell him to make a few adjustments… It’s something like that,” said the professional who is aware of what Kishor and his team did for Y.S. Jaganmohan Reddy of the YSR Congress in 2019 in Andhra Pradesh, for Captain Amarinder Singh of the Congress in Punjab in 2017 and for Nitish Kumar of the JDU and Lalu Prasad of the RJD in Bihar in 2015.

While the Trinamul Congress and Kishor have teamed up at a time the BJP is snapping at the heels of Mamata’s party, three broad issues have emerged. 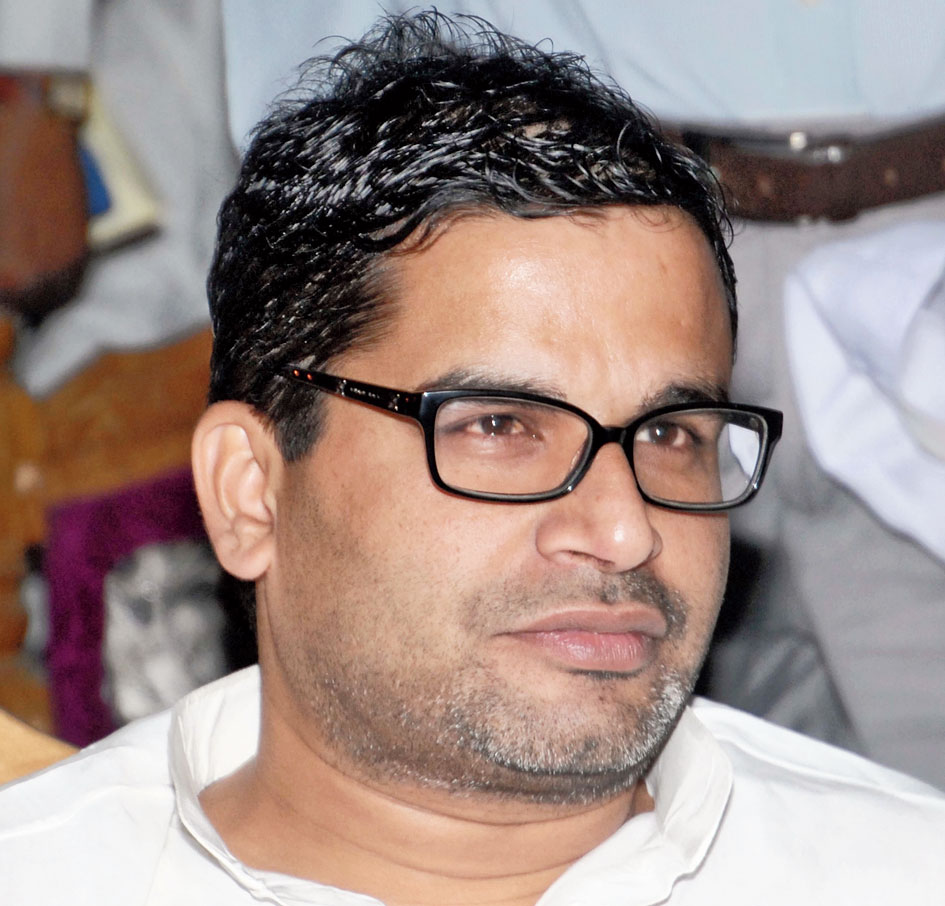 The curiosity on what Prashant Kishor, 42, will deliver has intensified in the last three weeks because of several changes in the functioning of Trinamul as an organisation and the approach of party leaders, including Mamata.
Telegraph picture

The curiosity on what Kishor, 42, will deliver has intensified in the last three weeks because of several changes in the functioning of Trinamul as an organisation and the approach of party leaders, including Mamata.

The list of visible changes includes a quieter Mamata, who has been desisting from commenting on everything under the Sun, a perceptible decline in clashes between Trinamul and the BJP and no major disruption of political activities carried out by Opposition parties. To top it all, Trinamul has launched an extensive phone-and-Internet public outreach initiative — titled Didi Ke Bolo (Tell Didi) — which seems to have drawn the attention of the people.

The message in a nutshell appears to be: get out of the election mode and stay focused on governance.

“Those who matter have given the party (Trinamul) a chance to govern and run the state. The next elections are around two years away…. So, there is no point being in election mode now,” a source said, hinting at the first suggestion that Team Mamata got from Kishor.

There have been allegations that Trinamul had used police and the civil administration to raise hurdles before the Opposition parties when they tried to organise legitimate political activities.

Such complaints have ebbed in the past few weeks, prompting suggestions that I-PAC had advised the ruling party to resist the temptation of using government machinery to derail the Opposition’s programmes.

That governance is the focus — at least for the time being — is clear from the Didi Ke Bolo experiment, which has resulted in a deluge of messages. The overwhelming response — more than 1 lakh calls and 50,000 messages in 24 hours — have prompted Kishor’s team to press a pause button on further promotion of this initiative until the infrastructure is ramped up to handle the rush.

Kishor is known to focus on building positive narratives around the leaders who seek his expertise. The Didi Ke Bolo initiative appears an effort to understand the problems first and then firm up solutions.

Trinamul sources said the initial burst of calls and messages can be categorised broadly into congratulatory ones thanking Mamata for giving them a chance to connect, grievances highlighting how government benefits are eluding deserving citizens and complaints against local leaders.

“In 2015, he helped script a seven-point commitment from Nitish. In case of Jaganmohan, he rolled out a nine-point agenda… He must be having a similar plan for Mamata. For that, he needs to know the problems that affect people,” said the source who spoke extensively to this newspaper.

According to the source, Didi ke Bolo can be described as “one pebble in the water”. “Over the next few months, Kishor will have at least 20 more such initiatives… Finally, the shifting of gear for the polls would happen in three to four months before the election,” the source said.

Kishor may have an impressive record of scripting victories but there are apprehensions, even within Trinamul, on whether he can help Mamata pass the 2021 test.

The misgivings start with the first question: how much does he know about Bengal?

Trinamul sources said Kishor himself had answered the question. “His answer has been that he has come here to use the knowledge of others, including Didi, to win the elections for us,” said a source.

Kishor has also apparently told Trinamul leaders that the main reason behind his mission Bengal is the nation-wide interest that the impending battle of 2021 between Mamata and Modi has evoked.

So far, so good, said some Trinamul insiders said. “For me, the most important thing is he has ensured a quieter Didi, which none of use could ever accomplish as no one in the party had the guts to tell her the truth,” said a source.

Another change the party is relieved about is the apparent success of the Didi ke Bolo initiative in diverting the discourse from the turmoil over cut money.

Arduous tests lie ahead. One challenge could present itself when 1,000 Trinamul leaders visit 10,000 villages over the next month as part of the outreach programme. The mandate from Team Kishor is to spend the night in the villages and have dinner with the residents.

Rural Bengal is no longer what it was a few years ago when Trinamul was the undisputed champ. The BJP is spoiling for a fight in several pockets.

Trinamul sources said Kishor had asked them to maintain restraint and let the police do their job in case of any attack.

“Given the history of political violence, it will be interesting to see how the trips to the villages will play out,” said a political scientist, before adding that it would be equally interesting to see whether Trinamul leaders would stick to Kishor’s advice of restraint.

The political scientist added that Kishor’s test would also lie in communicating all the feedback to Mamata and take necessary action even if there are adverse reports on senior party leaders or people close to her.

Sources close to Kishor said that so far, he had the courage to tell others what he felt was right. “Time will test this ability,” said the political scientist.

Kishor’s operation has thousands of people working on the ground. Speculation has been doing the rounds on the bill.

“I-PAC engages some of the brightest brains, who had worked with global consulting majors or companies like Amazon. They come on board for the experience and the rule is, everyone has to take a pay cut. They don’t come to work for Kishor or the company… In the case of Bengal, they are coming to work for Mamata and they are given a basic subsistence salary and some add-ons like accommodation and conveyance comfort,” said a source.

Every month, I-PAC raises the bill — based on the cost calculations — that Trinamul has to foot. The sources said that at its peak, I-PAC would have around 1,000 boys and girls working for Team Mamata.