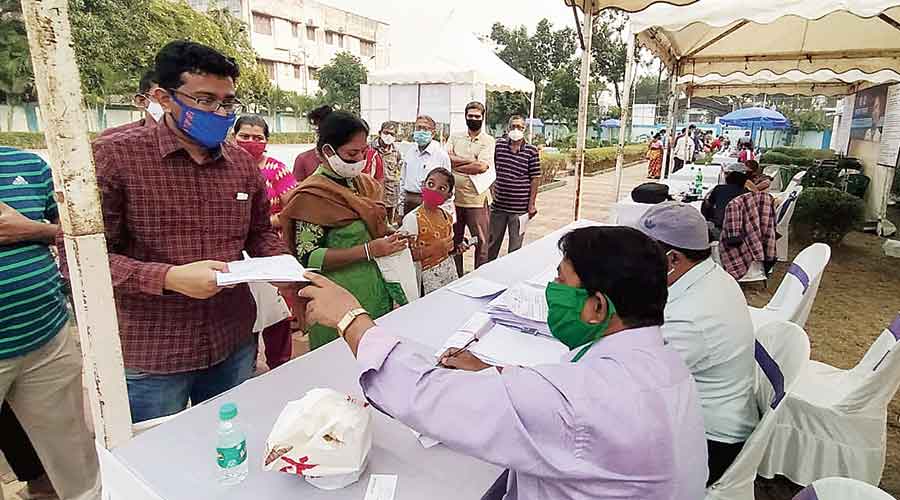 Mamata Banerjee on Wednesday said the state government would hold the next edition of Duare Sarkar from May 21 to 31 to collect applications from those who were yet to sign up for government welfare schemes.

The chief minister said that applications received at Duare Sarkar camps would be processed between June 1 and 6 and services delivered to those found eligible at the earliest after verifying applicants.

“Those who are yet to be included as beneficiaries in any government scheme can apply through the Duare Sarkar camps. There will be a 10-day window between May 21 and 31 to apply,” said the chief minister during a video conference with the DMs and SPs of all districts at Nabanna.

The Duare Sarkar exercise helped Trinamul regain popularity over a large part of the state ahead of the 2021 Assembly polls after the BJP had won 18 Lok Sabha seats in 2019, said officials. “This is why the chief minister is serious about continuing with it... This time, camps will be held for 10 days instead of a month as most are already brought under welfare schemes,” said an official.

Mamata said another prorgramme — Paray Samadhan — would be held between May 5 and 15. Under it, people can ask authorities to take up small projects like roads and drinking water facilities in their localities. The DMs have the authority to take up work worth up to Rs 5 lakh without having to send files to Nabanna for approval.

“Stalls will be put up and mobile vans used to make people aware of the government’s achievements in the past 11 years,” said an official.