In 2015, the BMC had cleaned and decked out the parks in all three sectors of the township spending more than Rs 30 lakh 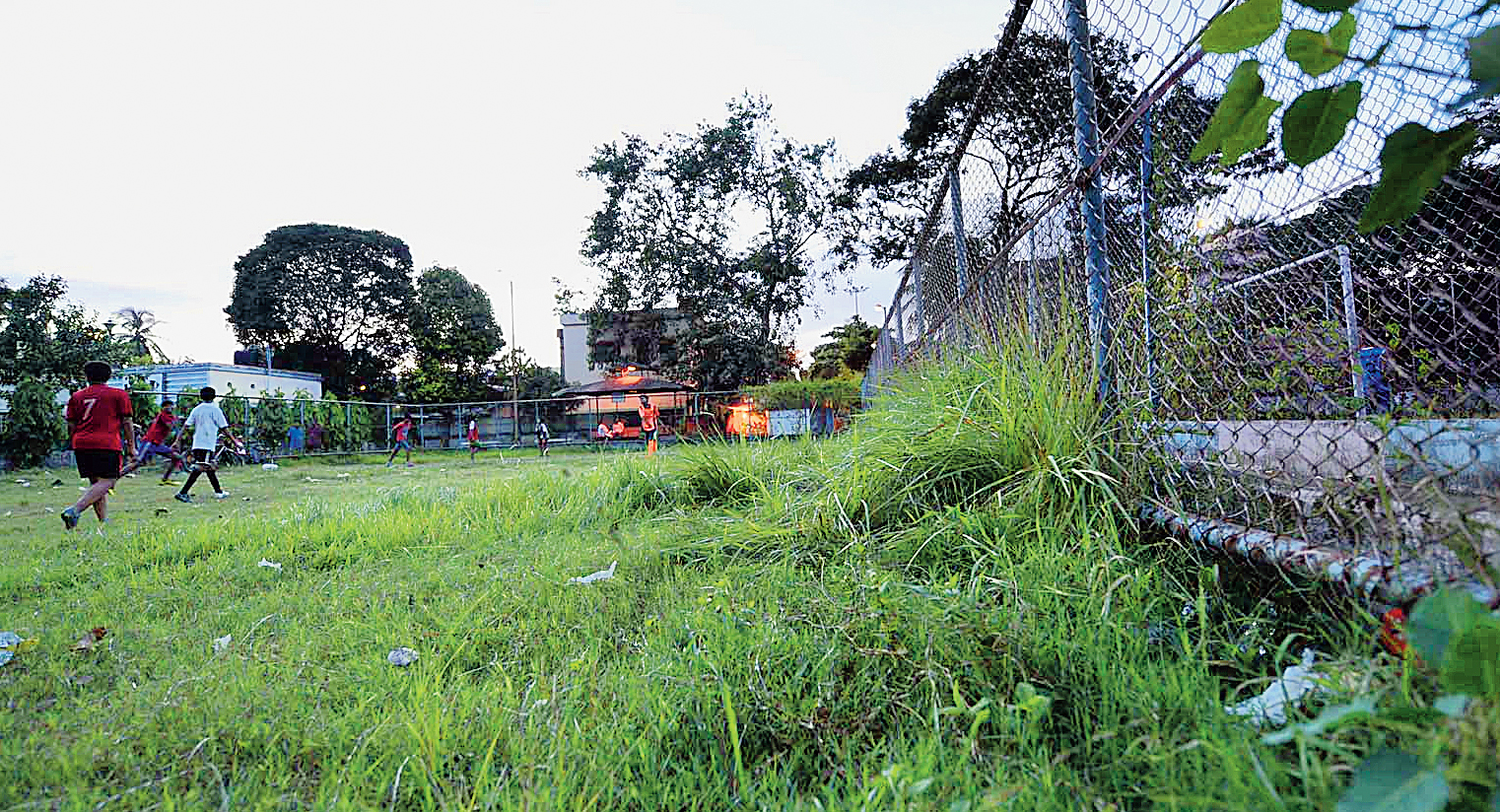 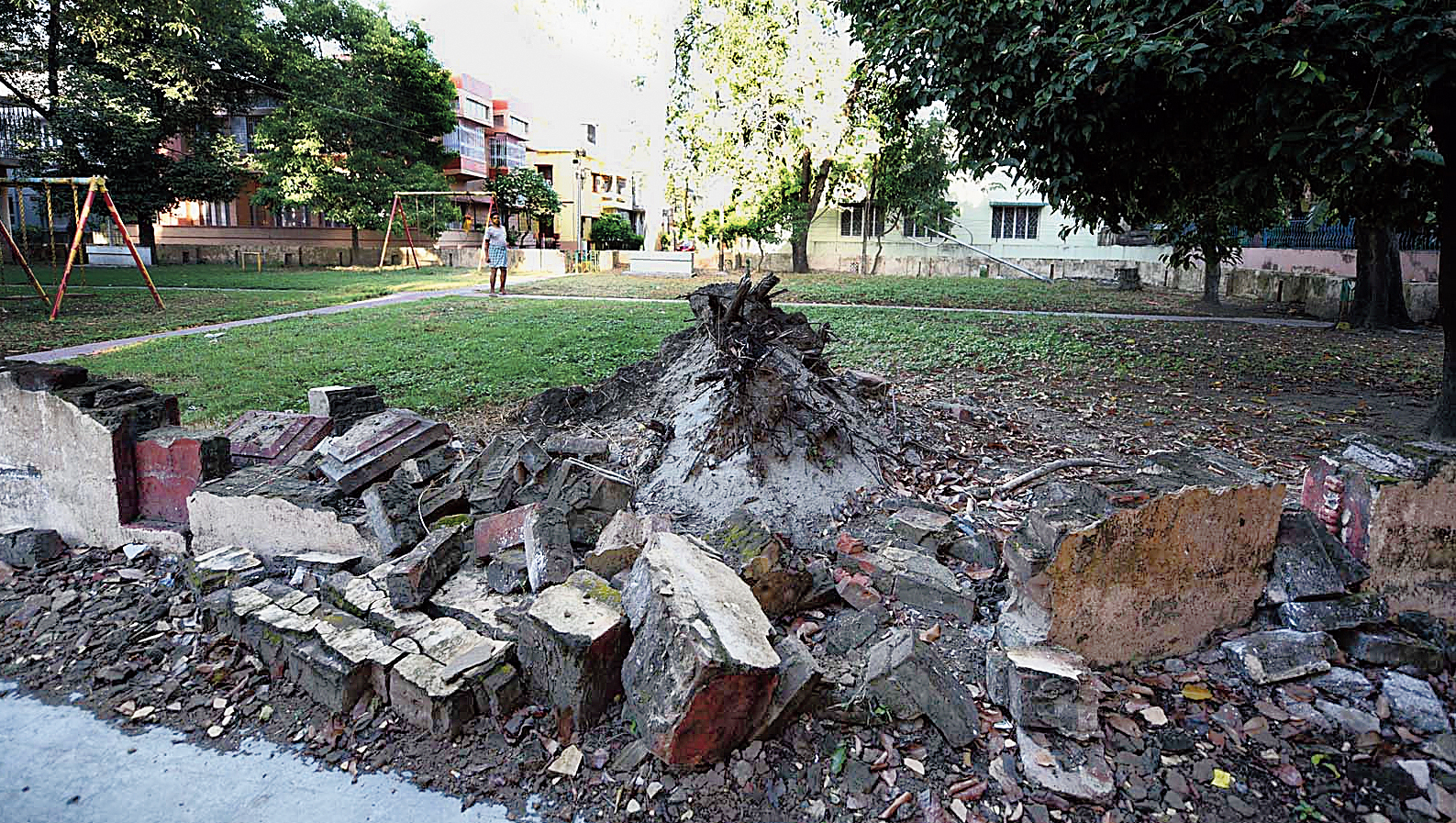 HA Block: The stump of a tree that had fallen during a thundershower last year has not yet been removed. A trident lamp post in the compound (not in the picture) tilts dangerously with wires sticking out of it. The see-saw and the swing are unusable because of lack of maintenance. Residents said the lights in the park did not work.
The Telegraph picture
Advertisement 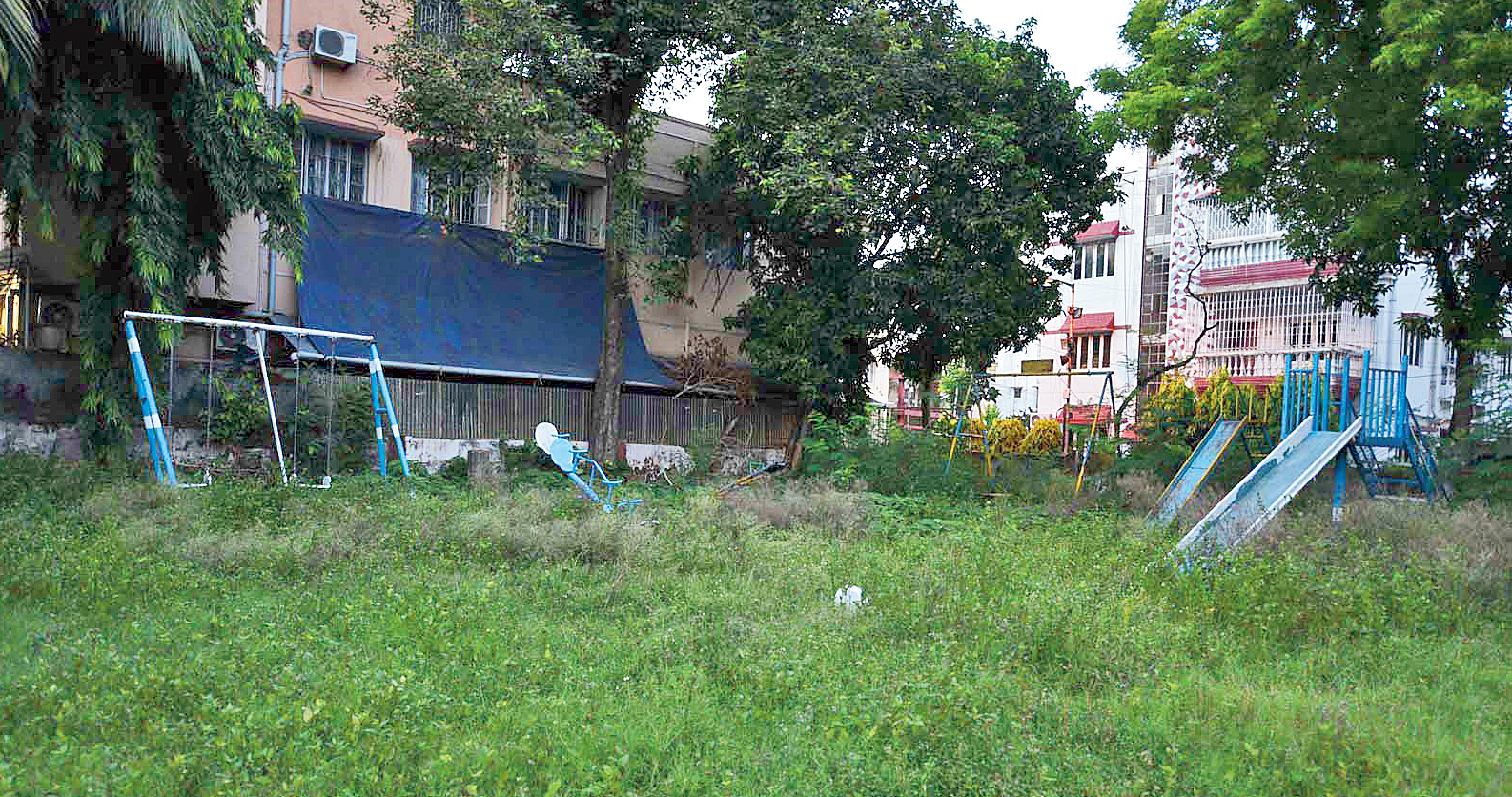 AC Block: Children cannot reach swings, slides and see-saws because of the tall grass and weeds around them. The park was spruced up with new play tools in 2015. Residents said the compound was infested with snakes and it plunged into darkness after sundown
The Telegraph picture

Parks in Salt Lake, managed by the Bidhannagar Municipal Corporation, are in a sorry state with defunct lights and tall weeds, a far cry from the popular hang-outs they once were.

The civic body had in 2015 cleaned and decked out the parks in all three sectors of the township spending more than Rs 30 lakh.

Just four years later, most of them are in such a state that residents shun them.

The grounds of almost all the parks are covered by creepers and tall weeds and children’s rides such as seesaws, swings and merry-go-rounds lie in tatters. The lights are either defunct or they fail to illuminate the entire premises.

At the HA Block park, for instance, a lamp post that was broken during a thunderstorm last year still hangs dangerously near the gate.

A portion of the wall on the western side of the park has a gaping hole. Two broken tree trunks lie right in front of it.

Several trident lights have been broken and most of the lights became defunct months ago. Some of the lamp posts had electrical wires sticking out dangerously.

At the GC Block park, a swing hangs lopsided as one of the chains snapped because of lack of maintenance, residents said. A rusted iron pole stands at the spot where a monkey-bar once stood.

“None of the lights works properly. We feel unsafe to take a walk in the park after sunset. It was spruced up just before last year’s Durga Puja,” said Nath, 21, a Jadavpur University student.

Not a single child was spotted in the AD Block park despite the presence of colourful swings, slides and merry-go-rounds. Reason: none works and many of them are broken.

“The children’s section of the park has at least 10 rides. All of them stopped working because of lack of maintenance,” a resident said.

The broken base of a merry-go-round lies hidden under overgrown grass and anyone can trip over it and get injured. The merry-go-round itself lies overturned near the wall.

Why doesn’t the civic body wake up to the wretched state of the parks?

“The Bidhannagar Municipal Corporation has been in limbo since Sabyasachi Dutta quit from the mayor’s post on July 18,” an official in the civic body said.

The councillor of Ward 41, Anindya Chatterjee of Trinamul, said he had requested Sudhir Saha, the mayoral council member in charge of parks, to do the needful.

Saha said he had issued a circular asking the councillors of all 41 wards to start tending to the parks in their respective areas. “We will begin the repairs soon. The respective councillors need to take care of the swings and rides in the parks,” he said.

Asked about the non-functional lights, Saha said a survey had been done to install LED lights in all parks of Salt Lake.

A detailed project report for the installation of lights has been prepared by the civic body, he said. 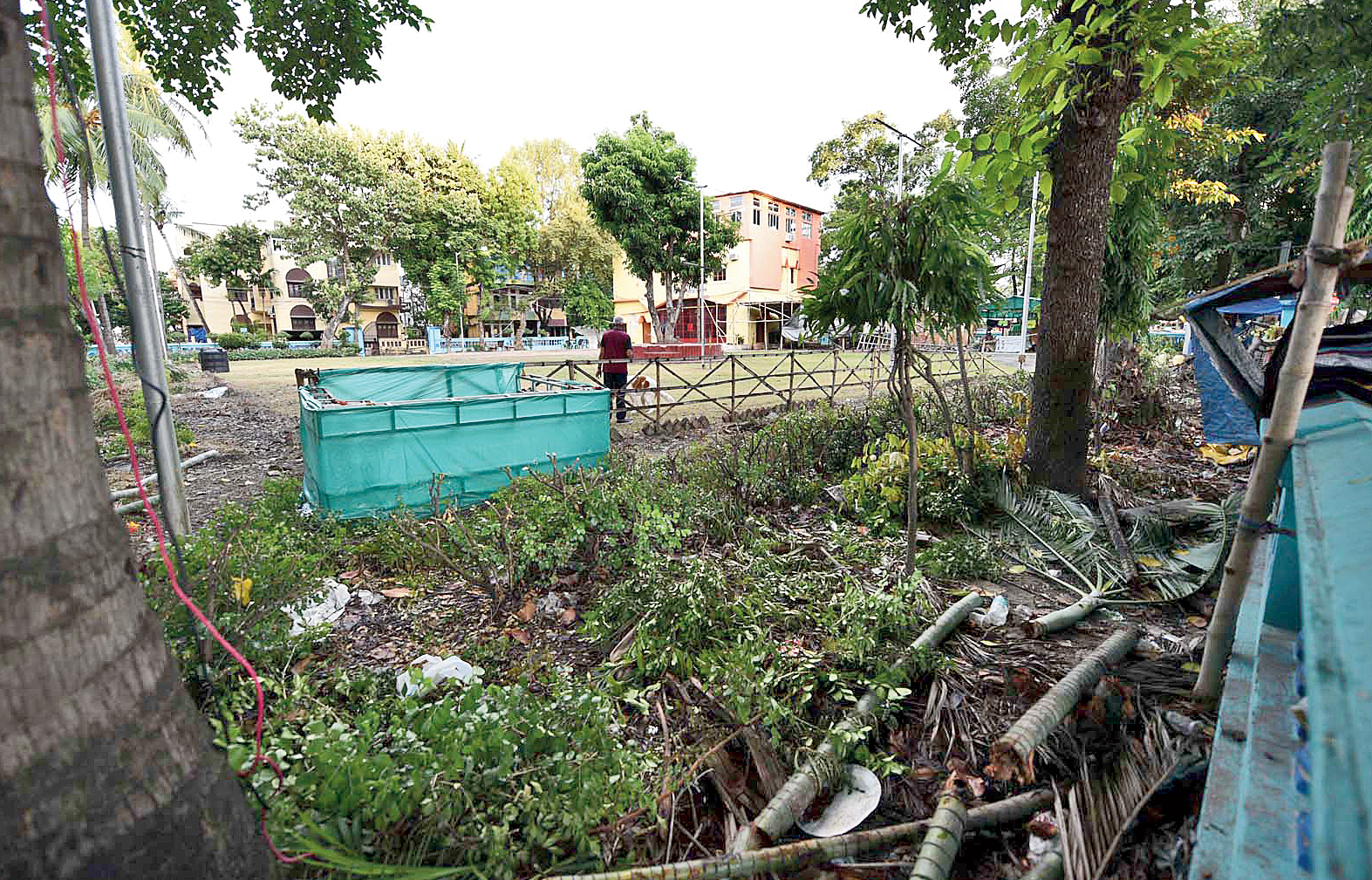 FE Block: Parts of the chopped-off trunk of a palm tree lie among dried leaves on the walking track in the park
The Telegraph picture 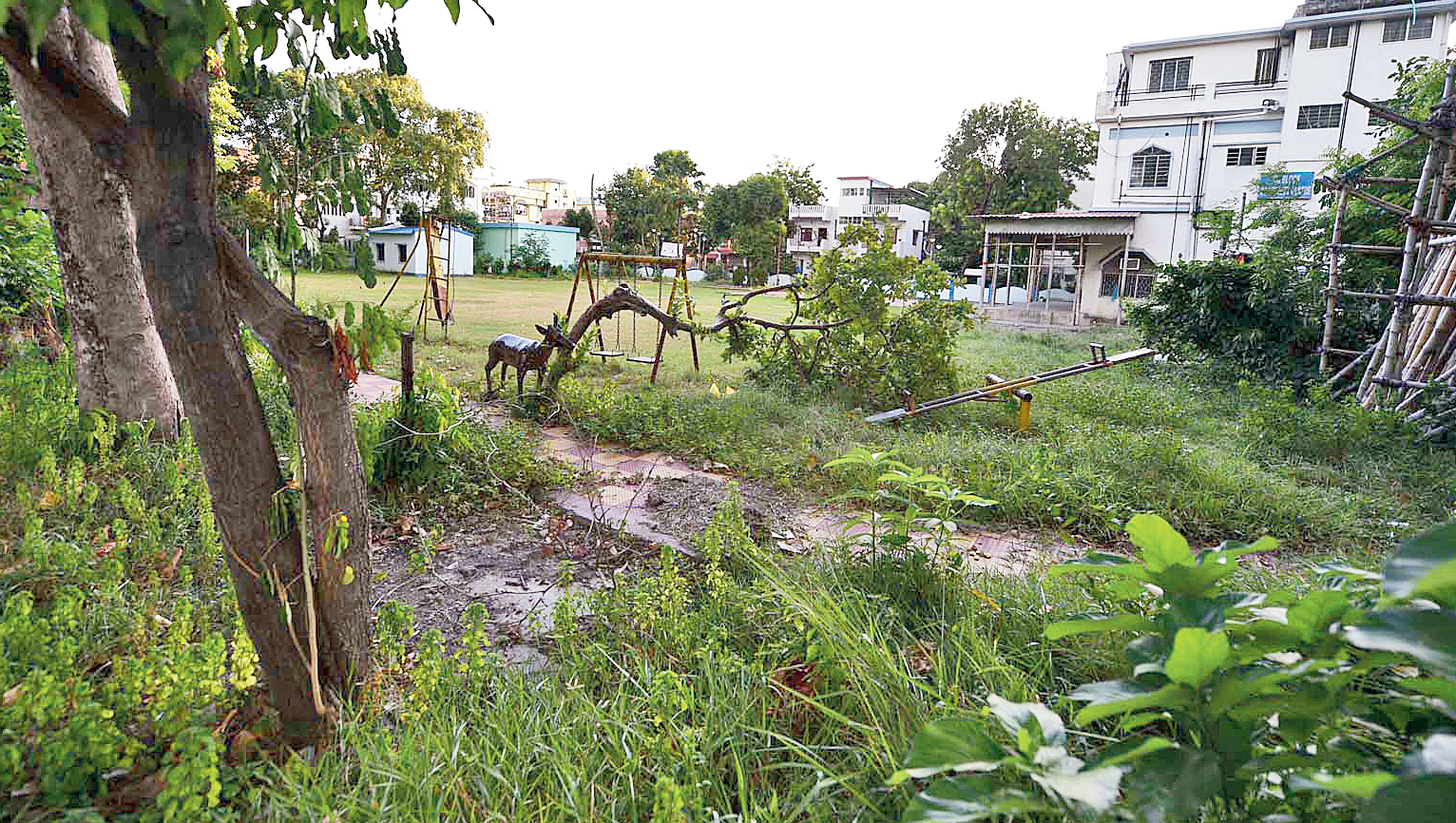