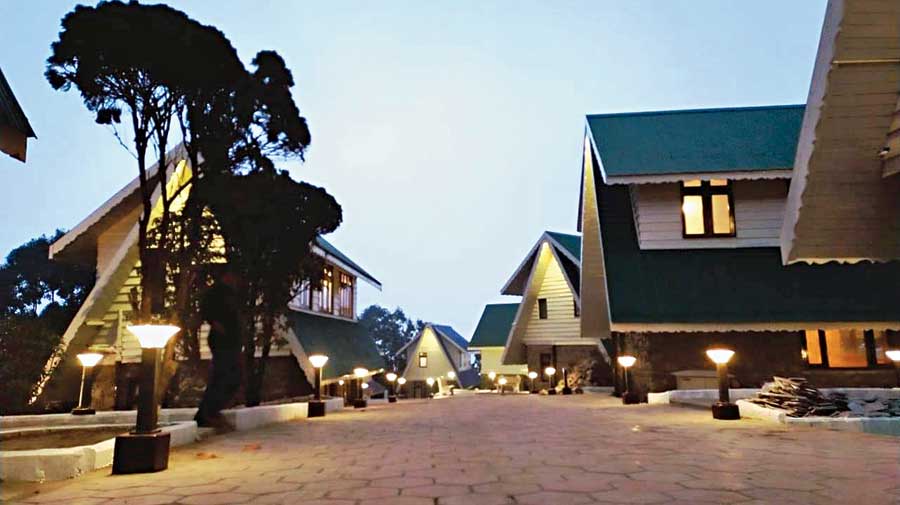 Visitors to the Darjeeling hills will soon have more reasons to cheer as the tourism department of the Gorkhaland Territorial Administration has revamped the Swiss cottages at Mirik, the tiny hill station located around 50km from here.

The property that was developed by the Darjeeling Gorkha Hill Council in the Swiss architectural style was also known as Orange Country Retreat. It was famous for its idyllic location and surroundings.

However, the cottages had turned dilapidated because of poor maintenance and gradually, tourists stopped staying at the property. This made the GTA plan an extensive renovation and reopen the cottages for tourists.

“We started the revamp of the luxurious property at the end of last year and could finish the project in a couple of months. Around Rs 2.5 crore has been spent on the renovation,” said Arijit Sen, executive director of the GTA’s tourism department.

There are 12 cottages, each of which is a duplex. Added to it, there is a restaurant with large dining space.

Sources in the tourism department have pointed out that the cottages are just 2km from the famous Sumendu Lake of Mirik and close to the helipad.

Anybody staying at the cottages can enjoy the tranquillity and the aerial view of the lake and the Mirik town as a whole.

An official in the engineering cell of GTA said the floors and toilets had to be rebuilt, water connections were given and the interiors and exteriors of each duplex decorated. “The initial estimate was around Rs 50 lakh but eventually, it was revised and increased to Rs 2.5 crore,” the official said.

Asked when the property would be reopened, a source in the GTA said the board of administrators (BoA) at the hill body would take a call.

“The tourism department has informed the BoA that the cottages are ready. People wishing to visit the hills during the ensuing festive season have already started making reservations. We hope the cottages will be opened for them before Durga Puja,” said the source.

Samrat Sanyal, the general secretary of the Himalayan Hospitality and Tourism Development Network, said: “Tourists will start arriving in the hills in a couple of weeks. We hope the GTA will reopen the property soon.”