Swiss holiday, not just in summers 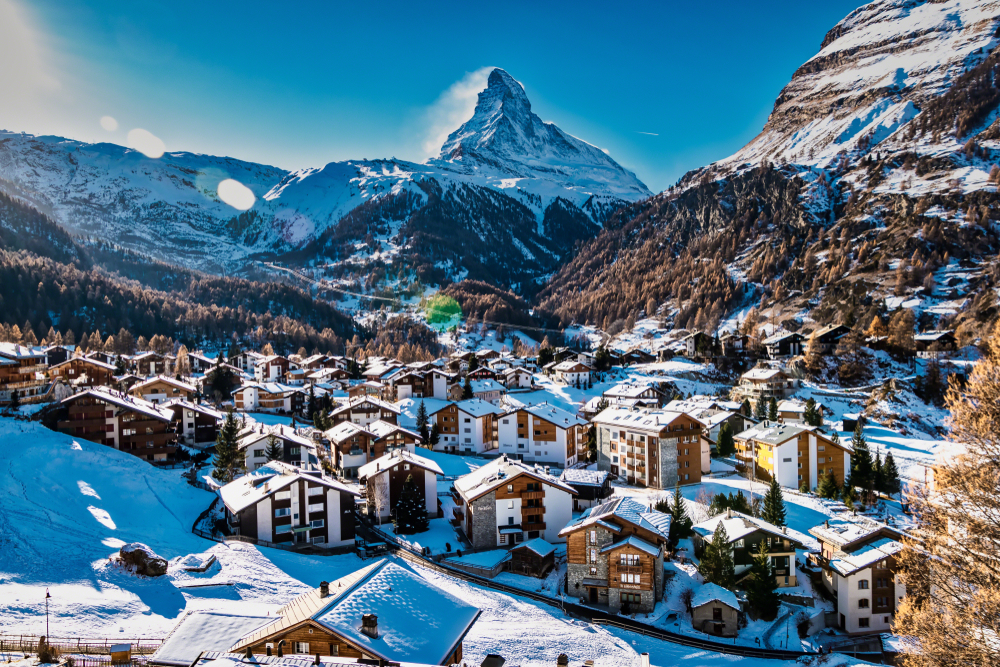 More than 200 ski regions in Switzerland offer everything when it comes to winter sports
Shutterstock
Our Special Correspondent   |   Calcutta   |   Published 14.11.19, 08:16 PM

Most Indian tourists visit Switzerland in summer but the country wants to position itself as a great autumn and winter destination as well.

In 2018, the country drew nearly nine lakh visitors from India, said officials of Switzerland Tourism. The numbers took a hit in the aftermath of the Jet Airways crisis earlier this year, but things are improving, the officials said. Around a fourth of the visitors are from eastern India, mainly Calcutta, the officials added.

“Over 60 per cent of the visitors come during May, June and July. We want to change that perception. Switzerland

is equally attractive, if not more, in autumn and winter,” said Ritu Sharma, deputy director of Switzerland Tourism. Sharma was in Calcutta to organise a road show and meet tour operators and industry partners.

More than 200 ski regions in Switzerland offer everything when it comes to winter sports. Visitors can try their first turns on skies or a snowboard through the First Ski Experience — an all-in-one half-day package at a ski school. From equipment to trainers, everything comes at 150 Swiss Franc (around Rs 11,000).

A bouquet of activities — which ensure an adrenaline rush but don’t need any training — is also on offer.

One of them is snowshoe hiking — which involves walking over snow with the assistance of footwear that displaces weight over a larger area — in various Swiss parks.

Mt. Pilatus (7,000 feet) and Mt. Titlis (at 10,000 feet, central Switzerland’s highest peak) are two of the region’s most popular climbs. Climbing them is child’s play, literally.

Trains carry visitors along the shores of Lake Lucerne to a cable car, which then whisks riders up to the top of both. The reward is a sweeping view of snowy, purple mountain peaks and the meandering Lake Lucerne.

The journey to the top of these mountains is an attraction in itself. The stunning views of the Matterhorn mountain are from the summit of the Gornergrat — a rocky ridge of the Alps, overlooking the a glacier east of Zermatt — at 3,089m.

“Autumn is also a great time to visit Switzerland. The temperature is pleasant, the trees and gardens change to fall colours. All things that can be done during summer can be done better during autumn,” Sharma said.