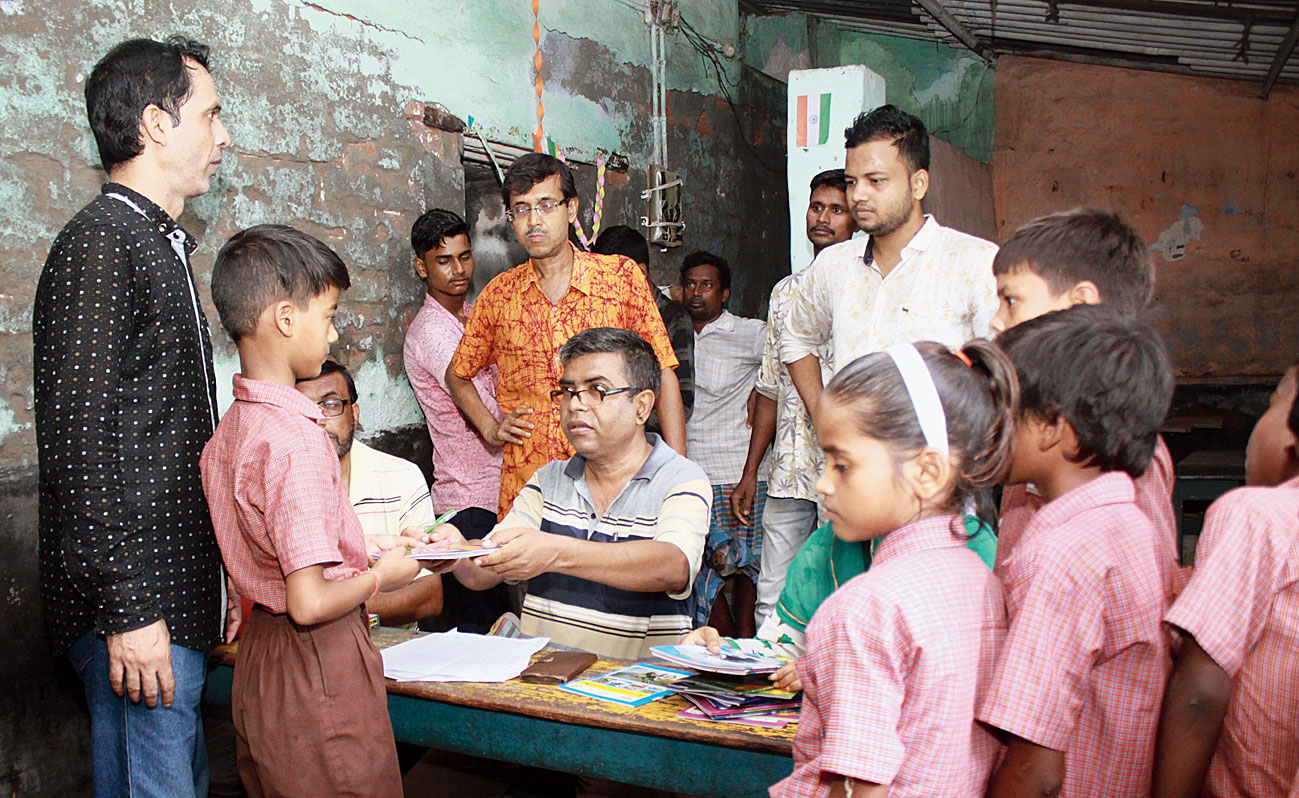 Books, schoolbags and stationery were donated on Sunday to over 300 students who lost study material and have not been attending school because of the political violence in the Kankinara-Bhatpara area after the Lok Sabha polls in May.

Two NGOs and some residents handed over the items to the children. The donations were part of the efforts to help them resume studies.

Saima Ansari felt the donations would be a big help. “These items are not enough but they will help me a lot in resuming studies,” said the Class X student of Kankinara Urdu High School. The 16-year-old has been staying at a relative’s house as her own home, vandalised in the post-poll violence, is undergoing repairs under police supervision.

Debasish Pal of the Association for Protection of Democratic Rights (APDR), one of the NGOs, said: “Earlier, we had arranged for some essential books for some students. But there are a large number of students who have no study material to resume studies properly. So, we took the initiative to help them.” Pal is the secretary of the APDR’s Naihati-Jagaddal unit.

Uzma Alam, secretary of Purple Foundation, the other NGO, said the objective was to continue supporting such students until they were “properly rehabilitated”. Alam is also a member of the All India Muslim Personal Law Board.

The schools — which fall under the Barrackpore constituency — suspended classes after the violence on May 23 election results in several pockets. The areas include Bhatpara, Kankinara, Noapara, Amdanga and Titagarh.

The BJP — whose candidate Arjun Singh won the Barrackpore seat after having crossed over from Trinamul earlier this year — is locked in a turf war with Trinamul. Between May and July, over 400 homes were vandalised or torched.

Saima’s father Mohammed Jabir said on Sunday: “I don’t know when peace will be restored and children will feel free to study and play.”