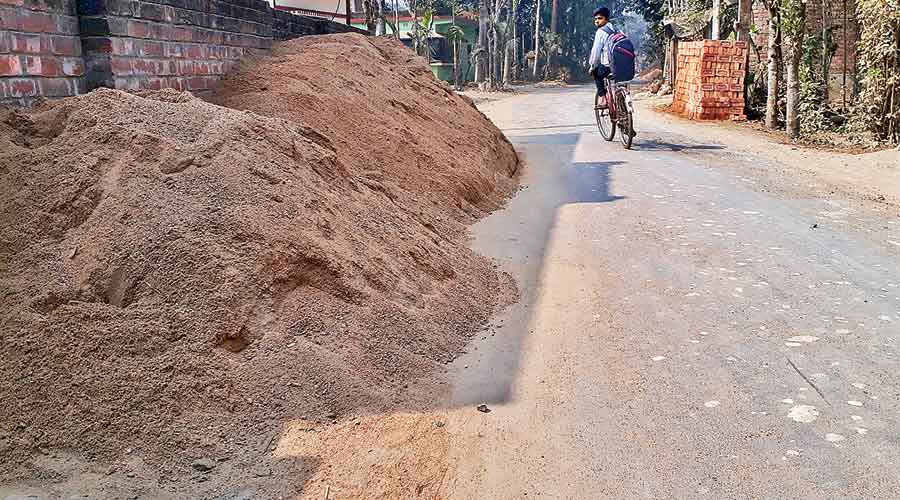 An engineering student died after his motorcycle skidded over sand dumped on the road in Nadia’s Tehatta while returning home from a wedding on Tuesday night.

Two persons, including the student’s elder brother, have been critically injured.

The deceased student is Sagar Das, 21, who was a resident of Givindapur Purba Daspara in Santipur town.

The incident occurred near the victim’s home about 11pm on Tuesday. Police and family sources said Sagar, a student of a Krishnagar-based private engineering college, had gone to a wedding in the neighbouring area on Tuesday evening with his elder brother Tamal.

Around 10.45 pm, the siblings’ common friend Nayan Sarkar, a BSF employee, offered them to drop home on his motorcycle.

Local sources said Nayan lost control over the two-wheeler when he sped over sand dumped on the roadside. “The bike skidded and hit a wall and a brick stack. Sagar died on the spot,” said a local source.

An investigating officer of Santipur police said reckless riding on a deserted lane had prima facie led to the accident. “Careless dumping of construction materials on the carriage way is a major problem in many parts of our state. We have nothing to do unless local administration takes action against such dumping.”

The police have started a case of unnatural death in the absence of any specific complaint against sand dumping.

Tapas Das, father of the deceased youth, said: "I hope that people will act responsibly as such dumping could take more innocent lives like my son's.”