BJP says its worker not involved in attack on train engine 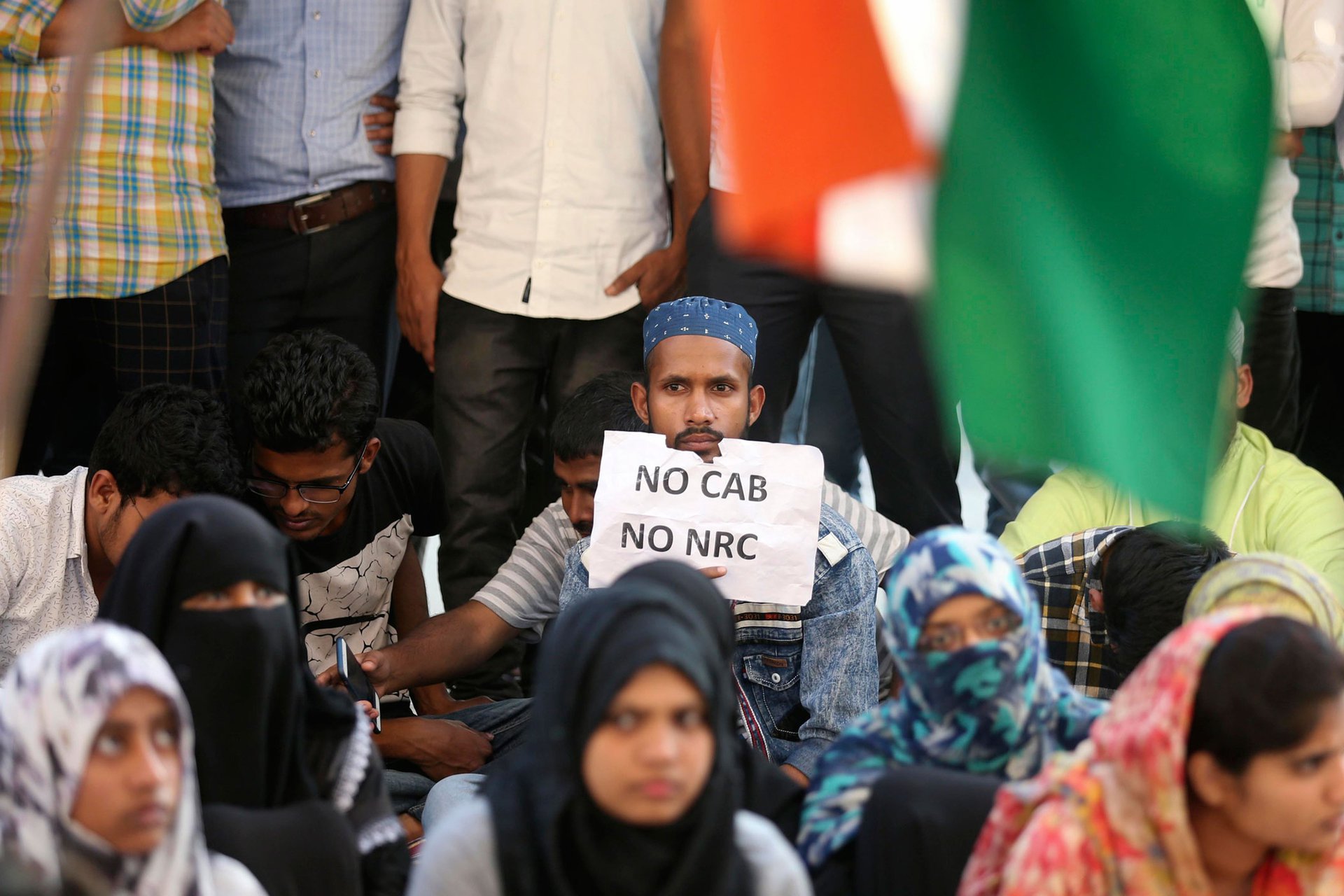 Prime Minister Narendra Modi had on Sunday said the protesters against the Citizenship (Amendment) Act could be “identified by their clothes”.
(AP)
Alamgir Hossain   |   Behrampore   |   Published 19.12.19, 09:10 PM

A youth known locally as a BJP worker and five associates, each of them in lungi and skullcap, were detained by Murshidabad police on Wednesday after local people allegedly caught them throwing stones at a train engine.

Chief minister Mamata Banerjee on Thursday alleged, without mentioning this incident, that the BJP was buying skullcaps for its workers to wear while going on the rampage to try and deflect blame on a particular community.

Prime Minister Narendra Modi had on Sunday said the protesters against the Citizenship (Amendment) Act could be “identified by their clothes”.

Officers in Murshidabad said that residents of Radhamadhabtala village had caught and handed over the six youths after seeing them throwing stones at a Sealdah-bound trial engine travelling on the Sealdah-Lalgola line. They said the six included Abhishek Sarkar, 21, a local BJP worker.

“The youths claimed they had worn lungis and skullcaps for the sake of a video they were shooting for their YouTube channel. But they could not prove the existence of any such channel,” district police chief Mukesh said.

Radhamadhabtala residents said Abhishek, who lives in neighbouring Srisnagar, was seen at the forefront of all local BJP rallies.

“We became suspicious when we saw the youths change their clothes near the railway line,” a villager said on Thursday. “We knew Abhishek as he is very vocal about his views. So we decided to confront them.”

Sources said a seventh member of the group fled after being accosted. The other six were being questioned at Behrampore police station on Thursday.

Local BJP sources confirmed that Sarkar was a party worker but BJP district president Gouri Sankar Ghosh said: “He is not a member of our party. We don’t know anything about the incident in Radhamadhabtala.”

In Calcutta, Mamata told a rally on Rani Rashmoni Avenue: “On Friday, we have a protest meeting at Park Circus after the prayers. I request everybody to maintain peace.”

She added: “Don’t fall into the BJP’s trap. They are trying very hard to turn this into a fight between Hindus and Muslims, when it’s anything but…. We have received intelligence that the BJP has been buying skullcaps for its workers. They are wearing them to get photographed and filmed while vandalising public property… to malign a community.

“I urge our younger generation not to believe everything they see on social media. The BJP has been misusing the crores at its disposal to spread fake news and videos to incite violence and hatred.”

A Radhamadhabtala resident said the Sealdah-Lalgola tracks passing through the village had been a site of tensions last weekend. “We ensured calm after much struggle this week, and cannot tolerate such negative intentions,” he added, alluding to the six detained youths.