Since June 1, 2019, the private airline company had suspended its flights there 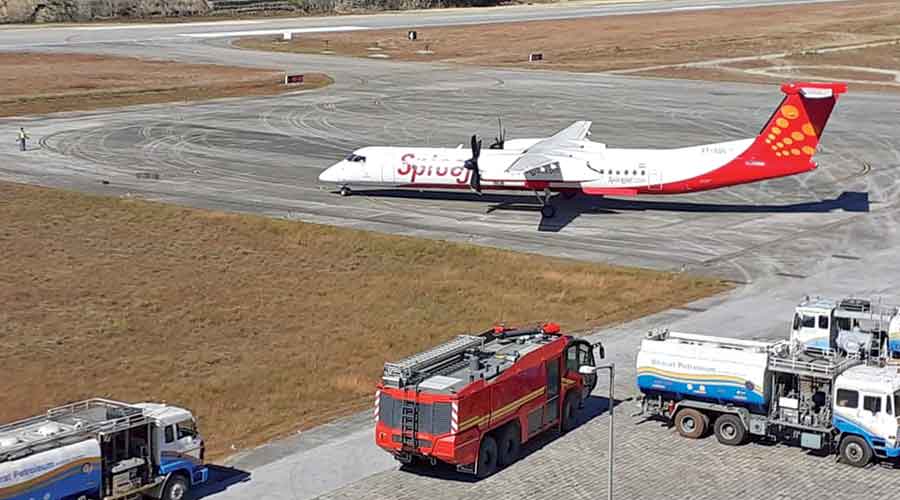 A Q-400 Bombardier successfully landed at the Pakyong airport — the sole airport in the Himalayan state of Sikkim located near capital Gangtok — on Tuesday during a trial run conducted by SpiceJet after a gap of around one-and-a-half years.

Since June 1, 2019, the private airline company suspended its flights to Sikkim.

On Tuesday, the flight circled over the airport for approximately an hour, made five required navigation performances and eight approaches, before finally landing at 12.18pm.