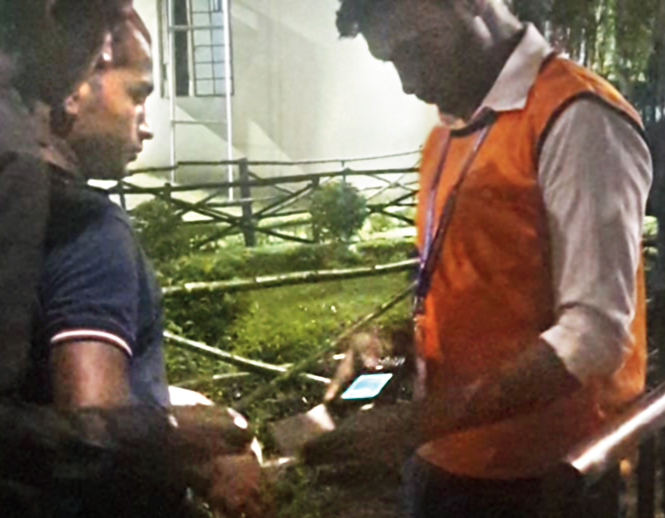 Soccer has always been known to mesmerise Bengal and now, it has cast a mysterious spell that makes officials either amnesiac or tongue-tied.

On October 26, when the Indian Super League match was about to begin at the Salt Lake stadium, some officials noticed that gatekeepers were using handheld devices to scan tickets.

The unremarkable chore threw up a question: what happened to the spectator entry counting system at the stadium for which the Bengal government had disbursed Rs 80 lakh before the Fifa U-17 World Cup a year ago?

The money had been given to the public works department (PWD) in September 2017. But 14 months on, there is no trace of the electronic system that gives an exact count of the attendance at a match instead of ballpark calculations.

None of the officials The Telegraph contacted could say whether the system had been installed at all at the Vivekananda Yuva Bharati Krirangan, popularly known as Salt Lake stadium.

Before the U-17 World Cup, one of the biggest sporting events in the history of the state, the Bengal PWD had spent around Rs 50 crore to give the stadium, which seats around 65,000 people, an international look.

Government documents show that as part of an elaborate plan to overhaul the stadium, built by the erstwhile Left Front government in 1984, the PWD was given Rs 80 lakh to install the spectator entry counting system.

The PWD submitted a funds utilisation certificate to the state government in September 2017, saying the system had been put in place.

“But during the October 26 Indian Super League match between ATK and Chennaiyin FC this year, it emerged that there was no trace of the spectator entry counting system,” a source said.

The spectator entry counting system reads the barcode when a ticket is held at the turnstile and automatically tracks the number of people entering the stadium. Most stadiums around the world, including the Eden Gardens, have the system.

The system was meant for installation at all the eight gates at Salt Lake stadium.

For the October 26 match, the personnel at the gates used the handheld devices to scan the tickets. These numbers were to be added up later to calculate the number of spectators who entered the stadium.

Some government officials have tried to find out why the spectator entry counting system was not being used, a source said.

“But nobody could reply clearly.… The stadium authorities should come forward and explain why the system is not being used despite a handsome amount having been spent from the state exchequer,” a senior government official said.

A perfect game of putting the ball in somebody else’s court played out when this newspaper spoke to several officials involved in the process of installing the spectator entry counting system.

Sandip Nag, the current CEO of the stadium, said: “Talk to the (ISL) organisers, you will get to know. I cannot tell you anything.”

A member of the organising team for ISL matches at Salt Lake stadium acknowledged that the spectators at ATK home matches were being counted manually, with the help of handheld barcode scanners.

The member, who was also part of the organising committee for the Fifa U-17 World Cup in 2017, said: “The manual system was used during last year’s World Cup too. I was never told that a centralised system was in place at the stadium to count spectators.”

A WhatsApp message to Bengal sports department secretary S.A. Baba on October 8, asking about the spectator entry counting system at Salt Lake stadium, did not elicit a response. The blue tick beside the message suggested it had been seen.