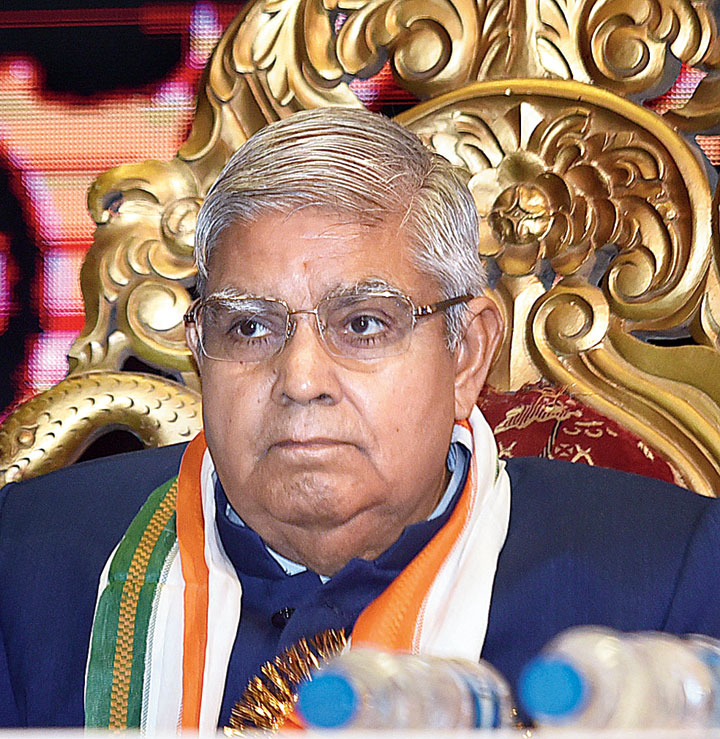 The Mamata Banerjee government had convened a special cabinet on Monday to get the budget speech of governor vetted by the council of ministers to avoid an uncomfortable situation, particularly in the backdrop of ongoing tussle between the ruling establishment and Raj Bhavan.

Senior government officials said the special cabinet meeting was convened in the backdrop of a controversy in Kerala where governor Arif Mohammed Khan had read out the entire text in the Assembly, including the paragraph criticising the Citizenship (Amendment) Act, after saying he didn’t support the view on the CAA.

Usually, the governor’s speech is framed by the home department and after securing approval of the chief minister, the draft is sent to the governor. Sources in the government said governor Jagdeep Dhankhar had suggested some changes in his speech and offered to include some issues on law and order, atrocities on women and the authority of the chancellor of the state universities.

“As the suggestions don’t fall in line with the state government’s versions, those could not be accommodated in the speech. The governor had no other option than to read out the unchanged speech,” said an official.

A source said no governor had sent any request or suggestions in recent memory to add or delete some points in the speech. “As the address was approved by the cabinet, the current governor had to read out the speech even after his suggestions could not be accommodated in the final text,” said a source

After his budget speech, Dhankhar tweeted that he delivered the address following high tradition of the Constitution and urged the authorities to desist from methodology not sanctified by Constitution.

“I delivered the address in the high traditions of constitution. I do hope all will pay due obeisance to the constitution. This is the only way to serve the people and enhance democratic values. I urge those in authority to desist from methodology not sanctified by constitution,” Dhankhar governor tweeted.