The civil aviation ministry has sanctioned Rs 11.26 crore for the project to expand the floor area of terminal building of the second-most important airport of Bengal 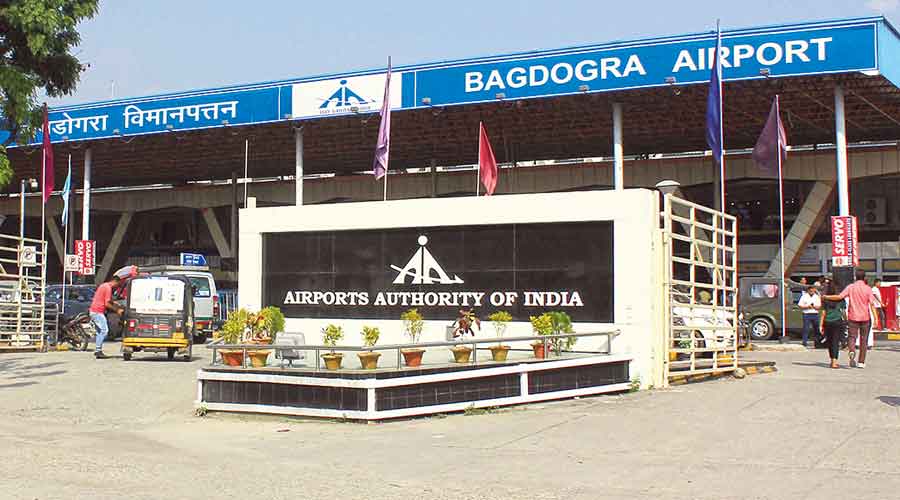 The Airports Authority of India (AAI) has taken up the task to expand the existing terminal building at Bagdogra airport to accommodate its passengers until a new and more spacious building comes up at the airport.

The Union civil aviation ministry has sanctioned a sum of Rs 11.26 crore for the project to expand the floor area of terminal building of the second-most important airport of Bengal after the one in Calcutta.

Under the expansion plan, another 24,000 square feet will be added to the building.

An AAI source added that expanding the terminal building would help reduce overcrowding of passengers. “The existing building can cater around 7.5 lakh passengers in a year but in the first 11 months of the last fiscal, around 17.5 lakh passengers used the Bagdogra airport. This clearly shows the urgent need for expansion,” the source said.

A new terminal building that would come up in due course with a floor area of 1 lakh square metres or 10 lakh square feet to handle the surging passenger traffic.

“Last month, the state government finally handed over the land needed for a comprehensive expansion of the airport. There is a plan to spend around Rs 600 crore for the work (of the new terminal building). However, it would take at least three to four years. That is why, for now, work of expanding the existing building at the optimum level has been taken up, so that more passengers can be accommodated at the existing building itself,” said the source in the AAI.