The sudden move has put the civic body in a soup, particularly as there is no elected board in SMC now 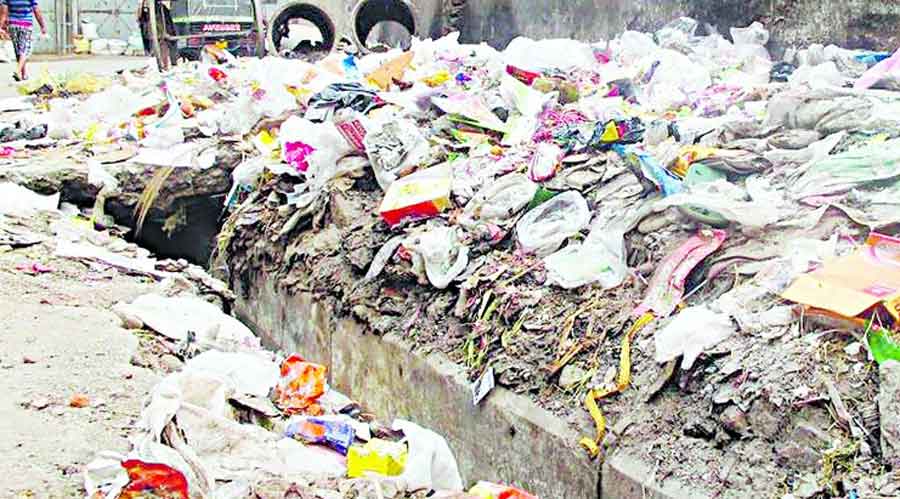 Heaps of garbage lay across Siliguri on Wednesday, forcing residents to negotiate with bins overflowing with smelly waste on roads and lanes, as over 2,500 conservancy workers of Siliguri Municipal Corporation (SMC) stayed off work.

Workers, demanding permanent jobs at the civic body,  also threatened to cease work “indefinitely”. Some workers also piled up garbage at the entrance of the SMC.

In Siliguri, around 3.5 metric tonnes of garbage are collected daily and taken to the dumping ground on the city’s northeast end.

“Most of us are working as casual workers for past 15-20 years. On January 13, we urged civic authorities to take initiatives so that at least half of us are made permanent on the basis of seniority. Our demand went unheard. So we have decided to cease work till we get a concrete assurance (on permanency) from competent authorities,” said Kiran Rauth, president, Uttarbanga Safai Karmachari Samiti.

According to sources, altogether 2,571 workers provide conservancy services in the civic area spread over 47 wards. They collect trash from households, marketplaces, health establishments and other commercial hubs.

Only 371 are permanent employees while the rest work on a daily-rated basis.

As the day rolled and trash bins piled up on streets, peeved residents raised questions at the civic body that is being run by a board of administrators (BoA). District Trinamul leaders were quick to pick up the issue and accused the BoA of inefficiency.

“The Left-ruled civic board has deprived conservancy workers during their tenure. We support the demand raised by the workers but will simultaneously appeal to them to resume their duties,” said Ranjan Sarkar, Darjeeling (plains) district Trinamul president.

The sudden move by workers has put the civic body in a soup, particularly as there is no elected board in SMC now. “The BoA is a caretaker body and can’t take a decision on the issue,” said a source.

In the evening, Mukul Sengupta, a former CPM councillor, said they would hold talks with workers on Thursday.