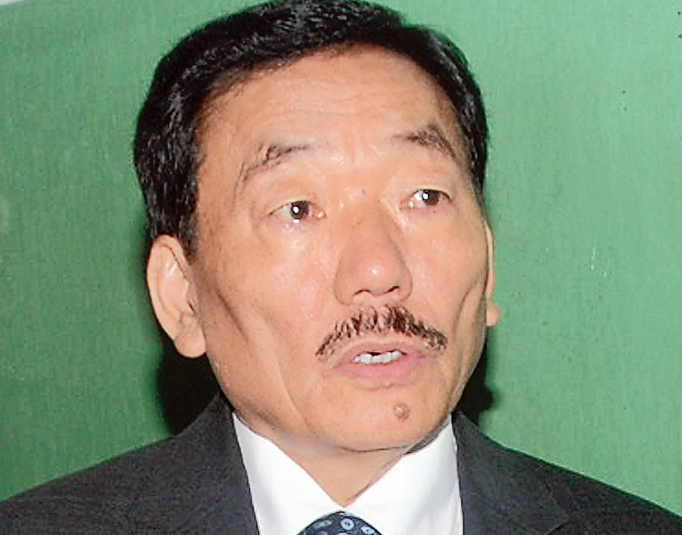 The hospital, located at Sokaythang, about 6km from here, has been constructed at a cost of Rs 1,281 crore. However, the total cost of the entire project will be Rs 1,800 crore. A hospital of alternative medicines and a nursing college have already started functioning, and the work on the construction of the medical college will commence soon.

“The tender for the construction of the medical college was released today (Friday),” state building and housing minister D. T. Lepcha told The Telegraph.

Earlier, speaking at a programme to celebrate National Press Day at Chintan Bhavan here, the chief minister said the government had to take a soft loan of Rs 300 lakh from the market to fund the ambitious project. “The medical college will provide free education to the students of Sikkim, making it the first state in the world to provide free medical education,” he said.

Chamling said the hospital would be the biggest in the entire Northeast. “We don’t want any sick person to go outside for treatment,” he said.

Earlier in his speech, he claimed that Sikkim was the only state in the country to provide minimum needs like education and healthcare free of cost.

The secretariat building, on the other hand, is located at Tashling and has been constructed at a cost of Rs 261 crore by the Calcutta-based Archtech Concultants Pvt. Ltd. “The secretariat building will be inaugurated on December 4. This is the first phase of the project. In the second phase, annex building and a flyover, among others, will be constructed at a total cost of Rs Rs 464 crore,” said Lepcha.

Chamling said the secretariat will not only be an administrative block of the government, but also a place of tourist attraction.

The old secretariat had to be dismantled after it suffered major damages in the Sikkim earthquake of September 18, 2011. Official sources said the new secretariat complex is being constructed with funds drawn the Rs 1,000 crore central aid for earthquake relief and restoration.

The chief minister also announced some sops for journalists, including construction of a building to house the Sikkim Press Club. “The Press Club has asked for a land, but I am declaring today that we will construct the building…I will make the provision in the next supplementary budget,” he said.

Chamling said the government would provide pension to journalists from the next fiscal, but did not spell out the criteria and other details. He also handed over a cheque for Rs 5 lakh to the Sikkim Press Club.