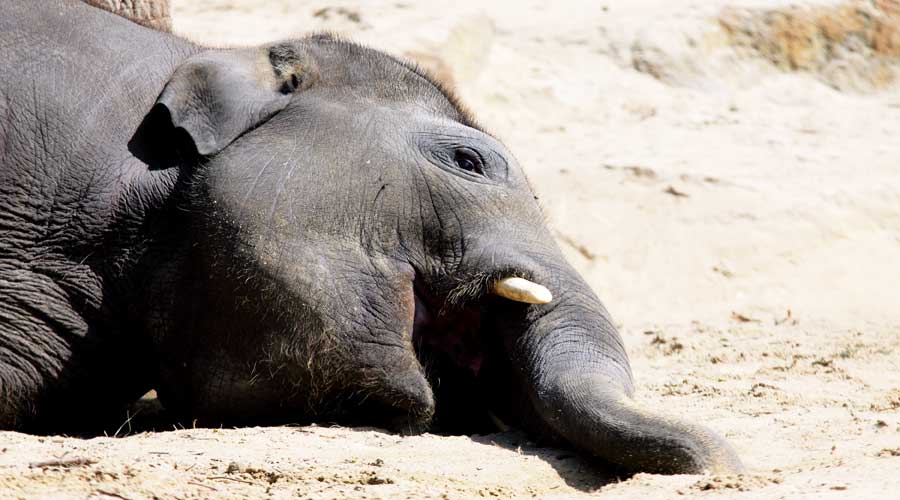 A wild tusker was found dead at Sholodanga village near the Bodaganj forest range of Baikunthapur forest division in Jalpaiguri on Thursday.

After preliminary probe, the foresters have opined that it was a normal death. “It seems that the elephant died of natural causes. We can confirm the cause of death only after an autopsy,” said Hari Krishnan, the divisional forest officer of Baikunthapur.

However, a section of locals suspect that the jumbo might have got electrocuted as electric wires were found dangling near the spot.

A section of villagers said some locals had been laying power cables in an illegal manner in their fields and plantations to thwart wild boars and elephants from entering the hamlet. “Some electric wires were found dangling from a jackfruit tree near the spot where the jumbo carcass was spotted. We believe the foresters will find out whether the animal has died of electrocution,” said Parimal Roy, a villager.