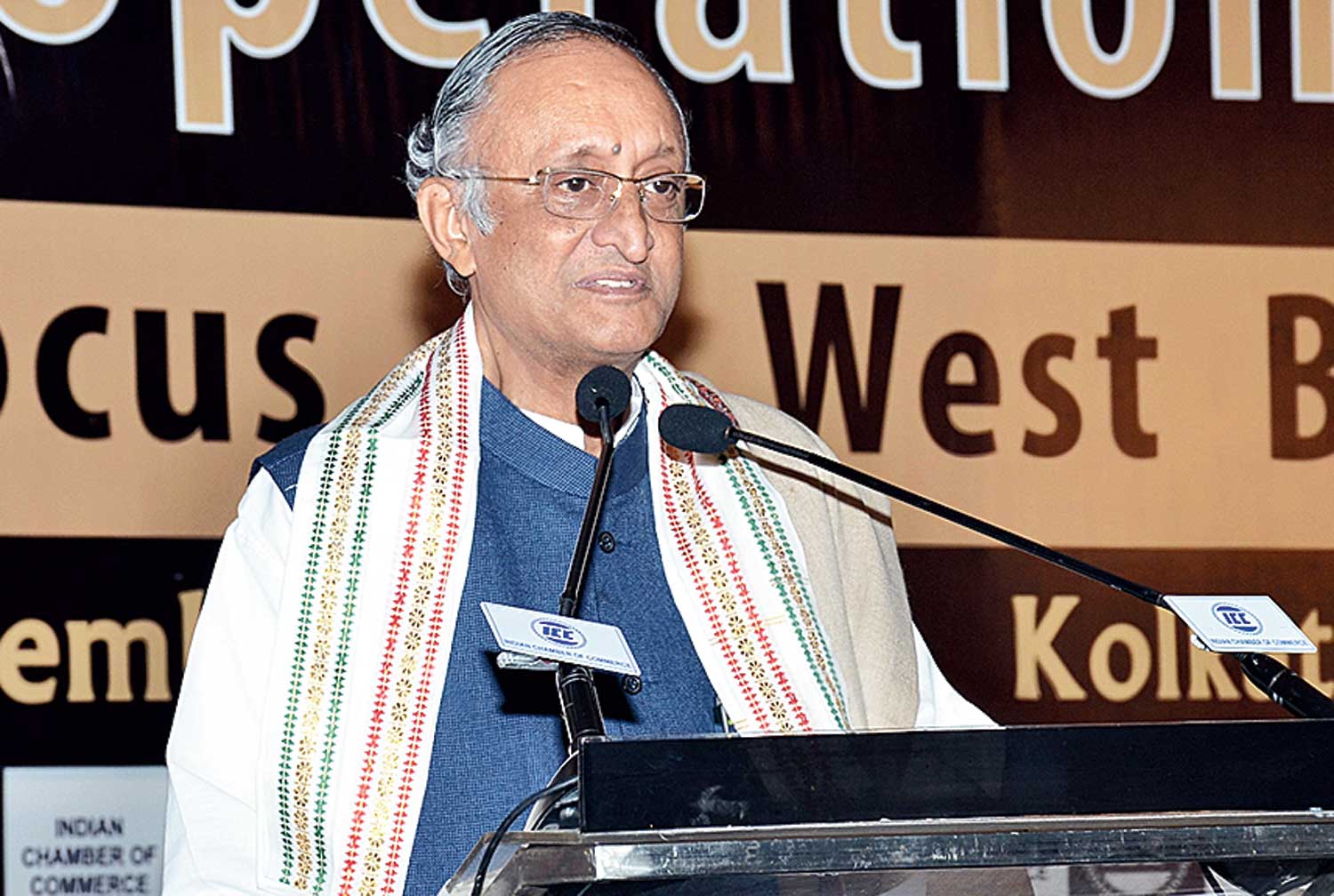 Bengal finance and industry minister Amit Mitra on Saturday reeled off numbers to explain how the economy had been faltering and held the Narendra Modi government responsible, doing so amid fears of a recession.

Though the faltering economy has taken a back seat in the political discourse in the aftermath of the Centre’s decisions on Jammu and Kashmir, Mitra — an economist and a former head of one of the country’s biggest chambers of commerce — said the time was right to shift the narrative.

“The central narrative at the moment ought to be the economy instead of something else. This (the news conference) is to bring the narrative back to issues associated with the lives of common people. There is a deep recession in the country. People are losing jobs,” Mitra said at Nabanna on Saturday.

Sources in Trinamul said Mitra held the news conference following a prod from chief minister Mamata Banerjee, who is worried about job losses.

“She is aware the BJPled government plans to keep the country engaged with other things like developments in Jammu and Kashmir and how India stole a march over Pakistan…. But she thinks the time has come to bring the focus back on economy, which affects the lives of ordinary people. That’s why Amitda held the news conference. Now the chief minister will harp on these issues and demand answers from the Modi government,” said a source.

The Modi government has often declared that it wants to attract big investments to fire up the economy so that it grows at a nominal rate of 12 per cent to reach $5 trillion by 2025.

But Mitra — a PhD in economics from Duke University in the US — stressed that the mood among investors revealed their apprehensions about a slowdown.

This is not the first time a discordant voice on the economy has been heard in recent months. Some captains of India Inc — like Adi Godrej and Kiran Mazumdar Shaw — have expressed their concerns about Modi government’s economy scorecard. But Mitra is the first politician to buttress the argument with numbers.

According to the source, the Trinamul leadership is keen on having the India Inc by its side and that’s why Mitra stressed how the businessmen were being inconvenienced in the Modi regime.

His comments echoed what Mamata had said after the death of Café Coffee Day founder V.G. Siddhartha, linking it to armtwisting over taxes by the Centre and its agencies.

“If all industrialists leave the country like this or commit suicide, then it is a dangerous signal for the country. He was depressed due to harassment from different agencies… I’m feeling sad today because it should not be the future of the industry or agriculture,” Mamata had said after Siddhartha’s death.

On Saturday, Mitra said the economic situation would lead to severe job cuts. He questioned the Centre’s plan to divest 45 to 50 public sector undertakings, and said it would lead to further job cuts.

“The effect of the recession is already visible in the automobile sector as heavy job cuts have been reported. The sector is facing a severe drop in sales leaving an effect on car manufacturing units, ancillary units and also the distributors. People are losing jobs in all these units,” said Mitra.

Finally, he said despite the recession, Bengal had done well as it recorded a 12.58 per cent GDP growth for 201819, the highest in the country.