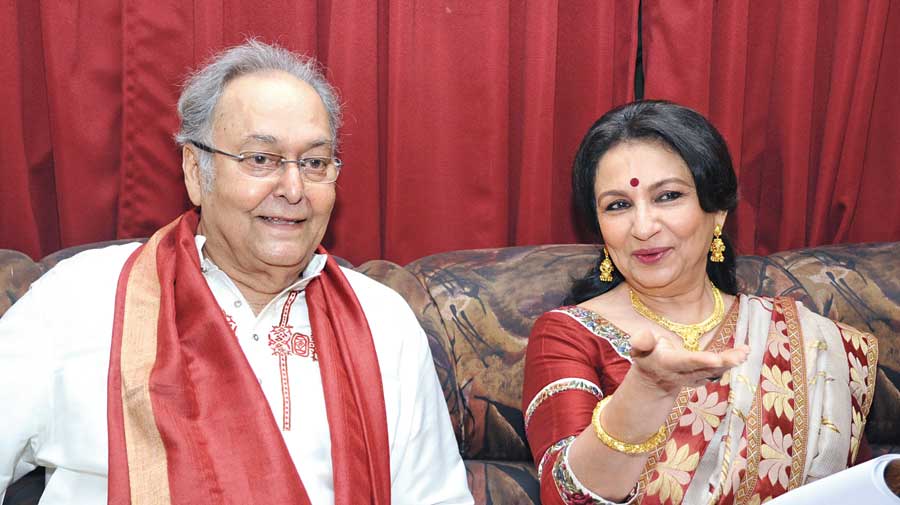 Sharmila Tagore said on Sunday she had lost one of her oldest friends in Soumitra Chatterjee, with whom she had started her acting career in 1959.

Sharmila and Soumitra made their debut in Satyajit Ray’s Apur Sansar, the final instalment of the “Apu” trilogy.

In an interview to PTI, Sharmila, 75, recalled how they became friends.

“I was 13 years old and he was 10 years elder to me when we started working in Apur Sansar. In the film, those beautiful dialogues that we spoke to each other also endeared us to each other. That was the beginning. I really respected, admired him and for what he stood for,” she said.

“He was one of my oldest friends, after my husband Tiger (cricket legend Mansoor Ali Khan Pataudi) and actor Shashi Kapoor. He has been such a loyal and fun friend,” she added.

Their bond, she said, wasn’t transactional. “We could lead our parallel lives and yet have a connection, somewhere because our thoughts, depth and loyalty was the same. Soumitra knew I’d never speak ill of him. There was no questioning of what we shared, we didn’t have to prove it.

“If I didn’t talk to him or if he didn’t talk to me, I wouldn’t feel ‘Oh God he hasn’t wished me, he doesn’t remember my birthday’. It was just so organic. I can’t give it any name,” she said.

Soumitra was a wonderful companion, Sharmila said, and their banter would be endless. Sometimes he would understand her point of view, at other times she would agree with his belief, she recounted.

“We would talk for hours on sports, history, our vision of India. I find him irreplaceable that way because there’s nobody else I can share so much with. If I expressed a certain point of view, he’d agree and expand or shoot it down and give his reasons. That kind of friendship is so rare. To lose that is huge,” Sharmila said.

His personality was so well-rounded, it reflected in all aspects of his life, she said. Sharmila recalled shooting for Ray’s Aranyer Din Ratri, where she shared a bungalow with Soumitra and her other co-star, Subhendu Chatterjee. One of Sharmila’s strongest memories of their time together is of her sipping her morning coffee and listening to the actor sing outside.

“Soumitra’s interests went beyond acting,” she said. “He would paint, sing, was well read, had immense knowledge of theatre, he would write poetry and short stories for his grandchildren. His interests were vast and that’s what made him who he was — a man of all interests, a powerhouse talent.”

“I know he will live forever in our memories because his legacy is so immense. It encompasses so much,” she said. 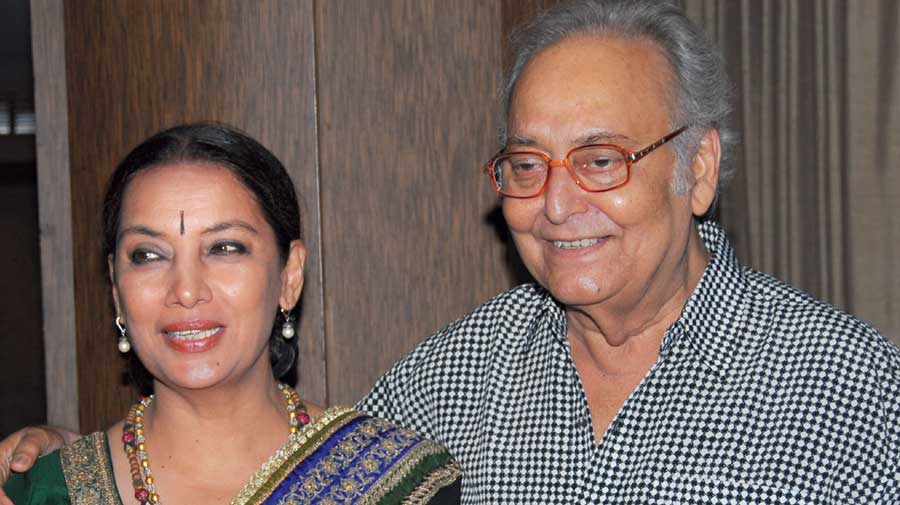 Shabana with Soumitra
File picture
When Shabana was ‘deeply impressed’

“Farewell Soumitra Da. I had the honour of playing your wife in La Nuit Bengali n your daughter in 15 Park Avenue. I was with you in Paris and saw the adulation you received at George Pompidou Centre but you were so nonchalant about it that it left me deeply impressed. RIP,” Shabana tweeted.