Advertisement
Home / West-bengal / Shah shifts focus from NRC, assures all but one

Shah shifts focus from NRC, assures all but one

'I assure all refugees — Hindu, Sikh, Jain, Buddhist and Christian — that the Government of India would not ask any one of them to leave the country' 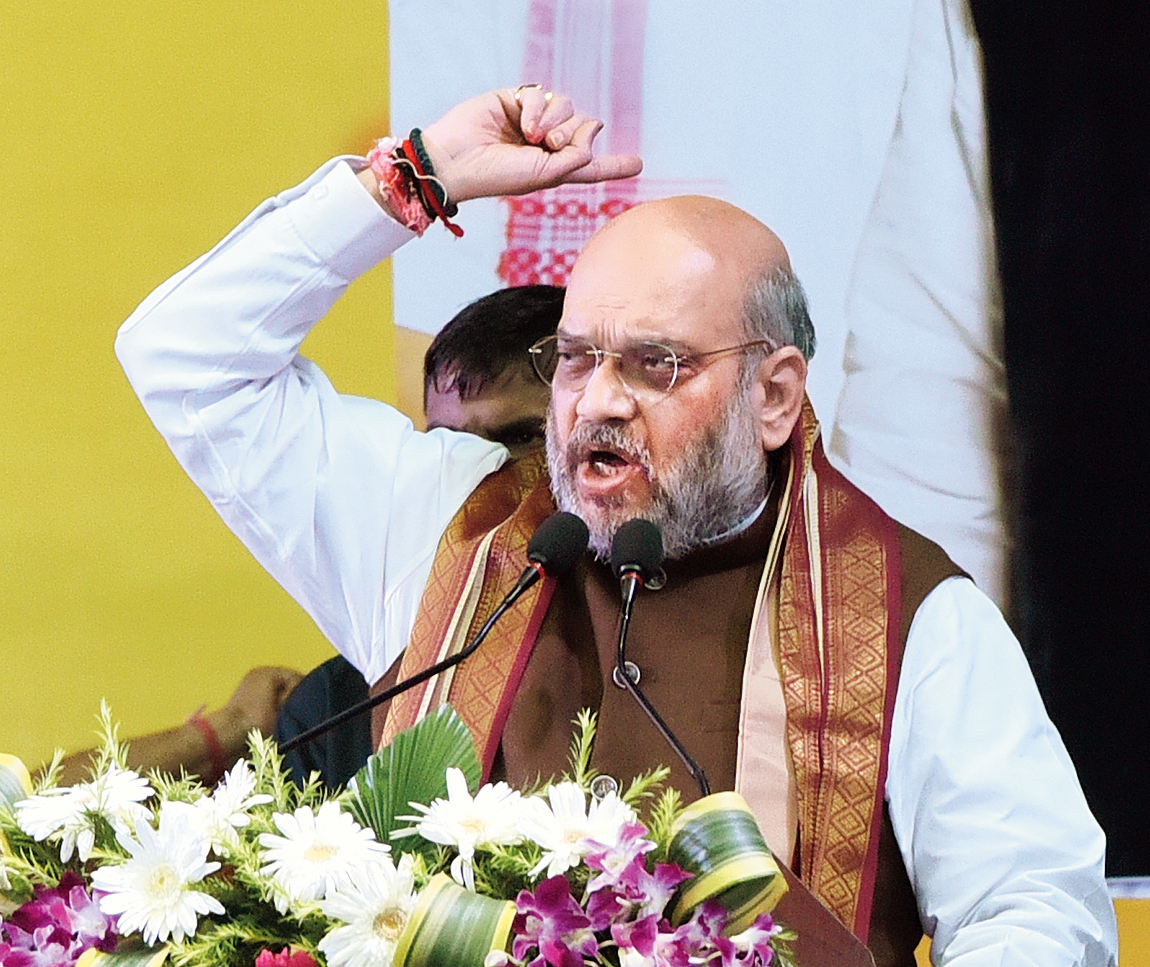 BJP chief Amit Shah on Tuesday sought to address rising panic in Bengal over the National Register of Citizens (NRC) by asserting that the Centre would first get a bill passed to protect “refugees” but left a segment of the population out of the safety net.

“We will first get the Citizenship (Amendment) Bill passed and then we will go for the NRC,” Shah said, addressing a crowd of around 10,000 at Netaji Indoor Stadium.

“I assure all refugees — Hindu, Sikh, Jain, Buddhist and Christian — that the Government of India would not ask any one of them to leave the country,” Shah added.

The home minister of the Union of India did not mention one community.

But he took care to add that “I want to promise you that we won’t let a single infiltrator stay. This is the BJP’s promise.”

Without taking Shah’s name, chief minister Mamata Banerjee said later in the day: “We invite all to come and see our Durga Puja. We welcome you. But please don’t come here to spread hatred, to divide. Don’t come here to disturb our harmony. Bengal will prove through its culture that it does not encourage hatred.”

Although the event at Netaji Indoor was billed a “public awakening programme on NRC”, Shah spoke more about the Citizenship (Amendment) Bill, especially after the Assam exercise is perceived to have put more Hindus than Muslims at risk.

In Bengal, at least 17 deaths have been linked to NRC-fuelled panic although the chief minister has vowed not to allow it to be extended to the state.

Shah’s repeated stress on the bill — which proposes Indian citizenship for Hindu, Sikh, Buddhist, Jain, Parsi and Christian “refugees” from Afghanistan, Bangladesh and Pakistan, where they are minority communities — suggests the BJP is worried about a backlash from the majority community here if the fears are allowed to escalate.

Later, at a closed-door session with party functionaries at the same venue and in an exclusive interview to ABP Ananda, Shah repeated the clarification that the bill would be given primacy.

Shah, who has been aggressively promoting the NRC, switched course on Tuesday and accused Mamata of creating confusion over the register.

Mamata has been saying that out of the 19 lakh people in Assam who could not make it to the list, around 12 lakh are Hindu and 1 lakh Gorkha.

“Mamataji is saying that lakhs of Hindu refugees have to leave the country following the NRC… It is her biggest lie,” Shah said.

“The BJP will empower all refugees with full Indian citizenship with the right to even become the Prime Minister, which had been denied by the Congress, the communists and Trinamul,” he added.

The BJP chief asserted that the government would soon table the Citizenship (Amendment) Bill and get it passed before implementing the NRC across the country, including Bengal.

Shah told his party supporters to launch a door-to-door campaign explaining the positives of the bill. “Hindu, Sikh, Buddhist, Jain and Christian refugees would be given citizenship without any documents,” he told ABP Ananda.