Seven killed in three accidents in one district 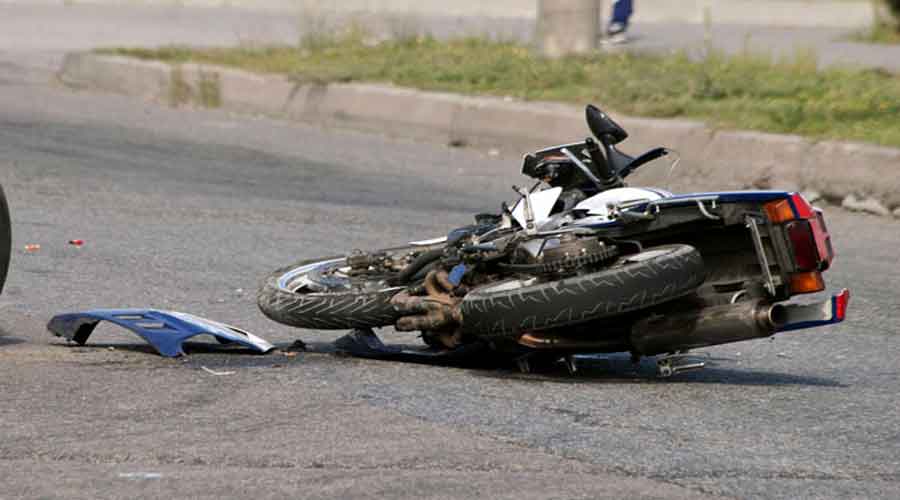 Four persons riding on a motorbike without helmets died after the two-wheeler rammed into the guard-wall of a culvert on Sainthia-Kuli state highway near Harimati village of Burdwan police station area early Monday morning.

The deceased were Sukesh Bagdi, 24, Ranit Majhi, 20, Kalyan Das, 20, and Bidyut Bagdi, 23. All were the residents of Birbhum’s Belgram village. Debanjan Chakraborty, a resident of Belgram, said all the four had gone to Burwan to watch a jatra on Sunday evening.

Police said they were informed about four unconscious persons lying on the paddy field early on Monday morning. All the four were declared brought dead at the Kandi subdivisional hospital.

Anis Khan, 28, a resident of Paschim Gamini village of Behrampore, was killed after his bike hit a toto on the way to his home on NH12. Janardan Mondal, 70, a passerby, also died in the accident after Khan’s bike hit him soon after colliding with the toto on Sunday evening.

Monodeep Sarkar, 23, was killed when his motorbike hit a tree near Jigri more area of NH12 on Sunday evening.

“All the four persons killed in a road mishap in Burwan were drunk and without helmets. It is tough to control such accidents if people violate traffic norms. Vigil on the roads would be intensified,” said K Sabari Rajkumar, district police chief, Murshidabad.