Heritage building to be renovated 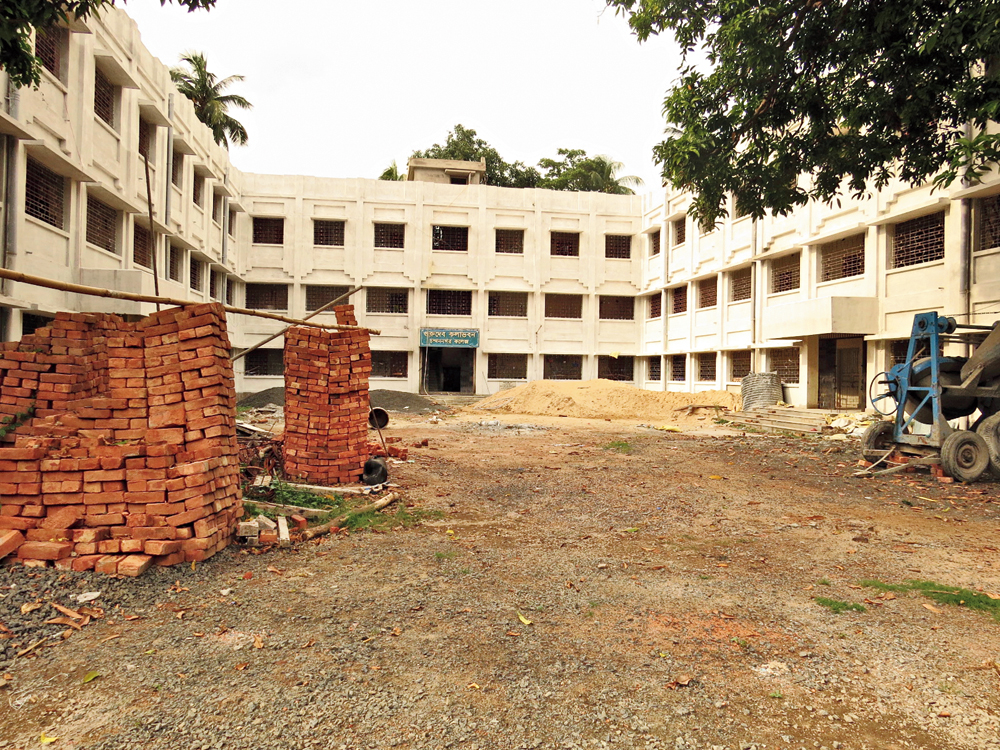 Chandernagore College is having a second campus built behind the current one on the Strand and has plans to renovate a heritage structure on its premises.

A three-storeyed building is being constructed since 2018 and is expected to be completed by the Puja.

The college now has close to 4,000 students. “We do not have space to hold the ideal number of classes now that the choice-based credit system has come into force. So the second campus is very much needed,” principal Debashis Sarkar told The Telegraph.

The college has received a grant of Rs 3.25 crore from the state government for the second campus.

The site had an incomplete single-storeyed structure, the construction of which had long been abandoned. The college submitted a proposal to complete the building in 2017 and it was approved.

“We have been selected to receive another grant of Rs 2 crore under the Rashtriya Uchchatara Siksha Abhiyan 2.0, a scheme jointly funded by the Centre and the state. The college has received Rs 1 crore from it, out of which an elevator is being installed, the biology laboratory is being upgraded and an office management software is being bought. Another Rs 1 crore will be utilised for digitising the library. We have more than one lakh books, including some old books in French. Digitisation will allow students easy access,” the principal said.

The college inaugurated a girls’ hostel in April, which can house close to 40 students and offers free Wi-Fi service.

Once the new campus comes up, the college plans to build a smaller building for students. It will have facilities like students’ common room and canteen.

The oldest structure on the campus is a single-storeyed building of French colonial style with a deep verandah supported by twin Tuscan columns and timber louvred screens.

It was renamed Dupleix College in 1901 and subsequently College De Bussy. It was declared a heritage building in 2010.

“It houses a centre for Netaji Subhas Open University, the staff room and the students’ union room. The college has received Rs 1.68 crore for its renovation,” Sarkar said.

The principal has plans to develop a language laboratory, a computer laboratory, a digital archive and a heritage research centre on the four European countries that had established colonies in the neighbourhood — France, Denmark. Portugal and the Netherlands.