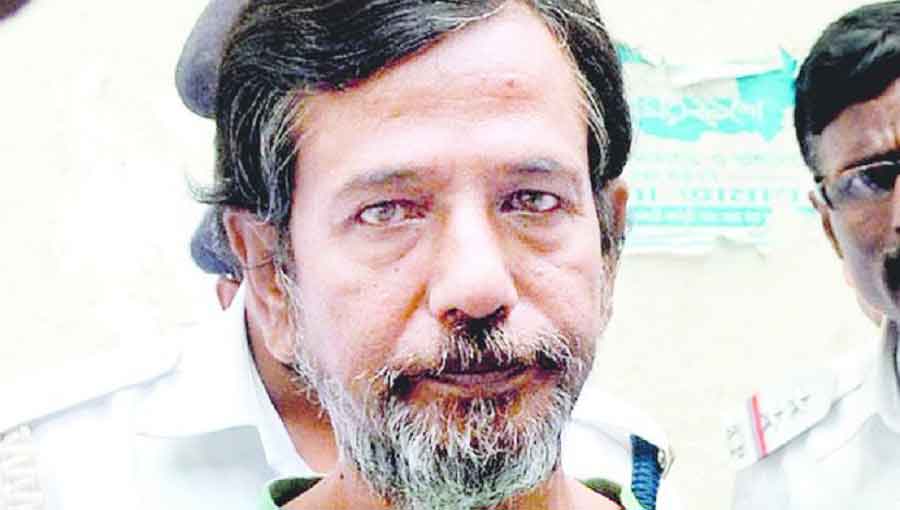 Sudipta Sen, owner of the Saradha group and main accused in the chit fund scam, sent a “prisoner’s petition” to the offices of Prime Minister Narendra Modi and chief minister Mamata Banerjee with names of many politicians, including rebel Trinamul leader Suvendu Adhikari, alleging that they took money from him.

The petition says: “Respected Sir and respected Madam, I Sudipta Sen owner and director of Saradha Group of companies want to say that there are many influential persons, who have taken huge financial and….(illegible) from me... They include Adhir Ranjan Chowdhury (6cr), Sujan Chakraborty (9cr), Mukul Roy huge amount of money I cannot remember, Subhendu Adhikari (6cr), Biman Bose (2cr) and some other politicians of CPIM, BJP, Congress and TMC…” The petition also requests CBI and police action.

BJP national vice-president Mukul Roy, who was with Trinamul in 2013 when the Saradha scam broke, called Sen’s statement concocted. “This person is in the custody of state police…I feel the entire thing has been made up.”

CPM MLA Chakraborty and state Congress chief Chowdhury separately accused the TMC and said that the ruling party was afraid of the Left-Congress alliance. Chakraborty added that it was “hilarious”  that a person in jail for seven years was coming up with names.

Suvendu did not respond to the paper’s calls.