Similar rallies were taken out across Bengal 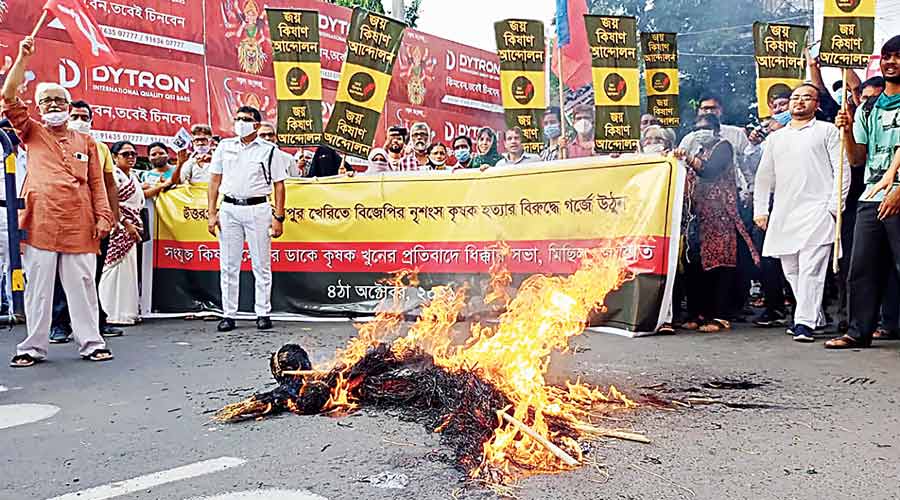 The Sanjukta Kisan Morcha (SKM) staged a demonstration at Moulali crossing in Calcutta on Monday afternoon to protest against the “murder” of farmers who were allegedly run over by a car driven by junior Union home minister Ajay Mishra’s son at Lekhimpur Kheri in Uttar Pradesh on Sunday.

Similar protest rallies were taken out across Bengal.

“The fascist BJP government has changed its ways to stop our movement. They are treading the path of elimination. (They) did it in Haryana, in Assam and now in UP. But we won’t be cowed down by fascist forces,” said CPM politburo member and SKM leader Hannan Mollah.