TMC will not bow down to such acts of intimidation: party general secretary 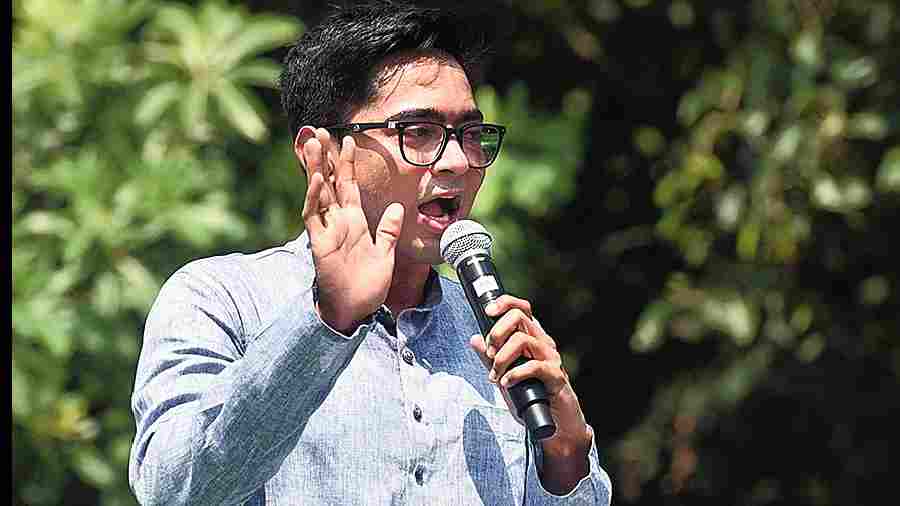 TMC will not bow down to such "acts of intimidation", he said.

"Fearless, Gokhale stood against the ruling dispensation that trades lives for its own profit. In reaction, panic-stricken @BJP4India got our national spokesperson @SaketGokhale arrested by Gujarat police. It is their (BJP's) folly to think these acts of intimidation will make us (TMC) to bow down!," Banerjee tweeted.

Gujarat police has detained Gokhale over a tweet endorsing an alleged fake news report about Prime Minister Narendra Modi's visit to Morbi after the bridge collapse there. The bridge collapse on October 31 had claimed 135 lives.

It apprehended the TMC spokesperson from Jaipur in Rajasthan during the early hours of Tuesday.

TMC Rajya Sabha MP Derek O'Brien gave the sequence of events leading to Gokhale's detention and described the case filed with the Ahmedabad Cyber Cell as "cooked up".

"Saket took a 9 pm flight from New Delhi to Jaipur on Monday. When he landed, Gujarat Police was at the airport in Rajasthan waiting for him and picked him up. At 2 am on Tuesday, he called up his mother and told her that they (Gujarat police) was taking him to Ahmedabad and he would reach there by noon today (Tuesday).

The (Gujarat) police let him make that two-minute call and then confiscated his phone and all his belongings, O'Brien tweeted.

"All this cannot silence @AITCofficial and the Opposition. BJP taking political vendetta to another level," he said.

TMC spokesperson Kunal Ghosh termed Gokhale's "arrest" as "utterly disgraceful" and said that the act showed that the BJP is trying to build an "autocratic nation".

He also claimed that the BJP's days at the Centre are numbered.

Gokhale recently tweeted a news clipping which apparently appeared to have been published in a leading Gujarati newspaper. It claimed that a query under the right to information revealed that the Gujarat government had spent Rs 30 crore on Modi's visit to Morbi after a bridge collapsed there in October.

The bridge tragedy had claimed 135 lives.