‘Not even 24 hours have passed since I was sworn-in, and a central team has come’ 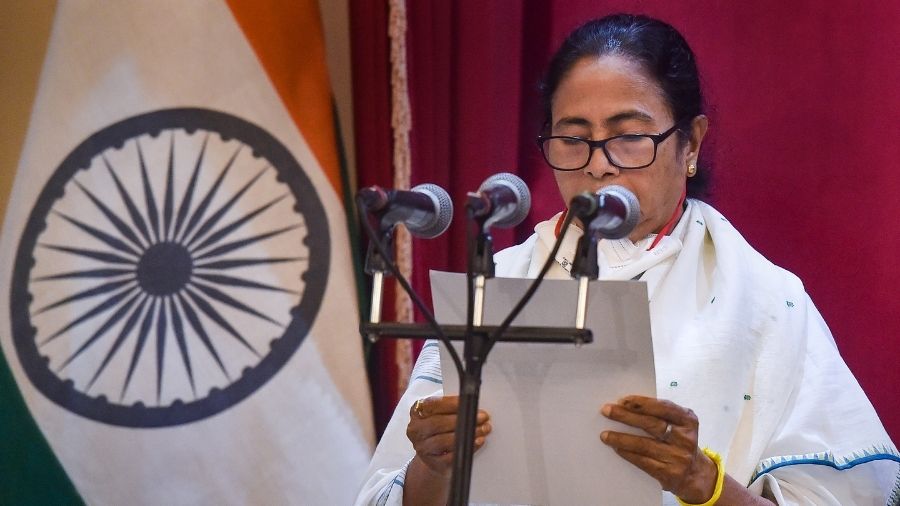 Bengal Chief Minister Mamata Banerjee on Thursday said 16 people have lost their lives in post-poll violence in the state and announced a compensation of Rs 2 lakh each for their families.

Mamata, who was addressing the media, also said that her government would provide jobs of Home Guard to one family member each of all five persons killed in CAPF firing in Cooch Behar's Sitalkuchi area last month.

“At least 16 persons - mostly from the BJP and the TMC and one of the Samyukta Morcha -- died in post-poll violence. We will pay a compensation of Rs 2 lakh to their family members. Our government will also provide jobs of home guard to the next of kin of Sitalkuchi victims," she said.

She also added that a CID team had initiated a probe into the incident of firing in Cooch Behar that took place when the voting exercise was underway for the fourth phase of assembly elections, on April 10.

Her announcements came in the backdrop of allegations that Union minister of state for external affairs  Murlidharan's car was attacked while he was visiting a village in West Midnapore to look into alleged post-poll violence.

BJP chief J.P. Nadda also criticised the attack, claiming that "TMC-sponsored" violence was in full swing in Bengal  after the assembly poll results were declared.

Condemning the attack, Nadda alleged that law and order has completely collapsed in Bengal. "If a Union minister can be attacked then what would be the condition of common man?" he asked.

Mamata did not respond to Nadda’ specific allegation. But she took a swipe at the BJP, saying the saffron party was yet to come to terms with the people's mandate.

She accused central leaders of inciting violence in the state.

"Not even 24 hours have passed since I was sworn-in as the CM and letters, a central team have started arriving. This is because the BJP has not yet reconciled to the mandate of the common people. I will request the saffron party leaders to accept the mandate," she told reporters, referring to the Union home ministry’s announcement that a four-member team, headed by an additional secretary, was being sent to Bengal to look at all aspects of the post poll violence.

Mamata said, “Please allow us to focus on the Covid situation. We do not want to engage in any squabble," she added.