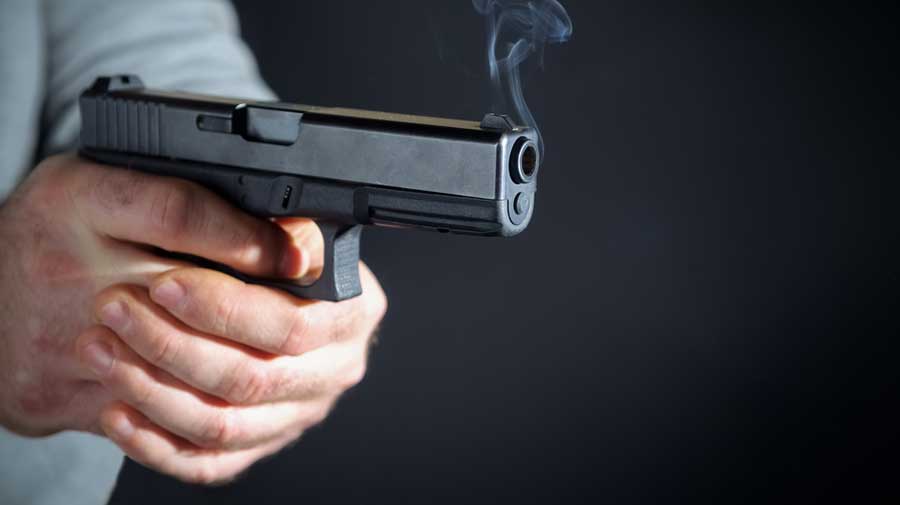 A group of miscreants barged into the house of an elderly couple in Habibpur of Malda district and decamped with cash and gold jewellery estimated at Rs 10 lakhs early on Thursday morning.

“It was past midnight when five to seven miscreants barged into the house. They held us at gunpoint, tied us inside a room and took away cash and gold ornaments,” Amal Pandey, the house owner, said.

Pandey said he had recently sold paddy and had cash with him. “The miscreants fired several rounds while escaping the house after the burglary which kept the villagers away from the spot,” he said.

After the robbers fled, locals rescued the couple and informed police.

Police said the area where the incident happened is adjacent to the India-Bangladesh border. “A probe is on and raids are being conducted to nab the miscreants,” said a police officer.

A suspected gambler was shot during a tiff in the Maheshmati area of Malda district on Thursday.

Police said Ashgar Sheikh, a resident of Englishbazar in Malda, was shot by one of his friends during an altercation. “Sheikh, with a couple of his friends, were into gambling in the Maheshmati area of the town,” said a police source.

“Sheikh has suffered a bullet injury in the back and is under treatment at the Malda Medical College & Hospital,” the source added.