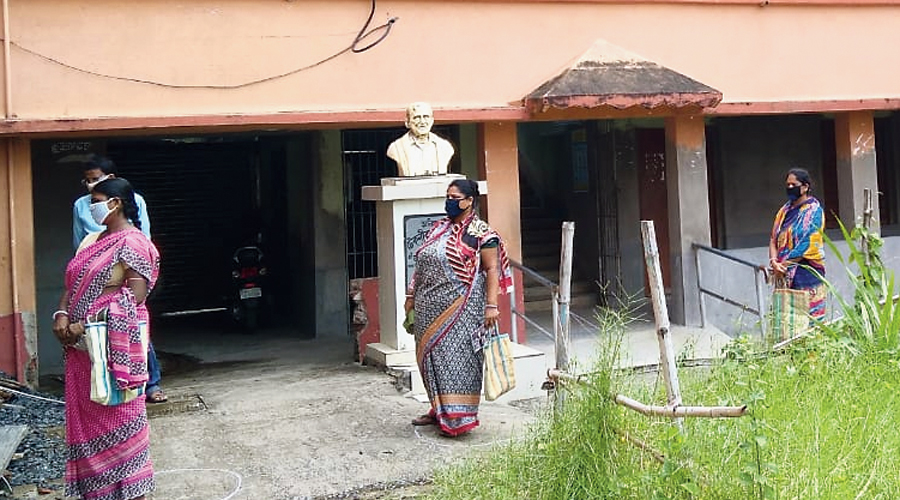 The East Midnapore district administration this week directed the food and supplies department to replace nearly 530 quintals rotten chhola (gram) that it had supplied for distribution for the midday meal scheme in schools across seven blocks and a municipality.

Reports of rotten bags of the gram — part of a package comprising 2kg rice, 2kg potato, and a piece of soap as well given per student — surfaced over the last two weeks when parents collected their monthly quota of ration given as a substitute for children’s midday meals. Each student gets 1kg of gram..

Schools are closed amid the pandemic.

Sources said that angry over the poor quality of gram distributed from September 8-10, some parents dumped the supplies in front of school gates.

“The district administration, after receiving several reports, wrote to the food and supplies department on September 22, asking it to replace the rotten gram with better quality produce. It also asked school authorities in the seven blocks and one municipality to purchase gram selling at Rs 60 a kilo from the market and distribute it among the students,” said a source.

East Midnapore has roughly 5,905 government schools with an enrolment this year of 6,35,743 students in Classes I and VIII. All these students are covered under the midday meal programme.

“The gram supplied this month was of poor quality. It was full of bugs,” said a parent of a student in Haldia.

Sheikh Mukhtiar Hossain, the father of a Class V student at Durmut High School, said he was forced to feed the recent supply of gram to his cows.

The additional district magistrate has sent two letters — dated September 10 and 22 — to the district controller (food and supplies) directing the food and supplies department to replace “poor quality gram at once”.

Sources said the food supply department procures potatoes and soaps for the midday meal package from local markets. It was directed this week to do the same for gram.

District controller (food and supplies), Saikat Chakraborty, acknowledged receipt of the ADM’s letter this week and said the food and supplies department had been informed.

“We are awaiting their response,” he said.