Advertisement
Home / West-bengal / Ropeway in limbo for want of cash

Ropeway in limbo for want of cash

The project, funded by the Gorkhaland Territorial Administration (GTA), started in August 2014 with an 18-month deadline 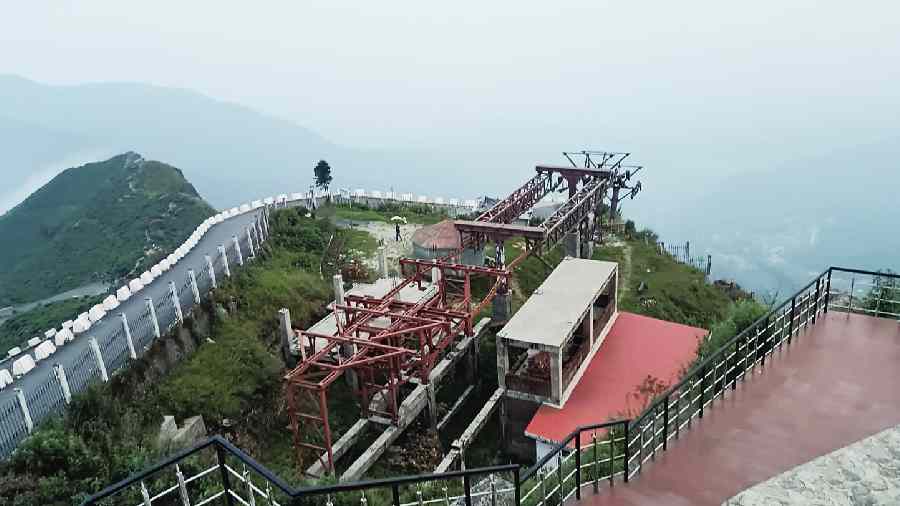 A 2.5km ropeway service planned around eight years back between Rohini, around 25km from here, and Giddapahar on the outskirts of Kurseong, is yet to be completed as cash crunch has halted its work.

The project, taken up by the Conveyor and Ropeway Services Private Limited and funded by the Gorkhaland Territorial Administration (GTA), started in August 2014 with an 18-month deadline.

“We stopped construction work of the proposed ropeway service from Kurseong to Rohini for the past one-and-a-half years as the GTA is yet to clear a portion of the dues to us. If the dues are cleared, we will resume work and hope to finish the project in four months,” said Prabhu Gupta, project director of the ropeway service.

On August 28, 2014, work of the passenger ropeway service, which was expected to draw more tourists to the hills and cut travel time between the plains and the hills, started with an estimated cost of Rs 16 crore.

According to Gupta, out of 16 towers to be built along the route of the ropeway, 15 have been installed.

“Installation of only one tower and the control panel are yet to be carried out, plus some minor work. It is because of fund constraints that we were forced to stop the project,” he added.

Sources in the GTA admitted that they were yet to make the final payment to the company.

Around Rs 5.93 crore have to be paid, which include GST, they said. The GTA lacks adequate funds right now to make the payment, a source said. “We have written to the state government, seeking approval of funds and hope that once the GTA elections are over, funds will be available for the project,” the source added.

Sources said that since 2014, there were disruptions in work over several reasons, including the political unrest of 2017, the emergence of the pandemic from early 2000 onwards and finally the pending dues of the GTA.

Samrat Sanyal, who runs a travel house in Siliguri and arranges trips for inbound tourists visiting the region, said the ropeway would be an added attraction for tourists in Kurseong. “A number of hotels, resorts and homestays have come up in and around Kurseong in the past few years. The ropeway will draw more tourists.”