The arrested have been identified as Mohammad Rafiq, his wife Anowara Begum and their relatives, Dilbar Begum and a 16-year old girl 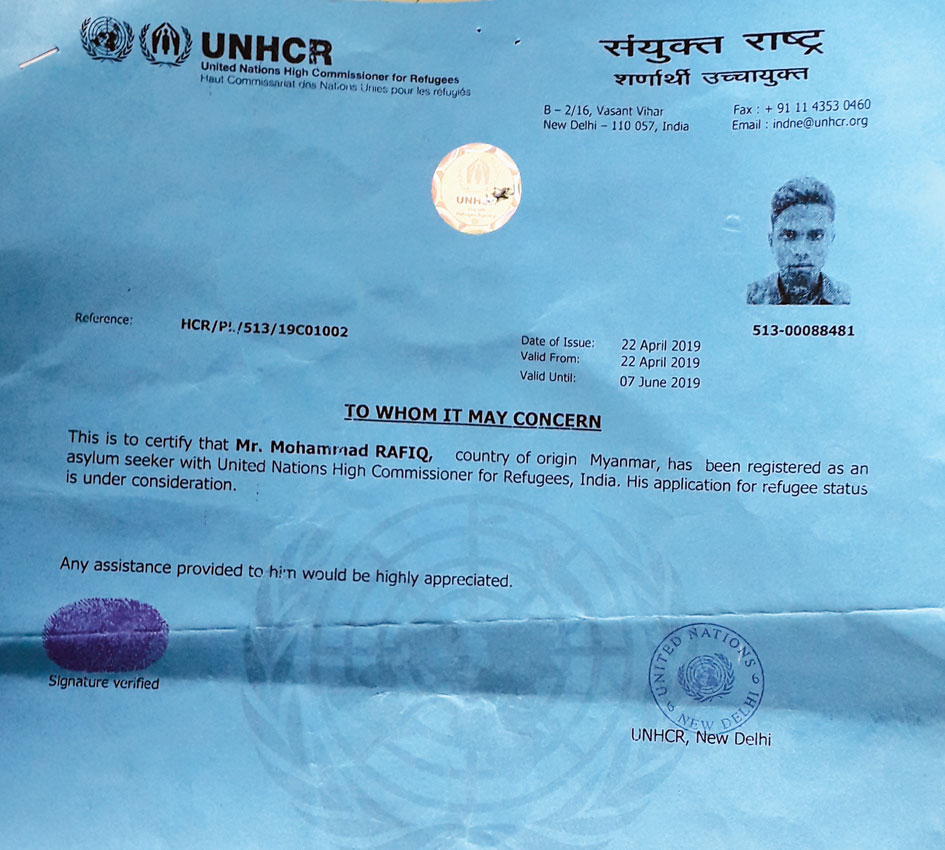 Four Rohingya refugees, including two women and a minor girl, were arrested by the Railway Protection Force at Jalpaiguri Road station on Sunday morning after they disembarked from a Calcutta-bound train.

An RPF officer said the four had been carrying letters issued by the UNHCR (United Nations High Commissioner for Refugees) office in New Delhi, saying they had applied for refugee status. But the papers indicated that the validity of their applications had expired in June.

The arrested have been identified as Mohammad Rafiq, his wife Anowara Begum and their relatives, Dilbar Begum and a 16-year old girl. All are residents of Myanmar, showed the documents.

Sunil Kumar, an RPF inspector, said all the four had been staying at the refugee camp in Kutupalong, Cox’s Bazar, Bangladesh. On July 24, they reached Comilla, Bangladesh, from the camp and crossed into Akhaura in Tripura.

“The refugees reached Agartala on July 26 and boarded the Calcutta-bound Kanchenjungha Express the following day. We are finding it tough to converse with them as their language is quite different. We have asked for an interpreter,” said Kumar.

RPF officials said the group had plans to get down in New Jalpaiguri but they alighted at Jalpaiguri Road by mistake. As they started moving around the platform, the RPF men suspected something wrong and intercepted them.

Rafiq somehow managed to tell journalists that they were going to Delhi where his neighbours work.

The four were sent to the GRP station in New Maynaguri station. Charges under Foreigners’ Act have been brought against them, said sources.