The crash occurred hours after she was reunited with her family 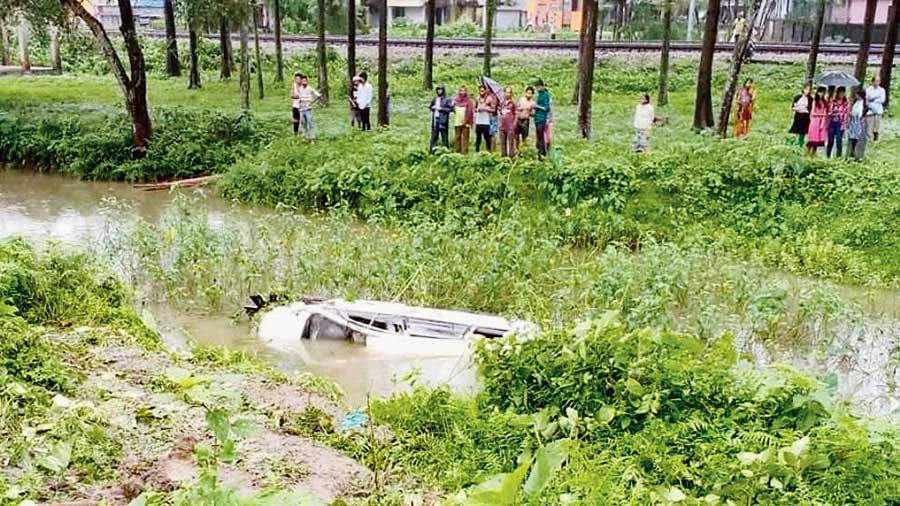 A minor girl abducted from Siliguri and rescued in Cooch Behar district died in a road accident with her mother and uncle on Thursday, hours after she was reunited with her family.

A police constable also died in the accident.

A sub-inspector, a lady constable and the youth accused of abducting the girl, have suffered injuries.

Sources said a few days back, Kailash Das of Khochabari under Sahebganj police station of Dinhata subdivision in Cooch Behar, who knew this 17-year-old girl, had convinced her to elope with him.

As she went missing, her family filed a complaint with Pradhannagar police.

Police tracked the girl to Khochabari. A police team led by sub-inspector Biswajit Das, a police constable and a lady constable headed for Sahebganj on Wednesday in an SUV, with the girl’s mother and uncle. The team reached Khochabari, rescued her and arrested Kailash.

“All started for Siliguri on Thursday morning in the SUV. As they were crossing Ghokshadanga, a dog came in front of the vehicle. We suspect the driver lost control, the vehicle skidded off the road and fell into a ditch. The girl and three others died. Three others were injured,” said Chandan Das, the DSP (traffic) of Cooch Behar.

Residents and a police team reached the accident site and took all passengers to a local health centre. There, doctors pronounced the girl, her mother and uncle, and Pradhannagar constable Gobinda Sen, 40, dead.

The vehicle, police sources said, was running at 80kmph. The injured police personnel have confirmed that the driver was dozing.

“He had driven from Siliguri to Khochabari, and after the rescue, he started for Siliguri. It seems he was feeling sleepy. He should have rested. That could have averted the accident,” said a police officer.