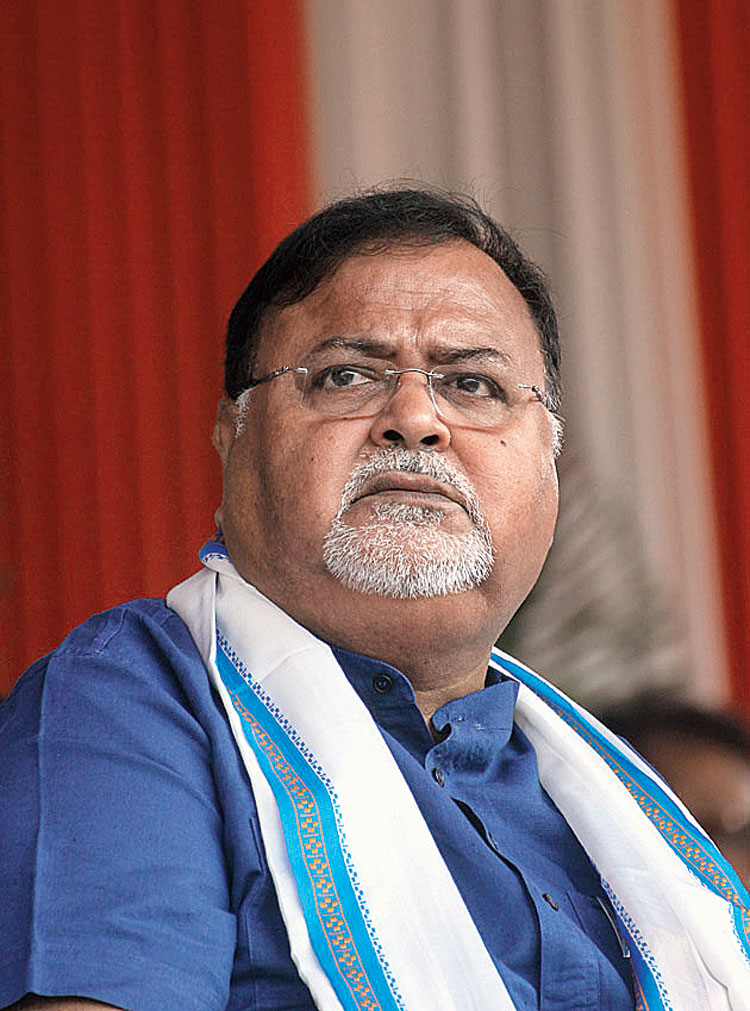 The state government will do “all it takes” to renovate the dilapidated Aldeen House, a building along the Hooghly where the seeds of modern education in Bengal were sown under the tutelage of William Carey, education minister Partha Chatterjee said on Monday.

Chatterjee was at Serampore College to unveil the busts of William Carey and fellow missionaries Joshua Marshman and William Ward and inaugurate an academic exhibition.

For close to three years from July 15, 1818, Aldeen House had been a centre of learning with a 37-strong batch of mostly European students learning Sanskrit, Persian, Arabic, astronomy, geology and botany. They were the first students of Serampore College, which shifted to its current address in 1821. 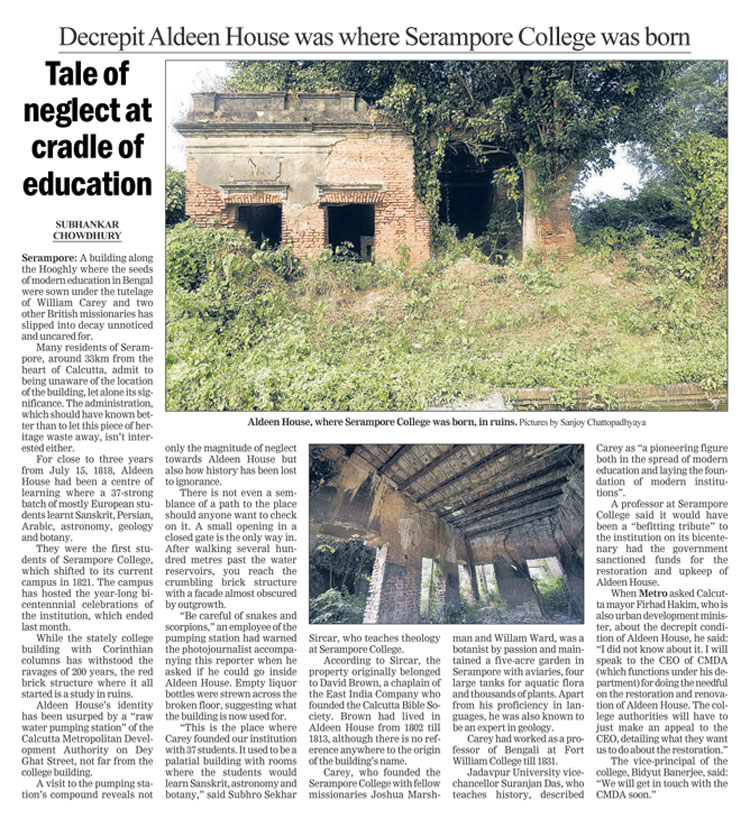 The Telegraph report on Aldeen House on January 4, 2019

The Telegraph had reported on January 4 last year how Aldeen House, considered the cradle of modern education by academics, has been lying in ruins.

“The state government will do all it takes to renovate Aldeen House, from where Serampore College had started. The seeds of modern education had been sown in this house, that is unfortunately lying in ruins,” minister Cha tterjee said.

Jadavpur University vice-chancellor Suranjan Das, who teaches history, described Carey as “a pioneering figure both in the spread of modern education and laying the foundation of modern institutions”.

While the imposing college building with Corinthian columns has withstood the ravages of 200 years, the red brick structure where it all started is in a shambles.

Aldeen House’s identity has been usurped by a “raw water pumping station” of the Calcutta Metropolitan Development Authority on Dey Ghat Street, barely 50 metres from the college building.

Chatterjee told Metro that the college authorities have held several citizens’ conventions about the need to restore Aldeen House. “I know there are certain complications regarding the ownership of the land where the heritage structure stands. But we want to resolve all the complications and renovate the structure and hand it over to the college. I have asked the college authorities to meet me again on this issue,” Chatterjee said.

Vansanglura, the principal of Serampore College, said the renovation of Aldeen House had been proposed to the minister while inviting him to the college. “Today, he spoke earnestly about renovating Aldeen House. As has been suggested by minister Chatterjee, we will meet him again. We want to turn Aldeen House into a tourist destination,” Vansanglura said.