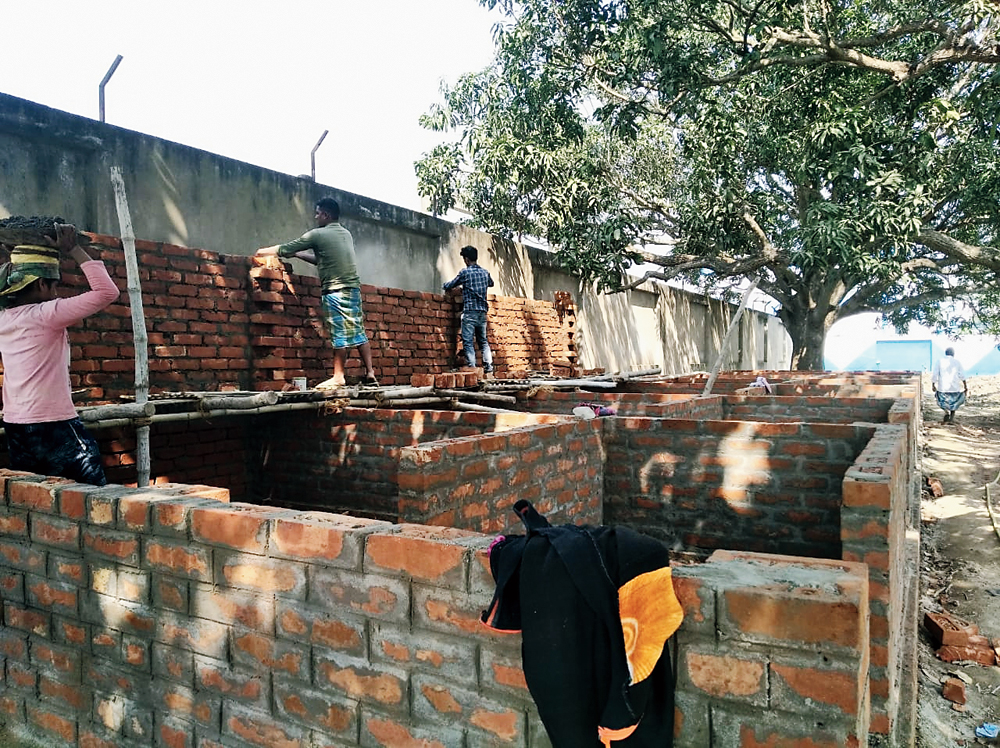 The civic body has begun the construction of a residential building for 34 underprivileged families who had recently been evicted to facilitate the construction of a bridge, which is part of the recent widening of NH12 into a four-lane highway between Jagulia and Krishnagar, over the Churni.

Each of the 34 families, who have been living on encroached government land, will be provided with a free one-room dwelling equipped with a kitchen and corridor space. Sources said the project was coming up on a piece of land owned by the municipality.

Municipality sources said they would use funds from the government’s Gitanjali housing scheme and their own resources to complete the project.

In October last year, a 66km stretch of NH12 between Jagulia and Krishnagar was slated for renovation and widening by the National Highways Authorities of India. However, the project got delayed as those living in huts and shanties on the acquired land refused to leave their settlements. Last month, the district administration began an eviction drive after convincing the families that they would be resettled.

The municipality sources said 34 families had been living on the government plot adjacent to a pier on the Churni river for almost two years.

“These families are economically very weak. Most of them are daily wage earners living in shanties, and it was not viable for them to make their own arrangements after being evicted. So, we decided to build homes for them,” said Koshaldeb Banerjee, who is the Trinamul councillor of ward 10 of Ranaghat.

The sources said there were problems in getting funds for the rehabilitation project.

“So, we took up the matter with the district administration, who allowed us to go ahead with it,” said Chatterjee.

“Our objective is to provide shelter to the families and better their living conditions. So, we conceived a plan for compact housing that included a big room and some space for cooking. The building will have two wings under and there will be a set of community toilets and bathrooms on the premises. It will have a boundary wall for security,” Chatterjee added.

According to the sources, each flat would cost around Rs 1.20 lakh. The municipality will get Rs 70,000 from the Gitanjali scheme for each flat while the rest will be subsidised from the municipality’s own fund.

“All the residents will have to pay their electricity bill,” said Chatterjee.

Last month, the civic authorities identified a plot adjacent to Abakash in ward 10. Sources said Ranaghat SDO Harsimran Singh visited the site, along with officials of the civic body, before work commenced. The local councillor, Koshaldeb Banerjee, is supervising the construction.

“Till the project is complete, we have offered the families temporary shelter as many of their children have their examinations coming up,” said Banerjee.

Sabitri Sandhukhan, a beneficiary who works as a domestic help, said: “We are moved beyond words by the municipality’s gesture.”

“I never dreamt of owning a home. But the municipality has turned it into a reality now,” said beneficiary Basudeb Sen, who pulls a rickshaw for a livelihood.