So far, it is the only civic body in Darjeeling district where Trinamul has ever been elected to power 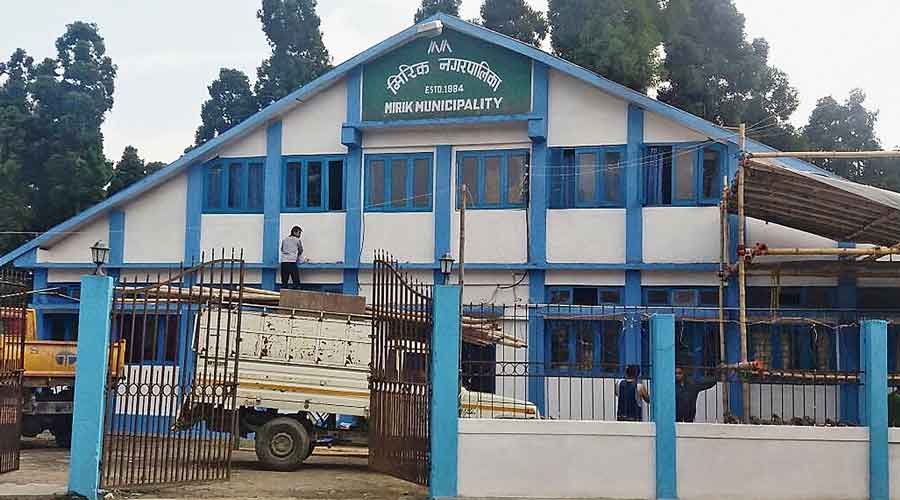 The state urban development and municipal affairs department has set its sights on Mirik, a tiny hill town and subdivisional headquarters, to develop its civic infrastructure and facilities.

The move makes it evident that Trinamul, in power in the Mirik municipality, wants to retain the hill civic body.

In 2017, Trinamul managed to secure a majority in Mirik municipality. So far, it is the only civic body in Darjeeling district where Trinamul has ever been elected to power.

According to sources in the civic body, officials from the department and other agencies like the State Urban Development Authority (SUDA), the Municipal Engineering Directorate (MED) and the Calcutta Metropolitan Development Authority, have visited the hill town, some 50km from here, in the past one week to discuss various infrastructure projects for Mirik civic area.

The regional office of MED in Siliguri has made a comprehensive master plan to develop the hill town, said sources.

“The plan has been sent to the state urban development and municipal affairs department. It comprises beautification of Mirik Lake and surroundings and proposals for other projects to keep the town clean. We are awaiting the department’s nod,” said a source in MED.

Sources in the civic body said the team from SUDA has elaborately discussed the issue of solid waste management of the town.

“The civic body has identified a three-acre plot on the outskirts of the town for a waste processing unit. Members of self-help groups will be trained to run it. There are plans to make compost from wastes and sell it to tea estates and owners of orange and other plantations. It can be another source of revenue for the municipality,” said the source.

Officials of state tourism and UDMA departments said the state government intends to develop the hill town, so far known as a site for a day’s visit, as a full-fledged tourist destination.

“There are indications that the flow of tourists will go up. That is why it is necessary to have proper civic infrastructure here,” said L.B. Rai, the civic chairman of Mirik.

Trinamul insiders, asked about the sudden focus on Mirik, said they do not want to lose the civic body. “We have our allies in the hills and evidently regional parties will participate in municipal elections. But this is the first municipality in the hills we won in 2017 and we don’t want to lose it,” said a Trinamul leader.