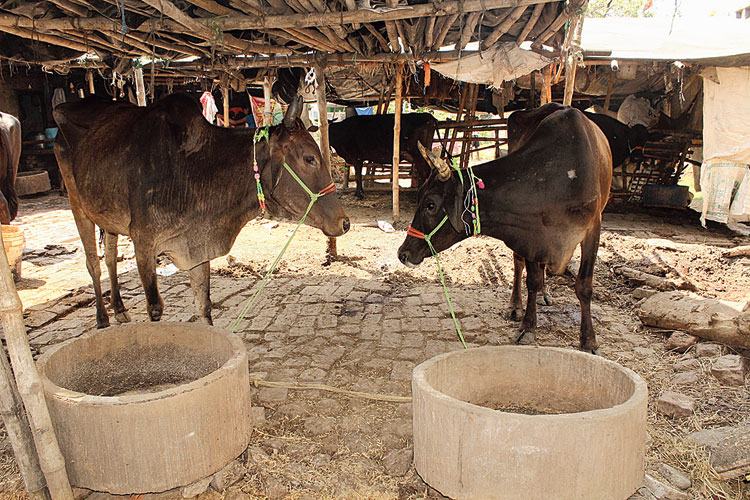 The coronavirus outbreak has hit thousands of milk traders in south Bengal as half a dozen procurement centres, as also sweet shops, have shut down because of the nationwide lockdown and the subsequent drop in demand.

Sources said all six dairy farms that doubled as procurement centres in Birbhum, Murshibadad, Hooghly and Bankura had stopped procuring milk from the traders.

Umapada Shaw, a trader who used to sell 300 litres of milk to a procurement centre in Hooghly’s Dadpur and around 80kg of cheese to three sweet shops in Calcutta, had to spill his milk on the road on Thursday evening.

“The centre to which I used to sell my produce has stopped procuring milk citing a drop in demand. The sweet shops are also closed. I had no option but to throw away the milk. At least 50 sellers had to throw away their entire produce on Thursday. If we can’t sell milk, how will we feed our animals?” Shaw said.

Leaders of the West Bengal Ghosh and Gabhi Kalyan Samity, an association of milk traders, said there were around 40 lakh people across Bengal whose livelihood depended on rearing cows and buffaloes and most of them were in trouble.

“If we can’t earn, we will not be able to feed the animals. Half of Bengal’s milk traders are facing the same problem with dairies closing down,” said Bappaditya Ghosh, the president of the association.

However, in these trying times there is a dim ray of hope for dairy farmers with a few government-run cooperatives such as the Bhagirathi Co-operative Milk Producers’ Union Ltd in Murshidabad and Amul continuing to procure milk.

The main procurement centre of Amul in south Bengal is in East Burdwan’s Memari. The unit has a capacity to procure around 2.5 lakh litres of milk. But with smaller firms shutting shop, Amul is trying to make up by increasing its procurement capacity.

“Our capacity is to buy 2.5 lakh litres per day from our registered members. But in these difficult times we are purchasing 4.2 lakh litres of milk a day for the past three days. However, it will not be possible to continue procuring such a large amount of milk as the demand in the market has dropped,” said Apurba Ghosh, an official working in Amul’s Memari unit.

Suman Ghosh, who works with a small procurement centre that has closed down, said: “The company had asked us to close down the centre from Wednesday as there was less demand for milk in the market. As we are unable to procure milk, dairy farmers are blaming us for the loss they are suffering.”

Senior officials of the Bhagirathi Co-operative Milk Producers Union Ltd said they were not able to buy surplus milk because of the drop in demand.

“The supply of milk is more now as sweet shops are closed. There are many milk sellers who earlier used to sell their produce to other units, now they are coming to us. But we are procuring milk from our members only,” said an official.

The milk traders said the price of bovine feed had increased as a group of traders were hoarding them.

“We are passing through a bad phase. We are suffering huge losses, and we are also unable to feed our livestock as their feed is not available in the market. If we can’t sell our produce and can’t get food for the animals at a fair price, how can we survive? It will be a disaster and we request the government to ensure that we get feed for our animals without any hassle,” said Ghosh.