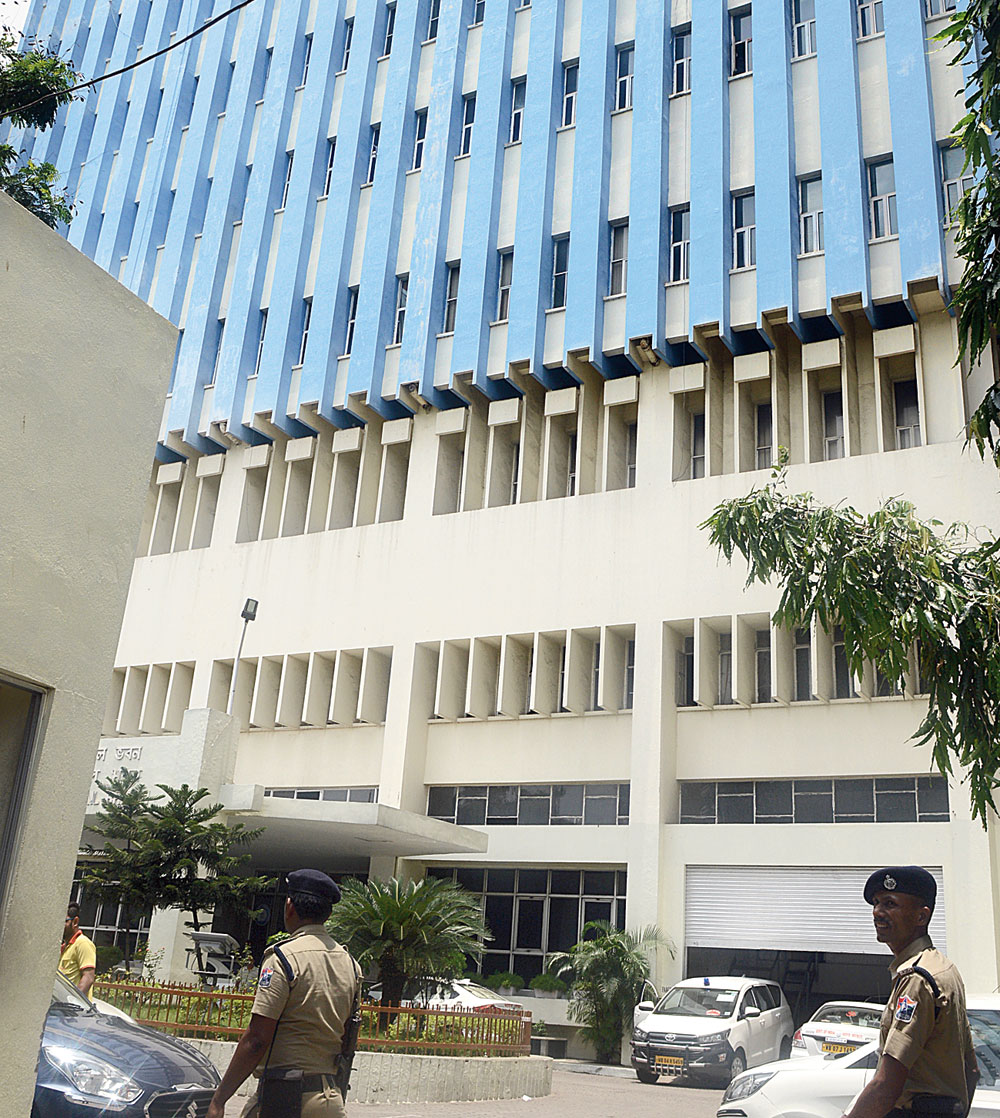 Metro Bhavan where the inquiry was held on Thursday
Picture by Bishwarup Dutta
Our Special Correspondent   |   Calcutta   |   Published 18.07.19, 08:22 PM

Not one passenger from the train involved in Saturday’s accident turned up to record their statements at the Metro headquarters on Thursday during the second leg of the inquiry into the accident.

The only person to record his statement said he was on a following train that had stopped at Esplanade because services were stopped after the accident. “His statement is going to be of little value,” a Metro official said.

When Sajal Kumar Kanjilal had tried to get into the third compartment of a Kavi Subhash-bound train at Park Street on Saturday, the train was packed. Many passengers had said they tried to dissuade him from boarding the train.

Some had said they had tried communicating with the motorman through the emergency talkback units but the devices had not worked properly.

There were several people on the platform as well, according to the CCTV footage.

“We had hoped at least some of the passengers would turn up,” another official said.

A few days ago, one of the passengers who said he was in the same coach Kanjilal had tried to get into had expressed apprehension that he might somehow “get implicated in the case” if he turned up to record his statement.

A similar inquiry was held days after December 27, when an AC Metro had caught fire between Radindra Sadan and Maidan stations. At least five passengers had suffered fractures — some trying to smash their way out by breaking windowpanes.

A few passengers had turned up at the inquiry then, including people who had suffered minor injuries.

The CRS, JK Garg, arrived at Metro Bhavan before 11.30am. Notices about the inquiry had been pasted on the walls of the headquarters and on notice boards on the ground-floor corridor.

The inquiry was held at a conference room on the tenth floor.

Garg recorded the statements of the Metro employees — the train’s motorman and guard and members of the staff present at Park Street station on Saturday evening.

The motorman and the guard have been suspended — benched from their duties till the inquiry into the accident is complete.

The two got the stick apparently after their statements furnished to Metro officials did not include specific timings of the events that unfolded on Saturday.

Garg will continue his inquiry into the accident on Friday. He is expected to record the statements of technical people.

He will speak to employeess involved in maintenance of trains at the Noapara car shed and representatives from the Integral Coach Factory, the manufacturer of the train involved in the accident, and the Lucknow-based Research Designs and Standards organisation, whose clearance is mandatory before trains start commercial runs.