Presidency University to hold no entrance exam for undergraduate courses

Students to be admitted on the basis of their board marks 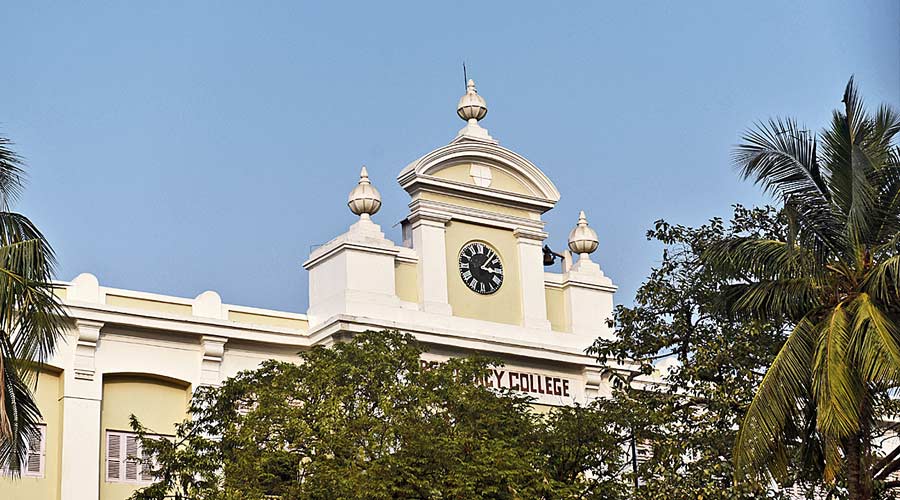 Presidency University will admit students to its undergraduate courses based on board marks as entrance tests could not be held, an official of the institute said on Tuesday.

An admission notice issued on Monday said the merit lists for subjects in arts and science, barring statistics and economics, will be prepared on the basis of marks obtained in Class 10 and Class 12 board exams.

For economics and statistics, students will be admitted based on their higher secondary or equivalent 12th standard board marks.

Aspirants can submit online applications till 3 pm on August 20, it said.

"We have posted details about the admission procedure for UG courses (arts and science) on August 2. It will be based on the marks obtained by students," Presidency University Vice Chancellor Anuradha Lohia told.

The decision to admit students based on board examination marks was taken after the higher education department asked authorities of the state government-run universities not to hold any entrance test or counselling for undergraduate courses as part of screening process this year and only go by the marks awarded through evaluation method.

The state board exams for Class 10 and 12 were not held this year due to the Covid-19 situation.

In case of tie for preparing the merit lists, the candidates will be judged considering their percentage of aggregate marks obtained in the Class 12 examination at the first instance. A student obtaining more aggregate marks will have a better rank, the admission notice said.

If tie exists thereafter, the process will be repeated considering the percentage of marks obtained by them in Madhyamik or equivalent 10th standard examination, it added.

The SFI-controlled Presidency University Students' Council has opposed the new admission criteria by the higher education department, arguing that the government interfered with the functional autonomy of institutions and compromised with their high academic standard set up over the years.