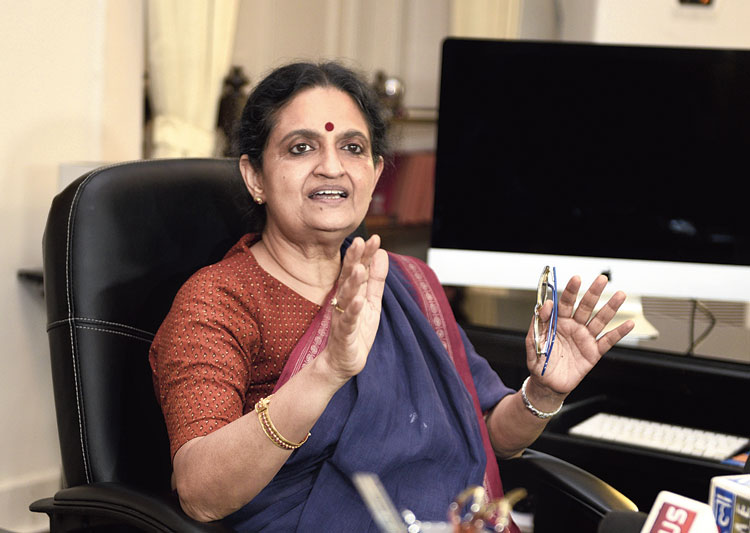 The vice-chancellor of Presidency University, Anuradha Lohia, will meet the students on Thursday to discuss their demands about completion of repair of three wards of Eden Hindu Hostel so that the boarders can return.

Some students have been holding a sit-in since January 21 to protest delay in repair of wards 3, 4 and 5 of the hostel.

Vice-chancellor Lohia had said in the last week of February that she wouldn’t go to the College Street campus, where the sit-in is being held in front of her office, till the students withdrew the demonstration.

Lohia had been working from the New Town campus during the period, a university official said.

The VC, however, sent an email to the agitating students on Wednesday afternoon, expressing her desire to meet them, the official said.

“As per your request to discuss the issues of both the hostels (the boys’ hostel and the girls’ hostel), we will meet 6-8 representatives from both hostels included, on the New Town campus on March 12,” the mail said.

The protesters had blocked the crossing of MG Road and College Street for 22 hours over the hostel issues between February 5 and 6.

“We will meet the VC to find out why there has been no repair of the three wards. We would also raise the issue of the termination of service of eight mess staff at the hostel,” said Debabrata Mandal, one of the protesting students.

Another protesting student said the authorities were forced to undertake repair of wards 1 and 2 after four-and-a-half-month-long sit-in by students from August 2018.

Education minister Partha Chatterjee had said last Friday that the university authorities and the students should immediately meet to resolve the stand-off.