With the Voter Verifiable Paper Audit Trail (VVPAT) machines making a debut in the upcoming Lok Sabha election, a demonstration was held at the subdivisional office of Bidhannagar last week 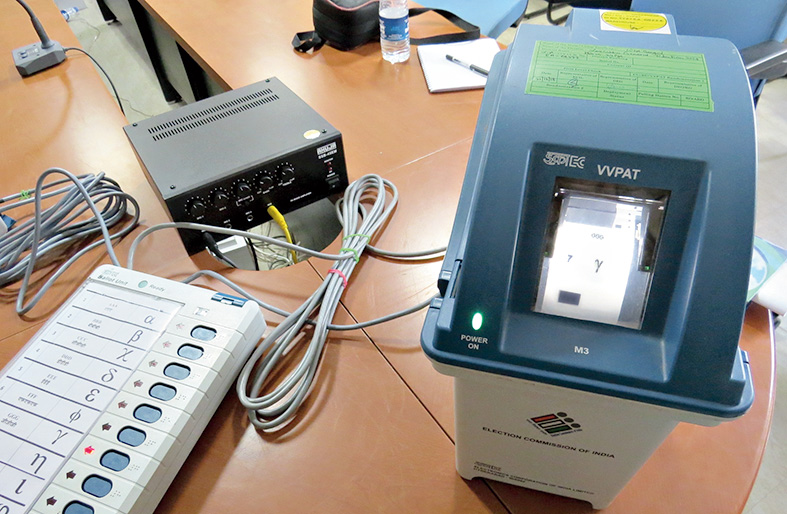 ABC of VVPAT: Press button on the ballot unit to vote. The signal passes to the VVPAT machine. The voter sees his candidate’s name, election symbol and serial number on a paper slip, printed instantly, through a transparent slot for seven seconds before it drops inside the machine.
The Telegraph picture
Sudeshna Banerjee   |   Calcutta   |   Published 28.01.19, 08:45 AM

With the Voter Verifiable Paper Audit Trail (VVPAT) machines making a debut in the upcoming Lok Sabha election, a demonstration was held at the subdivisional office of Bidhannagar last week. The machines are meant to assure voters that their votes are getting recorded in the name of their chosen candidate and no other.

The subdivisional officer, who is acting as the electoral registration officer (ERO) for the Bidhannagar assembly constituency as well as an assistant returning officer for the Barasat parliamentary constituency of which Bidhannagar is a part, conducted the demonstration.

He issued both a warning and a reassurance. “Though indoor electric lights are not an issue, the VVPAT machines are sensitive to warm lights. So some machines might malfunction if exposed to sunlight on election day. But do not panic. We are keeping enough units at hand as replacements if the need arises. Also an engineer from Electronics Corporation of India (ECI), which manufactured the machines, will be on duty in each of the 24 sectors into which the Bidhannagar assembly constituency has been divided,” said Saikat Chakraborty, the ERO.

Earlier when the presiding officer in a polling booth used to activate the control unit of the electronic voting machine (EVM), a voter would press on the button against the chosen candidate’s name and the signal would pass back directly to the control unit and get recorded. Now it would pass through a VVPAT machine. The voter can see the candidate’s name, election symbol and serial number on a paper slip, printed instantly, through a transparent window in the machine for seven seconds before it drops out of view and gets deposited in the machine. “After polling is over, we have to preserve the paper slips in black packets. For every assembly constituency, one VVPAT machine from any polling booth will be sent to the counting station for physical verification against the electronic counting of the votes cast. The Election Commission (EC) can send for the other VVPAT machines, if needed,” Chakraborty said.

To acquaint voters with the new machine, officials are visiting schools, community centres and government offices to hold demonstrations.

ECI engineers have conducted a first level check on the polling units that have reached the newly constructed warehouse at the Subdivisional Office.

Polling machines to be used in three assembly constituencies — Bidhannagar, Rajarhat New Town and Rajarhat Gopalpur — are being stored at the warehouse under strict electronic surveillance. 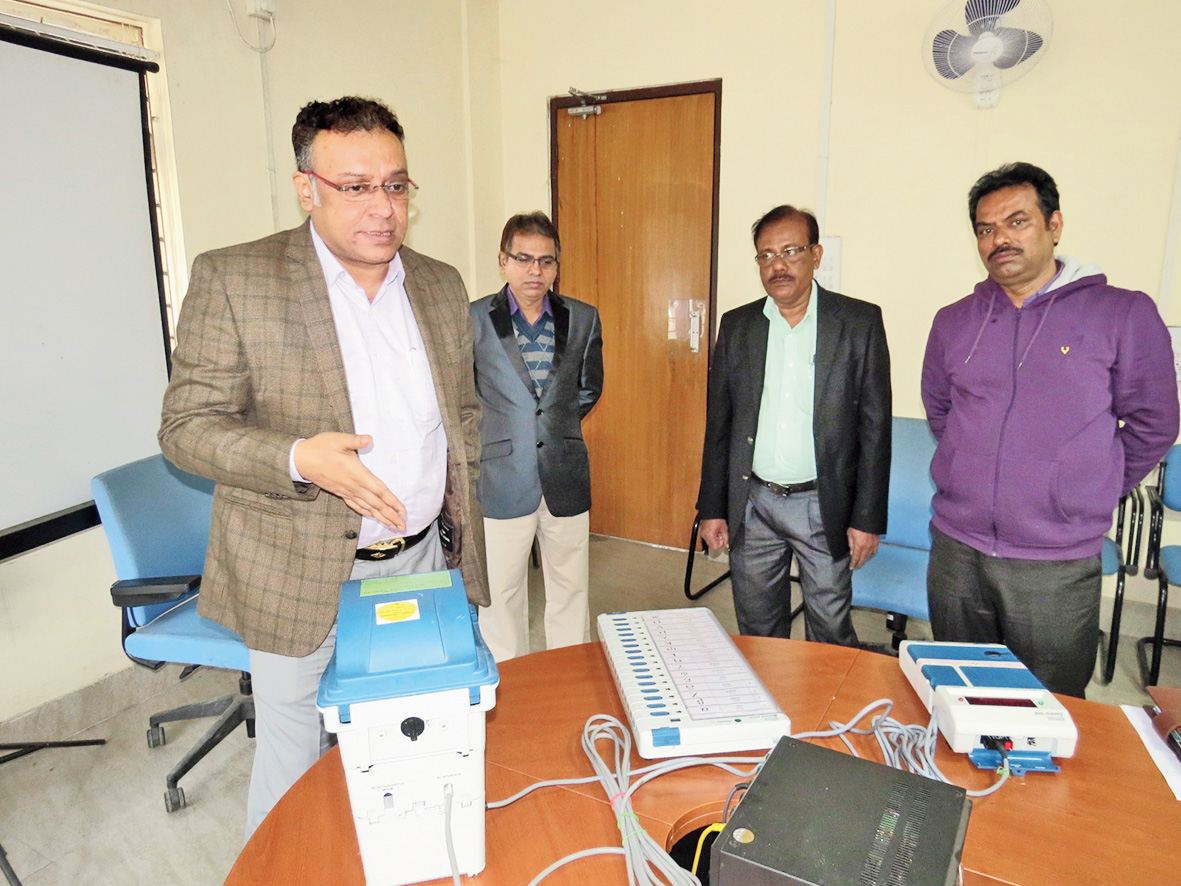 If you have applied for your first voter card, head to your local polling booth to get your EPIC today. “On January 25, being observed as National Voters Day, our booth level officers will be present from 11am to hand over cards to new voters who have reached the age of 18 years and had applied for inclusion in the voters’ list during the summary revision of electoral rolls held from September to January,” said an official.

Other than inclusion, lists have also been put up at the booths for deletion and correction of names and transposition of address within the same assembly constituency.

If a voter has missed the deadline for the summary revision, there is still scope to get the job done under the continuous updation process by visiting the permanent EPIC centre set up on the ground floor of the SDO’s office in DJ Block.