The inspector also recovers dowry given by bride’s family 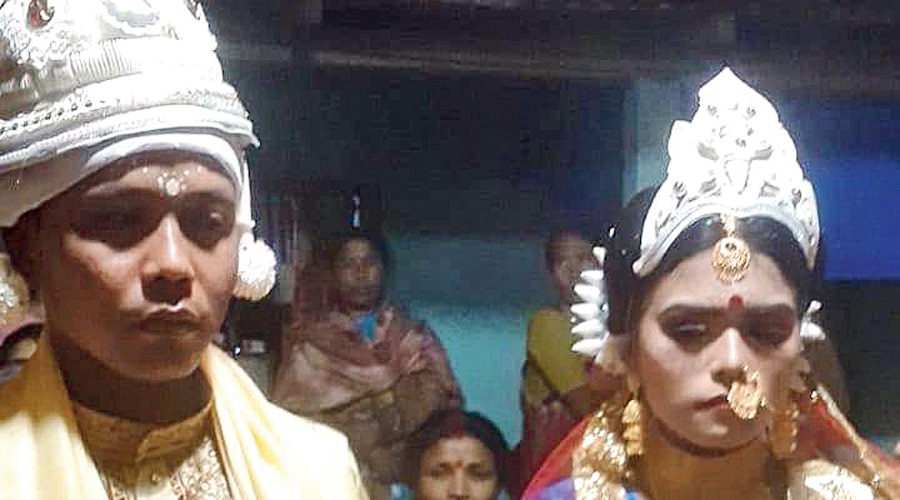 A police officer posted here went beyond the call of duty on Monday to arrange a groom for a girl who resides in a locality under his police station area after a youth with whom her marriage was fixed absconded a few hours ahead of the ceremony.

Basudeb Sarkar, the inspector-in-charge of Kumargram police station, also took the task to collect the cash and other items which the youth had taken from the girl’s family.

Sources said Mintu Burman, a resident of Baburhat in Alipurduar-I block and home guard by occupation, was supposed to marry a girl of Kumargram, Supriya Das, on Monday.

The girl’s family had also handed over some cash, gold ornaments and a two-wheeler to Mintu as dowry.

On Monday afternoon, when preparations for the marriage were on in full swing at the bride’s home, the family members of the groom-to-be called them up and said he would not marry the girl. “They called up and said he has an affair and that he has fled home in the last minute. We were too shocked to react,” said the girl’s father Rashu Das.

As the news spread, some neighbours and relatives advised the bride’s family to approach the local police authorities. Accordingly, Das and some other relatives went to Kumargram police station. There, they briefed inspector Sarkar about the groom’s decision.

Sarkar, on hearing the details, took up the task to find a groom for Supriya. He zeroed in upon Dhiresh Das, a civic volunteer posted at the police station. “I spoke to Dhiresh who is unmarried. He consulted with his family and agreed to marry the girl. It was good that the girl got married the same day and the arrangements made by her family did not go in vain. I appreciate Dhiresh’s decision,” said Sarkar.

In the evening, Sarkar turned up at the bride’s place to greet the newlyweds.

Sarkar, local residents said, is known to be a tough cop. His work during the KLO (Kamtapur Liberation Organisation) movement is well known and he has been recognised with a number of awards. “In Kumargram, he has arranged marriages of a number of girls from poor families. But what he did on Monday is remarkable. The girl’s family had lost all hope,” said a resident.

Sarkar not only found a new groom for Supriya, he also made arrangements to get back the cash, gold and two-wheeler that her family had handed over as dowry to the home guard’s family.

The girl’s father was overwhelmed. “We will stay grateful to him (Sarkar) all our life for what he did for my daughter,” Das said.