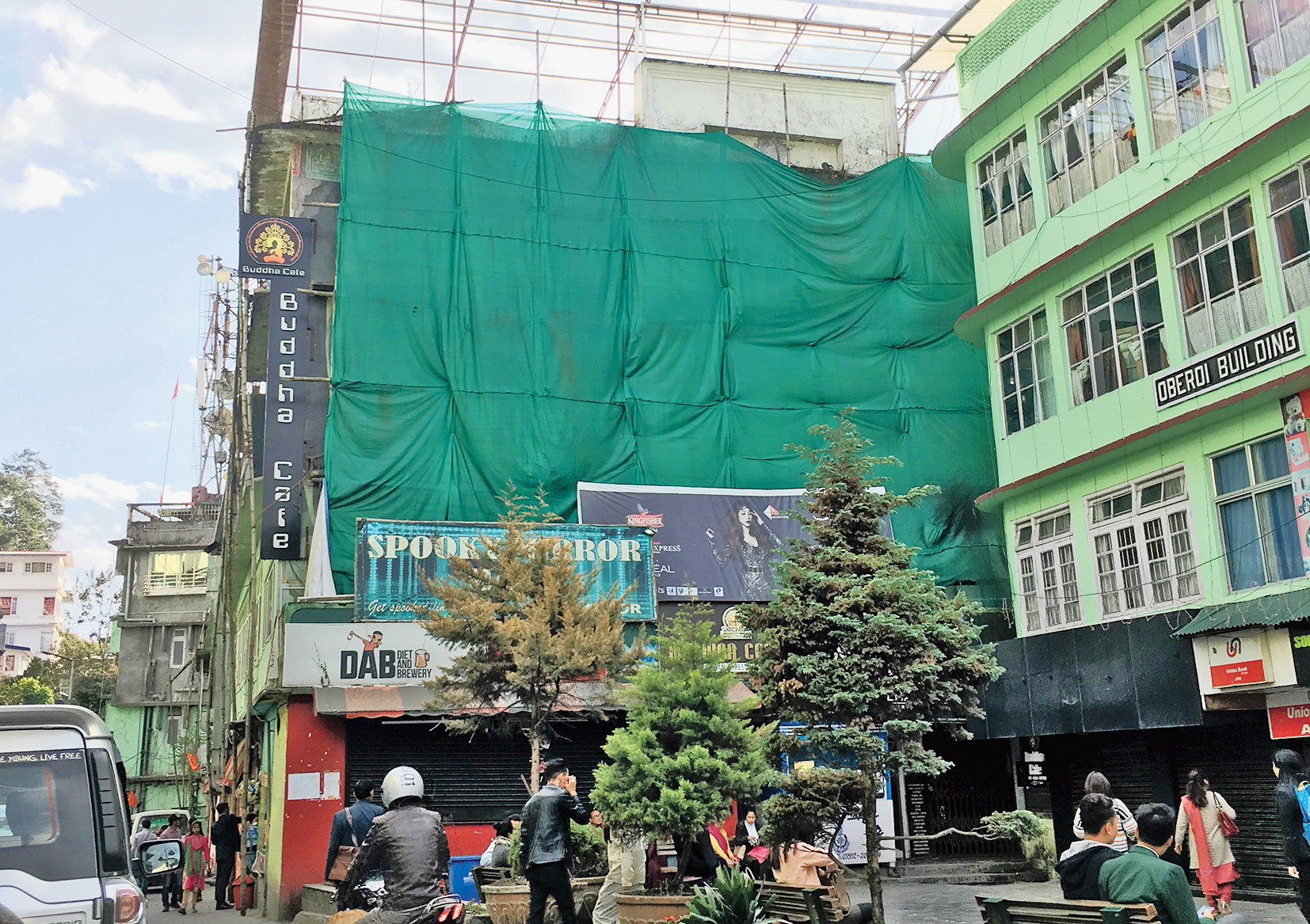 Shops and restaurants owners, whose establishments at the Star Hall complex here have been sealed, have appealed to the Sikkim urban development and housing department to allow them to run their shops in the building till the construction of the new complex begins.

The government plans to construct a multi-level car park and commercial complex spread over 17,000 square feet by dismantling the Star Hall building, a prominent landmark in the town, adjacent to M.G. Marg.

Sources said a Howrah-based Panchdeep Construction Limited has been tasked to construct the new complex. The project would cost around Rs 100 crore.

The eight-storied complex will be built, operated and transferred on public-private partnership model.

The district administration had sealed ten shops on the ground, first and second floors of the UDHD-owned complex on November 5, acting on a request made by the department that had sought eviction of illegal occupants.

Kushal Rai, a restaurant owner in the building, said: “The Gangtok Municpal Corporation had stopped issuing licenses to us from March 2017, citing the department’s directive. Till then, we were all running our business with valid licenses. Our appeal is to allow us to run our establishments till the work on the new complex begins.”

“There are shops in the building that are operating with valid licenses, and we are willing to do the same. We have taken loans to set up our businesses, and we will have to repay. Moreover, the ten sealed shops employ about 70 workers, who have become jobless overnight,” Rai added.