Plea for SoP on Bangla import 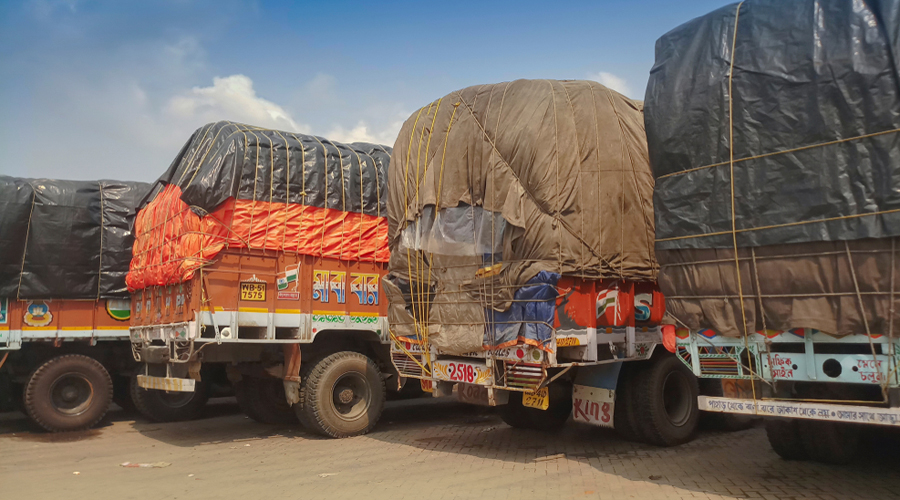 Traders and clearing agents on Tuesday appealed to the North 24-Parganas district administration to issue “standard operating protocol” immediately for resumption of imports from Bangladesh through Petrapole and Ghojadanga land ports.

The trade between India and Bangladesh had been suspended because of Covid-19.

The Bengal government on June 6 allowed resumption of export through Petrapole. On June 19, it separately approved the export to resume through Ghojadanga.

“We were told that separate SoP for the import would be issued soon. But till Tuesday, import could not be resumed at these two ports, unlike Mahadipur and Hili in north Bengal,” said a clearing agent.

A trader said: “It has been more than three months. Many like me sent money to Bangladesh for import after taking bank loans. But we are not in a position to refund it. The booked items are stuck on the other side of the border. We are unsure of its condition as many of the consignments include perishable products”.

Members of the Petrapole Clearing Agents’ Staff Welfare Association have appealed to the district administration to allow the import immediately for the sake of border trade.

Secretary of the Petrapole Clearing Agents’ Staff Welfare Association Kartick Chakraborty said: “We need to start accepting items from Bangladesh as they accepted our export orders. We have to keep the balance of border trade as more than 500 Bangladeshi cargos are waiting at Benapole to enter India.”

A senior official in the district administration said on condition of anonymity: “Nabanna would take the final call on the issue after checking the Covid-19 situation on the other side of both the ports. Else, it would be a quite risky affair to allow Bangladeshi cargo.”

The association has proposed to resume the import under CCTV camera surveillance following the Covid-19 SoP prescribed by central and state governments while unloading goods at a separate place without allowing Bangladeshi cargo drivers to come out of their cabins.

Secretary of the Ghojadanga C&F Agent Employees Cargo Welfare Association Joydev Sarkar said: “We are ready to comply with the guidelines for safety and security. But the trade has to start.”

Trinamul’s Basirhat MLA Dipendu Biswas said: “Nabanna has been appraised of the issue. I am in touch with the state government and quite hopeful about resumption of the import soon”.