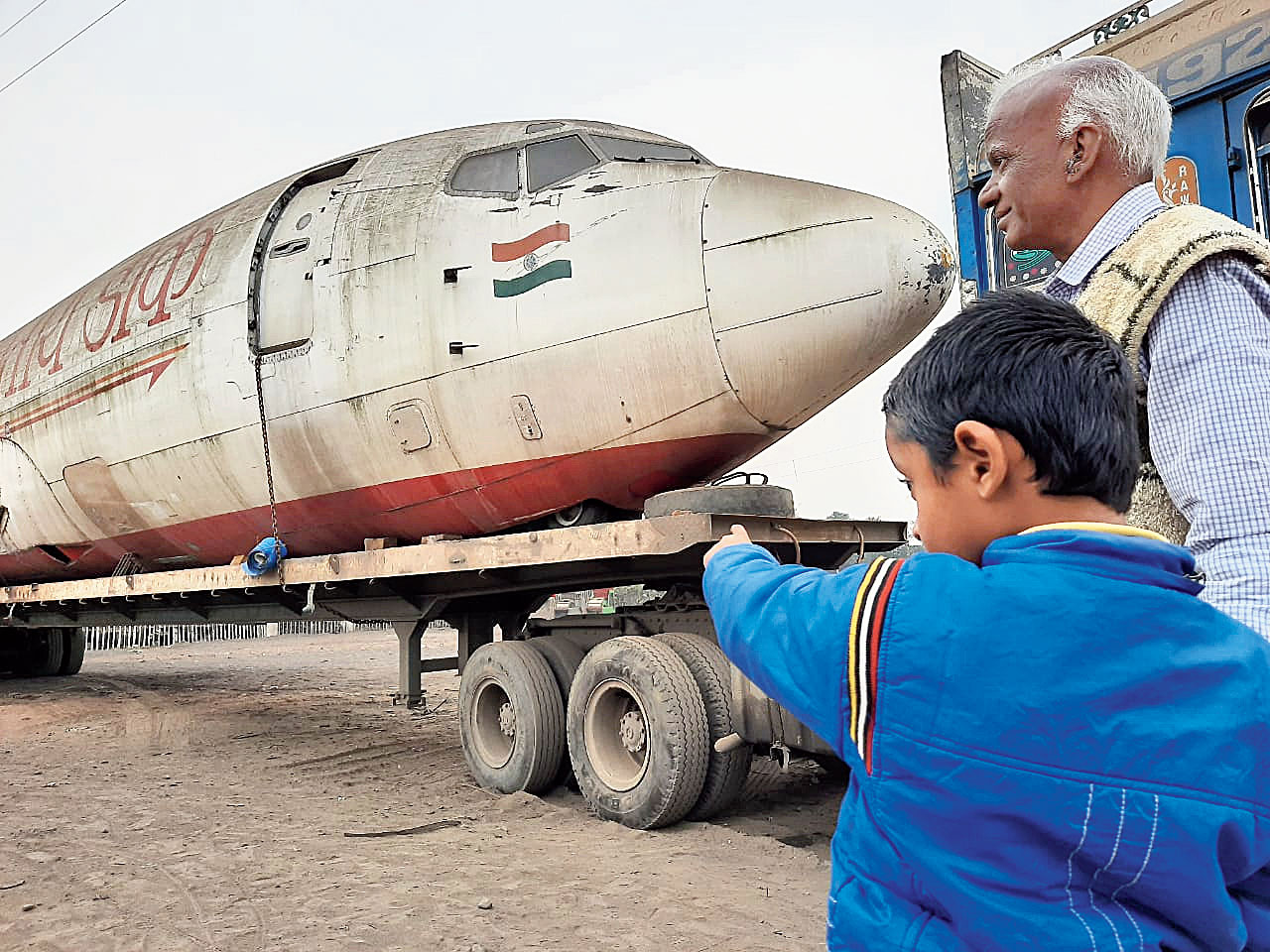 The Waria police outpost here has become a veritable tourist attraction thanks to its unusual occupant — an out-of-use Air India cargo aircraft.

A trailer truck carrying the Boeing 737 plane which belonged to the India Post had been stuck under a flyover on NH2 in West Burdwan’s Durgapur town early on Tuesday morning.

The aircraft was being transported from Calcutta to Jaipur, where it was supposed to be converted into a speciality restaurant by a businessman.

The trailer and the aircraft were removed after reducing the truck’s tyre pressure. The National Highways Authority of India disallowed the truck from proceeding with its journey, following which the Durgapur brought the vehicle and the plane to the Waria outpost.

Ever since, people have been flocking to the outpost to see the plane and click the pictures and selfies with the aircraft in the background.

On Thursday, hundreds of families — with young children in tow — came to the peripheries of the police outpost to view the unusual sight.

“I have come with my grandson from Jamuria to see the aircraft. None of us has ever boarded a flight. So, it is an opportunity for us to see it,” said Dinabandhu Gorai, a former factory labourer.

The footfall was much more on Christmas day.

Police officers said the remaining parts of the aircraft, like the wings and tail fin, had been shipped by the transporting agency in separate consignments.

Highway officials alleged that the load of the aircraft-bearing trailer was beyond the permissible limit.

“The highway was likely to be damaged by the heavy load. I am surprised that toll operators allowed it to pass,” said a highway official, adding that the rest of the trailer’s route would have included several other flyovers at a similar elevation if it was allowed to continue with its trip.

The NHAI officials and the police said the fate of the trailer and the aircraft had not been decided on.

“The buyer of the aircraft has been summoned for questioning. Officials from the transporting agency have reached Durgapur,” said a highway official.