Usually, tourists spend a few hours or maximum a night in the city during their trip to the region 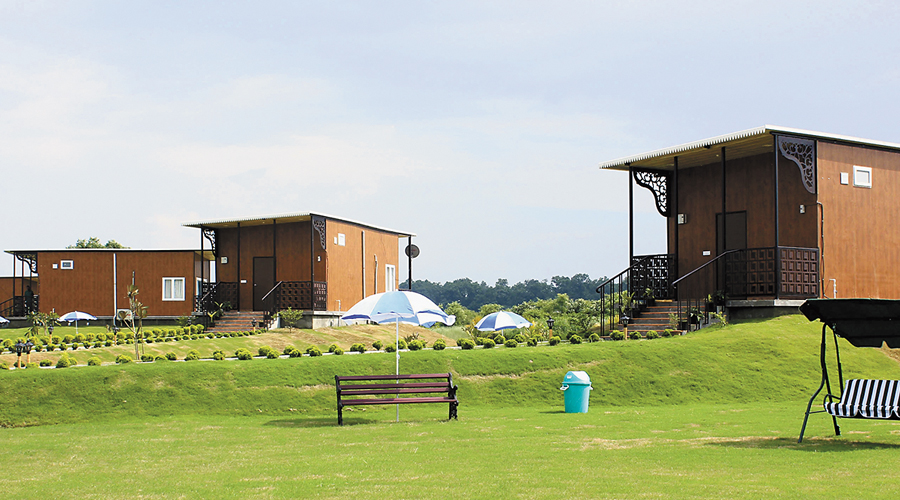 The Bengal tourism department has drawn up a plan to showcase Siliguri — the gateway to Northeast — as a single destination rather than a transit point as a number of attractions have up in and around the city in the past few years.

“Till now, Siliguri has been a transit point for tourists travelling to the Darjeeling hills, Dooars, and the neighbouring countries of Nepal and Bhutan. However, during the past few years, a number of new attractions were developed in and around the city. We feel tourists can enjoy spending a couple of days in the city,” said state tourism minister Gautam Deb.

Ever since Mamata Banerjee became the chief minister in 2011, her government has time and again laid emphasis on tourism, a sector that provides employment to over millions in the state, including north Bengal.

Since 2011, new attractions like the Bengal Safari Park have come up off NH31, on the outskirts of the city. “Bhorer Alo,” a mega tourism hub, was also developed on the banks of the Teesta at Gajoldoba (located around 25km away) in Jalpaiguri district.

Added to them are attractions like the Biswa Bangla Haat at Kawakhali — a display-cum-exhibition centre of handicrafts, the Iskcon temple in northwest of the city, the Mahananda Wildlife Sanctuary that is around 10km away and Sevoke, which is known for its scenic beauty. There are a number of Buddhist monasteries nearby.

Sevoke is around 25km from Siliguri.

“Altogether, these are some places which can draw tourists. If we can promote the city as a destination with varied options for entertainment, it would also give a boost to the tourism sector that has taken a beating during the past few months,” said Deb.

Usually, tourists spend a few hours or maximum a night in the city during their trip to the region.

Tour operators have welcomed the department’s plan for Siliguri.

“The city definitely has the potential to emerge as a one or two-night destination for tourists. It is good that the state tourism minister is mulling on the proposal. But simultaneously, the stakeholders and agencies like the

local civic body and the Siliguri Jalpaiguri Development Authority also have to take responsibilities for Siliguri’s development so that tourists are encouraged to plan a new itinerary and are provided with best hospitality and services,” said Samrat Sanyal, general secretary, Himalayan Hospitality & Tourism Development Network.

Tourism minister Gautam Deb has said a project has been taken up for the development of amenities on the premises of the Bhramri Devi Temple, an old shrine in Jalpaiguri district.

He made the announcement during his visit to the temple at Bodaganj, on the fringes of the Baikunthapur forest, on Wednesday.

“Our department has allotted Rs 3.67 crore for infrastructure development of the temple. There would be some renovation work and a new dining space and resting place for devotees. The new facilities would be inaugurated soon,” he said.